Helping the poor by feeding the rich 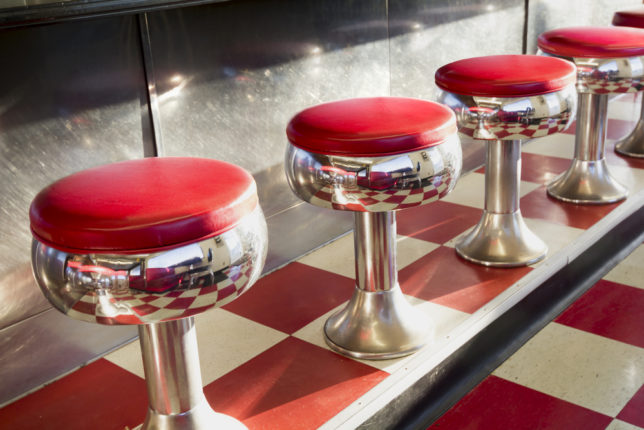 Suppose you run a restaurant that many food and wine magazines rate the world’s best, a place where you have to wait six months for a table. Your company now makes $4 million a year, and you want to do something philanthropic. What do you do?

Meyer’s efforts at building a social enterprise in the Third World are discussed by Carolyn Kormann in this New Yorker article. (Kormann previously wrote for the New Yorker about Foldscopes, which I discussed in this piece)

Meyer explained to Kormann that he didn’t set out to be a millionaire. He wanted to create a place where customers could enjoy local ingredients, served well. He helped create the “New Nordic Food Manifesto,” which called for food producers to have “purity, freshness, simplicity, and ethics” in what they made and sold.

But after becoming relatively wealthy, Meyer decided to see if he could create a nice restaurant in a country where the restaurant’s purchases could help local farmers find new markets. Kormann explained that he first wrote to the European Union’s agriculture commissioner, asking for any suggestions about countries that could use his help. He received no response, and decided to look for “a poor (but not too poor) place with exceptional biodiversity and very little crime.” He nearly decided on Vietnam, but realized that Vietnamese cuisine was fully developed. Then he learned about Bolivia, which has, according to Meyer, “a great undiscovered larder of fantastic products to be seduced by.”

But there are reasons why Bolivia is an undiscovered country. La Paz is exceptionally high; the lower parts of the city are at 11,000 feet, and Meyer had to take an oxygen tank with him on his first visit. He didn’t know if there would be any market for a relatively expensive restaurant, particularly since the very high altitude kills most people’s appetite for fifteen-course feasts. But Meyer decided to take the plunge, and working with the Danish nonprofit IBIS, he set to work.

It proved quite a challenge. Bolivia has 20,000 species of edible plants, and most of them are ones unknown outside the country. For example, a potato called tunta is preserved by being left outside to freeze and thaw, then soaked in a river for up to a month, and then dehydrated, resulting in a vegetable that Gustu’s head chef, Kamilla Seidler, called a “hard-core” one that tastes like chalk and blue cheese.

The organizers of Gustu had lots of problems that they would not have had in Europe or America. They had to hunt down interesting plants, instead of having farmers bring their products to them. They had to train staff, and started Bolivia’s first culinary school in the process. And when Gustu opened in 2013, they had to convince wealthy Bolivians, who would go to expensive French or Asian restaurants on their nights out, to spend money on European interpretations of their country’s food.

Still more problems arose from the changing nature of Bolivian politics. The country’s longtime president, Evo Morales, while democratically elected, is a strongman who crushes dissent; IBIS, the Danish nonprofit that partnered with Meyer, was expelled from Bolivia in 2014 for purportedly spreading subversion against the Morales regime. Gustu, however, catered Morales’s third inaugural and the strongman has privately recommended the restaurants.

After three years, Kormann reports, Gustu is turning a profit, although it is not as exclusive as its creators would like it to be. But the restaurant’s relative success has encouraged its competitors to use local ingredients. Other businesses have also been created, including the first company in Bolivia to use refrigerated trucks to ship food from farm to market, and other entrepreneurs who have begun selling tours of farmers’ markets. A lower-priced offshoot of Gustu is set to open shortly.

As for Claus Meyer, he has moved to Manhattan, where he plans to open a Danish bakery and two restaurants in Grand Central Terminal. He’s also planning a restaurant and cooking school in the low-income area of Brownsville, which hopes to train inner-city students for the booming New York City restaurant market.

You might not think helping the poor by pleasing the rich is an effective strategy. You might be troubled by spending $150 for a dinner in a country where this amounts to three weeks of the average annual wage. But what Kormann shows is that it isn’t Gustu that is the story, but all the businesses that Gustu inspired to help Bolivian agriculture.

I wouldn’t call Claus Meyer a social entrepreneur, but Kormann shows that he’s directly or indirectly done a great deal of good. I wish him well in his efforts to help the poor by feeding the rich.