Helping Others Help Themselves: The Power of Collaboration 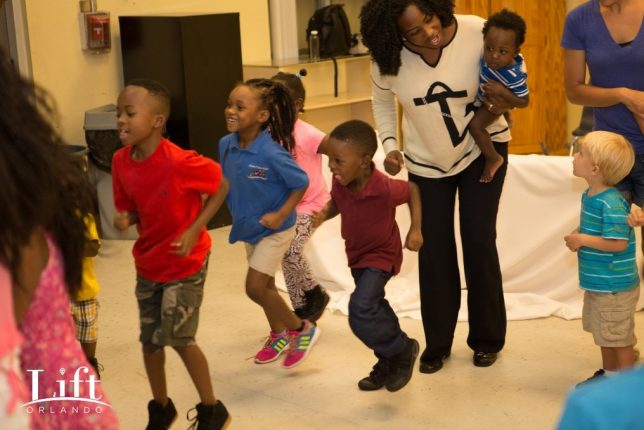 LIFT Orlando was founded to leverage the reconstruction of the aging Camping World Stadium (formerly known as the Citrus Bowl) and ignite positive neighborhood transformation for its nearby families. Among the group’s efforts is its MVP Families program, designed in part to develop local community leaders, strengthen the bonds between parents and children, connect families with other families, and set and achieve family goals. Photo courtesy of Talking Head Studios.
by Kristen Eastlick

Summary: It’s a rare organization that can begin in humble origins, carve out an identity as a major economic and philanthropic presence, and, for more than sixty years, faithfully embody the entrepreneurship, industriousness, and compassion of its namesake. And yet that’s exactly what Central Florida’s Dr. Phillips Charities has been able to do. This installment of the Doing Good series shows just a small portion of the impact one family’s legacy has made on a community for generations.

The Power of Collaboration

Another program that illustrates the Doc Phillips legacy also begins with real estate.

In 2012, Tom Sittema, CEO of CNL Financial Group, gathered a group of community-minded business leaders to pursue the question: “How can the business community help solve some of our city’s most complex social problems?” After much research, they became inspired by the opportunity to leverage their influence and align their social responsibility efforts in partnership with Florida Citrus Sports (FCS) as the firm worked to redevelop the aging Camping World Stadium (formerly known as the Citrus Bowl). LIFT Orlando was founded to leverage the stadium’s reconstruction and ignite positive neighborhood transformation for its neighboring families.

This ambitious project challenges the paradox of “toxic charity,” as described by author and urban activist Bob Lupton. In 2009, the three-year research project, “Seeking the Welfare of the City,” identified an impressive 3,800+ registered non-profits and charities in Central Florida. However, it also found that the area had consistently been ranked among the worst out of the 200 U.S. cities evaluated annually by the Gallup Well-Being Index. In spite of a great culture of service in Central Florida, most charitable organizations had failed to realize that relief and betterment programs alone have never proven to strengthen families for the long term.

Most charitable organizations have failed to realize that relief and betterment programs alone have never proven to strengthen families for the long term. LIFT Orlando has opted for a different approach.

Armed with that research, LIFT Orlando opted for a different approach. The organization harnesses the powers of entrepreneurship, charitable giving, and smart city planning. It consists of business leaders partnering with residents to break the cycle of poverty through neighborhood revitalization, including mixed-income housing, cradle-to-career education, community health and wellness, and long-term economic viability. But this innovative initiative would not have been launched without Dr. Phillips Charities.

Ken Robinson, President and CEO of Dr. Phillips Charities, first learned about LIFT Orlando while on the board of Florida Citrus Sports. As LIFT Orlando’s executive director, Eddy Moratin, describes, “[Ken heard] about what we were envisioning for these inner-city neighborhoods and immediately offered to help. He asked us how we were going to manage to transform what was then the worst apartment community in Orlando in the lowest income neighborhoods in town.”

In 2013, Fannie Mae foreclosed on a major apartment complex near the stadium, displacing roughly 1,200 residents. The agency then wouldn’t sell the structures to LIFT Orlando, instead selling them to the City of Orlando. Through a program-related investment of $4 million dollars from The Dr. P. Phillips Foundation, LIFT Orlando was able to purchase then demolish the buildings and start the rebuilding process. “[I]t was the bold [investment] to a new and untested nonprofit that provided the greatest example of The Dr. P. Phillips Foundation leadership in our story,” explains Moratin.

Dr. Phillips program managers have again followed a results-oriented approach to grantmaking. “They have been much more interested in outcomes than process,” says Moratin. “They knew the [Orlando] area well because of Ken’s involvement on the FCS Board, so it was clear that LIFT Orlando’s holistic vision…was the kind of bold intervention needed. Their expertise in real estate development and property management helped them see the possibilities.” 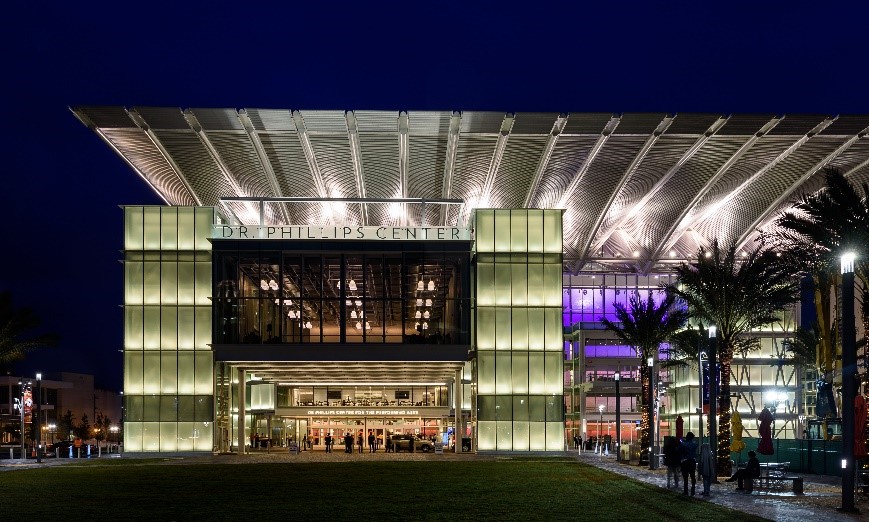 LIFT Orlando also brings out the best through collaboration among business leaders, community leaders, and government agencies. Among their major milestones, the group has raised $40 million to build 200 units of new, mixed income housing; initiated Job Support Services including recruiting local employers with the goal of 100 percent employment in the neighborhood; secured an annual gift of a $100,000 matching grant from the College Football Playoffs Foundation for teacher development, recognition, and supplies; and received a grant of $400,000 from JP Morgan Chase to offer microloans to businesses in the development area.

The latest research supports the boldness of The Dr. P. Phillips Foundation in funding LIFT Orlando’s projects. “An overwhelming amount of research, in fact, asserts that…truly breaking the cycle of generational, concentrated poverty requires a holistic approach with a bold geographic focus,” explains Moratin. “A recent study by the Federal Reserve affirmed the importance these place-based initiatives [like LIFT Orlando] for their vital role in connecting economic growth to economic opportunity in disenfranchised neighborhoods.” In this way, LIFT Orlando embodies the foundation’s goal “to help others help themselves.”

It’s been more than 100 years since the Phillips family began transforming Central Florida through a combination of entrepreneurship and compassion. LIFT Orlando continues that tradition of meaningful change.

The Dr. Phillips Center for the Performing Arts

Dr. Philip Phillips and his wife, Della, were great supporters of the performing arts. To date, Dr. Phillips Charities pledged $37,288,500 million in contributions to The Dr. Phillips Center for the Performing Arts, a world class performing arts center in Downtown Orlando, Florida. This beautiful $500,000,000 venue is a wonderful example of philanthropy, business, and the community coming together.

The vision for this vibrant cultural community gathering place reflects the past vision of the Phillips family and todays board to build a dynamic downtown Orlando. The Dr. Phillips Center showcases Arts for Every Life and further reflects the vision that Doc and Della endowed the city with, a combined passion for community and a love of the arts.

While the Phillips family is primarily known for innovations in the growing, processing, and packaging of citrus, contributions to the performing arts that began in their home on Lake Lucerne, just blocks away, continue to shape the arts community of Central Florida. The Dr. Phillips Center for the Performing Arts represents Dr. Philip Phillips’ legacy in more ways than just his love of the arts. He cared for the people who worked for him, the Central Florida community, and lived up to his legacy “Helping Others Help Themselves.” The Dr. Phillips Center for the Performing Arts is a continuation of the legacy which proudly bears his name for all of Central Florida and the world to enjoy.

A vast majority of Dr. Phillips Charities giving is focused in Orange and Osceola counties. They are able to have the most impact by focusing their efforts locally. The structure of the organization is such that they intend to continue to grow and gift more each year.

Howard Phillips passed away in 1979. At that time, Dr. Phillips Charities was roughly $80 million. Today, 38 years later, they have grown more than three times that amount while gifting nearly $200 million.

When Dr. Philip Phillips passed away on April 18, 1959, the family ensured his marble tombstone read “Under His Hand the Wilderness Bore Fruit.” But Doc’s legacy extends far beyond the forests of his early orange groves. His wealth has enriched the communities of Central Florida, and through the generosity he inspired in others, thousands of lives have been transformed.

Tags: Helping Others Help Themselves