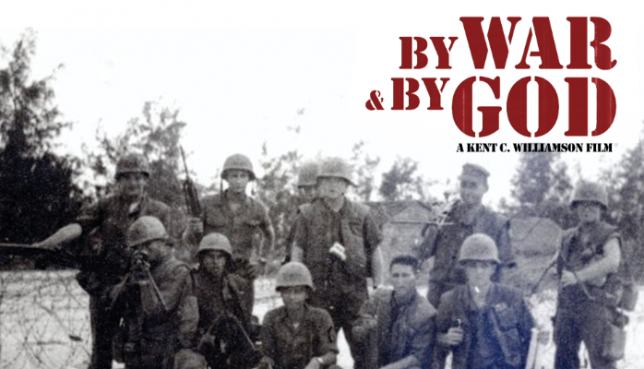 By War & By God, an award-winning documentary directed and produced by Kent C. Williamson, captures both the tragedy of war and the beauty of service by introducing viewers to the work of the nonprofit group “Vets With A Mission.” Half a century ago, thousands of young American soldiers experienced life-altering events during the Vietnam War. After years of reconciliation, some of these veterans decided to take action by returning to the areas of Vietnam where they fought, restoring relations with the people, and serving Vietnamese communities by providing medical, dental and faith-based care.

Using powerful interviews and remarkable historical footage, By War & By God tells the stories of struggle, faith, and forgiveness experienced by several veterans and their families. The film also shows how selfless service to the Vietnamese people has become true service and healing to the veterans also.

The film first takes viewers through the experiences of several veterans, including stories of ambush, injury, and death. These experiences—which could move anyone to tears—paint the dark picture of war and reveal the painful effect it has on returning soldiers. However agonizing, the soldiers then transform their plight into experiences of light by turning to faith and service.

The veterans choose to serve by returning to the people they fought. As former enemies meet, speak, and ultimately embrace, years of indignation and confusion turn into bonds of friendship and love. In this manner, the group Vets With A Mission is able to transform the lives of thousands of people, both American and Vietnamese.

The film was released in September 2016 and is available to view via Amazon Prime, or you may rent or buy it through Vimeo. More information is available on the film’s website, especially the podcasts they have begun.