Gun Control and the Alignment of the Progressive Left 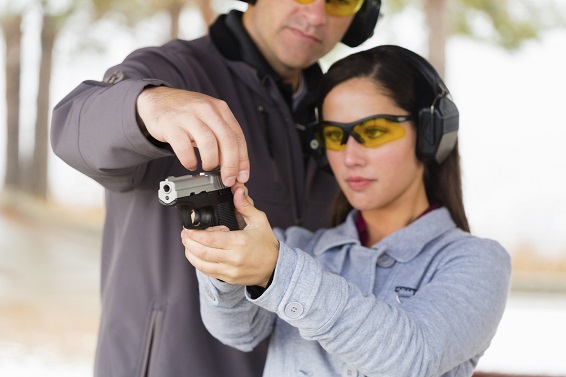 Americans join or support organizations based on their personal views and values. But associations or interest groups that take positions on issues that are disconnected from their apparent missions can create problems for their members who disagree with the group’s official stance. There are multiple examples of this on the progressive Left, and one involves gun control.

Recent firearms sales in the United States have been described as “off the charts.” The high demand has been attributed to a combination of the COVID-19 pandemic, persistent civil unrest, and the upcoming November elections. An unusually high number of purchasers are first-time gun buyers.

Americans who agree or disagree with such proposals can vote accordingly. They can also choose to support nonprofits that agree with their views. Major activist groups such as the Brady Campaign to Prevent Gun Violence, Everytown for Gun Safety, and Giffords vigorously push gun control nationwide. Because they explicitly state this mission, there is no risk of confusion over their stance on the issue. Americans who support gun rights can simply decline to support such organizations, without affecting their ability to get involved in other issues they care about.

But the situation is rather different when groups that exist for apparently unrelated purposes nevertheless stake out definitive positions on gun policy. This leaves supporters and members of such organizations who also support the Second Amendment with three options:

None of these are particularly good outcomes, but regrettably, many nonprofits present their pro–gun rights members and supporters with exactly this conundrum.

Some of the largest labor unions take decidedly anti-gun positions. National Nurses United has called for a ban on assault weapons, and its state affiliate, the California Nurses Association, endorsed background checks on ammunition purchases and a (recently struck down) ban on magazines that hold more than 10 rounds. The American Federation of State, County and Municipal Employees has passed resolutions that support imposing a “duty to retreat” on innocent people who are attacked in public and call an assault weapons ban a “reasonable” recommendation.

The National Education Association has passed resolutions supporting a “national database of gun sales,” bans on assault weapons and magazines, and waiting periods for all gun purchases. In 2019, it filed an amicus brief with the Supreme Court that appeared to question whether the Court’s prior ruling that the Second Amendment confers an individual right to bear arms “is correct and should continue to be followed.” The American Federation of Teachers adopted a resolution in 2018 that not only advocated various restrictions on firearms, but also resolved specifically to “combat” the National Rifle Association. Where does such language leave pro-gun union members?

Other examples can be found in major professional associations. The American Bar Association, despite its motto of “Defending Liberty, Pursuing Justice,” has a long history of supporting restrictions on gun rights and even filed an amicus brief with the Supreme Court in 2008 arguing that the Second Amendment did not confer an individual the right to bear arms. The American Medical Association, American Psychological Association, National Association of Social Workers, and American Academy of Pediatrics all support a variety of firearms restrictions that go far beyond important gun safety education and outreach (which, to be fair, they also engage in). Instead, their favored restrictions constitute what many people would consider to be infringements of Second Amendment rights.

Perhaps most confusing are those issue advocacy groups with missions the public would likely never associate with gun control, but that still take definitive positions on the issue. Planned Parenthood has advocated support for a host of anti-gun groups. The Anti-Defamation League has long pushed for restrictions on firearms, having even opposed the idea that Second Amendment rights should be enforceable against state and local governments. The Sierra Club publicly supports several gun control measures. The president of the NAACP has pointed to Australia’s highly restrictive firearms laws as a model for the United States.

On the other side of the coin are groups that, based on their missions, one would reasonably expect to defend gun rights but in fact do not. The foremost example is the American Civil Liberties Union (ACLU). Although it claims to be “the nation’s premier defender of the rights enshrined in the U.S. Constitution,” the ACLU conspicuously omits the Second Amendment from its efforts, opposing the very idea that the amendment confers an individual right at all.

No doubt most of these organizations, and others like them, have internally reasoned that support for gun control is sufficiently related to their mission to justify weighing in. But by speaking as one voice on behalf of all of their constituents, they necessarily exclude members and supporters who may think differently.

And for what reason? Given the number of well-heeled gun control advocacy groups that already operate nationwide, what purpose does marrying gun control with abortion, environmentalism, or organized labor serve other than to effect a broad left-progressive alignment across as many political issues as possible among nonprofits with purportedly distinct interests?

In spite of increasing political polarization, Americans can and do hold a variety of personal views that don’t neatly track the Republican or Democratic Party platforms. Nonprofit activist groups and membership associations are a critical vehicle through which people can selectively advance their particular interests or beliefs. But the more those organizations blend multiple issues together in non-intuitive ways, the less they resemble independent alternatives to the lock-step alignment with a political party. But perhaps that’s the objective.