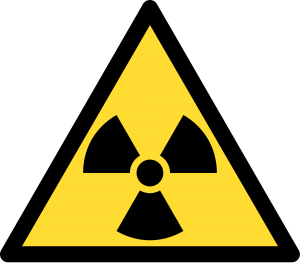 U.S. government policy on radiation exposure is based on irrational fear and on discredited science called “LNT.” The policy doesn’t just deny Americans access to useful technology and raise the price of electricity. In an emergency, the policy could be more dangerous to people than the radiation itself. What’s worse: The LNT concept goes beyond radiation exposure; it underlies other policies that cost billions and destroy jobs.

Bad science leads to bad decisions. When the Environmental Protection Agency (EPA) relies on an absurd theory of how radiation affects human beings, it threatens Americans’ access to life-saving medical technology and cheap electricity, it wastes tens of billions in storage and cleanup expenses, and it greatly increases the chance of ruinous overreaction to disasters and to security threats.

What kind of overreaction do we mean? Consider what happened in Japan. The 2011 earthquake and tsunami killed more than 18,000 people in Japan, including an estimated 1,607 people in the Fukishima prefecture. (Japan has 47 prefectures, akin to U.S. states.) Yet 1,656 died, mainly old and ill persons, during the panicked evacuation of the area around the Fukishima #1 power plant, according to Japan Today, a major Japanese newspaper. The evacuation was in response to following U.S. Environmental Protection Agency guidelines.

The number killed by radiation, fear of which was the basis for the evacuation? Zero.

Similarly, in Europe and the Soviet Union after the Chernobyl disaster, some 100,000 women reportedly had abortions out of fear that the radiation would cause thousands of cases of birth defects. The actual number of birth defects believed to have been caused by the radiation? Zero.

The name of the theory behind this hysteria is “linear no-threshold” or LNT. By the phony logic of LNT, any tiny amount of radiation will kill some number of people out of every million or billion people exposed.

And the theory is not just used with radiation. LNT is also how the government came up with many of its dubious risk guidelines for chemicals and minerals. Thousands of jobs are being sacrificed and billions of dollars are being spent by industry and municipalities in trying to comply with these limits.

The theory’s harm has worsened as science has progressed to the point where we can actually measure in parts per billion, which adds to the fear that almost any product may be dangerous. By ultrastrict standards, human breath itself can give you cancer (and, by environmentalists’ standards, it can cause “climate change”).

The “linear no-threshold” idea, in essence, is this: If 100 aspirins would kill the average person, then that same person would be killed by 100 aspirins taken at the rate of one a day for 100 days. Or, if one day 100 people each took one aspirin, then one of those hundred people would die.

The LNT principle is simple—the effect of something is proportionate to the dose you receive of it. For radiation, the standard [Click HERE for the rest of the article.]