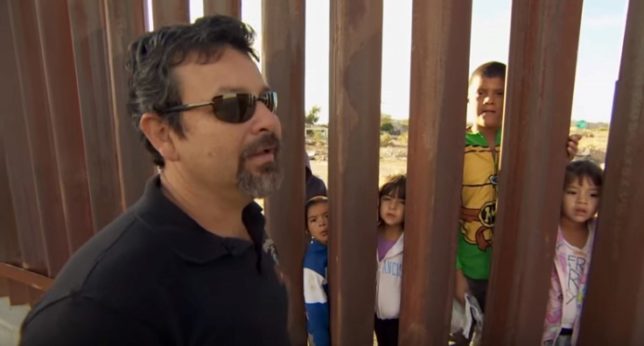 Capital Research Center gratefully acknowledges the assistance provided by OpenTheBooks.com in compiling federal grant data for fiscal year 2017, which provided the impetus for this research. This piece is the second in an occasional series exploring the funding of nonprofit organizations by the federal government.

Illegal immigration emerged as one of the foremost political issues of the 2018 midterm election and beyond. Debate over security and the construction of a wall along the U.S.-Mexico border invokes extremes ranging from President Trump’s national emergency declaration, to insistence that the emergency is fake, all the way to proposals to tear down existing border barriers. It’s an issue that, for some, seems to have transcended traditional measures of sound government policy—like effectiveness and cost—to become one driven more by emotion and opportunism. Of course, illegal immigration has costs, including direct expenditures of federal tax dollars. One such expenditure is a federal program administered by the Department of Health and Human Services (HHS) called the Unaccompanied Alien Children Program (UAC Program).

The UAC Program exists to fulfill HHS’s statutory obligation to care for minors without legal immigration status and who are unaccompanied by a parent or guardian. Typically, they are transferred to HHS custody after being detained by the Department of Homeland Security. It’s an interesting program to examine for a number of reasons, not the least of which is that it can’t really be “cut” in the traditional terms one might apply to the federal budget. Children—whatever their immigration or citizenship status —need to be accounted for, cared for, and reunited with their families if possible, for obvious reasons. The UAC Program will be necessary until the root cause of the issue is comprehensively addressed: an unsecured border that permits illegal immigration.

Once minors are transferred to HHS custody, they are housed in facilities appropriate to their particular circumstances, taking into account the child’s best interests and any danger or flight risk they pose. According to HHS, these facilities are “on par with facilities in the child welfare system that house American children,” and provide healthcare, educational, and recreational services. They are then held until either 1) they are released to a parent, family member, or other suitable sponsor; 2) their immigration proceedings conclude; 3) they turn eighteen; or 4) they are granted lawful immigration status. The average stay in 2018 was about 60 days. Roughly 92 percent of unaccompanied minors referred to HHS in 2018 were from Guatemala, Honduras, or El Salvador, and the majority are boys over the age of 14.

The number of children referred to the program fluctuates year-to-year, but ballooned from less than 8,000 in FY2011 to 49,100 in FY2018, with particular spikes in 2014 and 2016. Funding has also fluctuated year-to-year, with over $1.4 billion budgeted to the program in FY2017, $941 million in FY2018, and over $1.1 billion requested for 2019. Utilizing the figures from 2017—a year with 40,810 referrals—this translates to a cost of over $34,000 for each unaccompanied minor. Dividing that number by the average length of stay in 2017 (48 days) yields a cost of over $700 per day, per individual. According to HHS, approximately 80 percent of total program costs are due to “bed capacity care.” The facilities housing these children are by no means luxurious, so why are they so expensive?

Part of the answer could lie in the very system HHS uses to operate the program. Indeed, while ultimate custodial responsibility for unaccompanied minors rests with HHS, actual day-to-day shelter and care are provided by a network of mostly nonprofit organizations. These entities are subject to supervision and periodic inspection by HHS. Through analysis of grant data from FY2017, CRC has identified 48 different organizations that have received federal funding as part of the UAC Program. The size of the grants and the organizations’ budgets vary drastically, but the lion’s share of the money goes to just two 501(c)(3) non-profits: BCFS Health and Human Services and Southwest Key Programs, Inc.

As one might imagine, the dollar figures involved are big. CRC’s examination of the data showed that BCFS and Southwest Key were the top two nonprofit recipients of HHS grant money—after excluding hospitals and universities. That is no small achievement considering HHS is one of the larger departments in the federal government with a total 2017 budget of over $87 billion. A further look at tax filings and audits from the same year revealed that the UAC Program alone accounted for over 90 percent of BCFS’s $300 million budget. Southwest Key, which also operated with a budget of over $300 million in 2017, was over 99 percent government-funded that year—the large majority of this coming from the UAC Program. Both organizations regularly lobby Congress on the issue. So, while caring for unaccompanied minors is an expensive proposition for the taxpayer, it can be a lucrative one for the caregivers.

This largesse apparently also extends to leadership. Dr. Juan Sanchez, who served as President and CEO of Southwest Key until his abrupt resignation earlier this week amid a federal investigation, was paid over $1.4 million by the organization in 2017. In fact, the top 12 highest-paid employees of Southwest Key collectively took home over $5.5 million that year. Dr. Sanchez, who founded the nonprofit in 1987, has also served as an advisor to the left-leaning Annie E. Casey Foundation and the Vera Institute of Justice, and as a board member of the National Council of La Raza (now UnidosUS). It is worth noting that in 2017 UnidosUS called a proposed $1.6 billion in federal funding for a border wall “immoral” and lamented that there were “. . . many other national priorities where our tax money would be better spent.” This is somewhat ironic, as the UAC Program—a program that exists in large part due to insufficient border security the wall is intended to address—cost taxpayers about $1.4 billion that same year. The difference, of course, is that UAC Program money handsomely supports government-funded nonprofits like Southwest Key, rather than a more secure border.

While BCFS and Southwest Key have in recent years been the two largest operators of UAC Program facilities, they are not the only organizations that receive significant funding. Chicago-based Heartland Human Care Services is another big one that was over 95 percent government-funded in 2017. Religious nonprofit organizations like the United States Conference of Catholic Bishops and Lutheran Immigration and Refugee Service also participate. But non-profit groups aren’t the only entities cashing in on unaccompanied alien children. The government of Yolo County, California, operates a detention facility for those unaccompanied minors identified as dangerous. Several for-profit entities also participate in the program, including the troubled Shiloh Treatment Center in Manvel, Texas. The UAC Program is sprawling, covering over 100 shelters in 17 states.

So who actually benefits from the partisan grandstanding over our country’s broken and dysfunctional immigration situation? It’s certainly not the unaccompanied minors; the children and teens crossing what they correctly perceive to be a still-passable international border end up separated from their families, detained in group facilities, and facing a very uncertain future in a foreign country. And it’s certainly not the taxpayer; the costs associated with caring for these immigrants continues to increase with no sign of slowing in 2019. No, in the end, organizations like Southwest Key are the only true beneficiaries. They are generously compensated with taxpayer dollars to be the stopgap fix to a problem that requires a comprehensive solution—Band-Aids stretched over wounds that need a tourniquet. It’s another reality that, sadly, gets buried under partisan talking points. 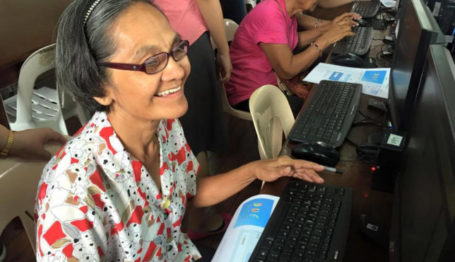 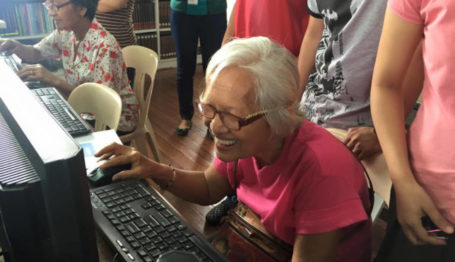 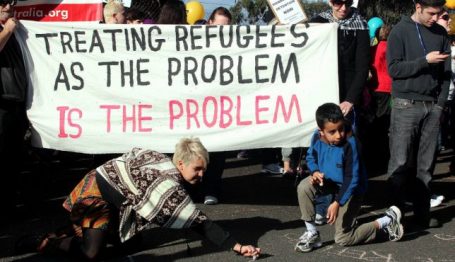