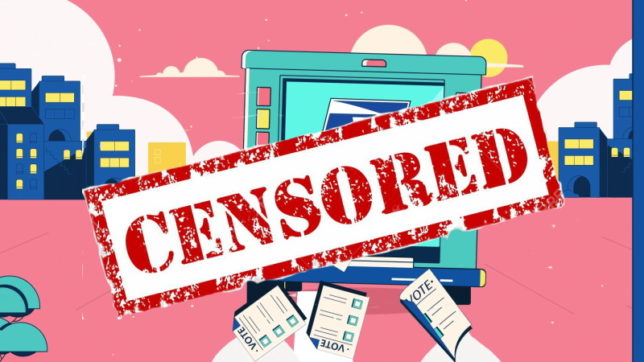 Regrettably, Google and YouTube have banned our video ad—after allowing it to run unobstructed for some time. They officially disapproved it for allegedly making “Unreliable claims.”

Did Google Buy into Left-Wing Misinformation?

This thoroughly documented video covers the security issues in vote-by-mail systems, as well as proven instances of voter fraud that have already exploited some of these issues.

CRC’s communications strategy involves running our videos as paid advertisements to ensure our research reaches new audiences, not just reach those who already agree with us.

Google’s advertising policy disallows “Making claims that are demonstrably false and could significantly undermine participation or trust in an electoral or democratic process.” Examples of such claims include, but are not limited to:

Information about public voting procedures, political candidate eligibility based on age or birthplace, election results, or census participation that contradicts official government records; incorrect claims that a public figure has died, or been involved in an accident.

Presumably, our ad was banned because Google has bought into left-wing misinformation about the potential threat of voter fraud.

We challenge anyone to identify a single “unreliable claim” we made in the video.

Despite repeated evidence to the contrary, much of it included in our video, the Left regularly makes the “unreliable claim” that problems with voter fraud don’t exist. (The Left often argues that there are very few proven instances of voter fraud, discounting the possibility of successful executed voter fraud they aren’t seeing.)

We have appealed Google’s ban within their system and will update this article upon receiving a response.