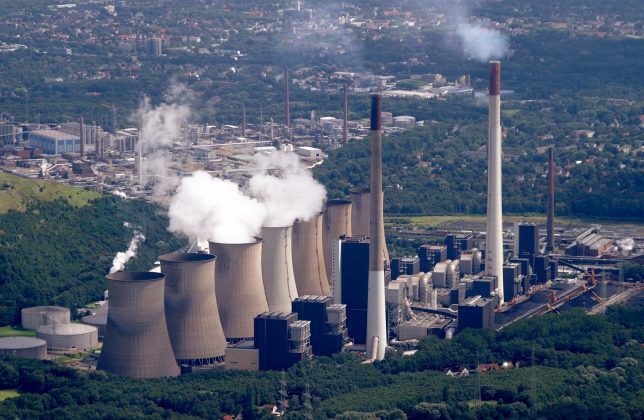 CRC has recently covered the folly of the Paris Climate Accord here and here. But the reaction from Europe—particularly Germany—after President Trump withdrew the U.S. from the Accord was swift and hostile. Not only did Merkel’s “Munich beer tent speech” call into question the future of the Western alliance, the front page of the tabloid Berliner Kurier announced “Earth to Trump: F*** You.”

Since the Cold War, German policymakers have distrusted nuclear options—both in weapons and energy sources. In the 1990s, pacifists joined forces with environmentalists to form the now powerful Green Party, and they, along with the Social Democrats passed the most sweeping environmentalist law in history in 2000. The Renewable Energy Sources Act, (known as the EEG German) provided plump subsidies to green energy companies, homeowners and farmers willing to invest in renewable energy. To pay for it, Germans paid a surcharge on their electric bills to cover the funds making up the difference between the market rate of energy and the more expensive renewables.

Among the government’s goals were a 40 percent reduction in greenhouse gas emissions by 2020 (compared to 1990) and a 55-60 percent share of renewables in power consumption by 2035.

The result? From outward appearances, this energy reform initially looked largely like a smashing success as the German countryside became dotted with fields of windmills and solar paneled, village skylines. Germany quickly became known as “the green man of Europe.” 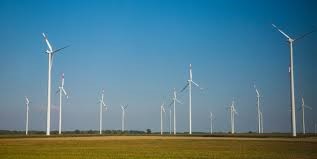 However, new research shows the actual results paint a completely different picture. According to a paper by German think tank Agora Energiewende, the 40 percent reduction goal will be missed and the 2035 goal has become “unachievable.” This after Germans have spent an extra 300 Euros per person, per year in additional power bill costs on the scheme. 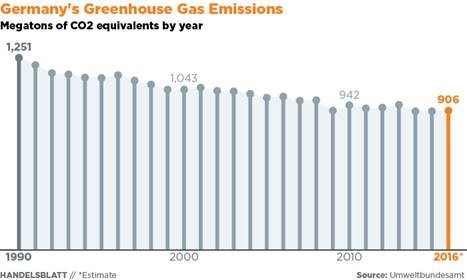 To make matters worse from an environmental standpoint, Germany has pushed out natural gas and turned more than ever toward coal plants—specifically those run on lignite, the dirtiest coal available—to make up the price difference.

Besides green energy, two other points of German pride are their fast cars and efficient manufacturing, both of which undermine expensive efforts to go green. Merkel has even pushed for lower European standards on vehicle emissions that are difficult to achieve. (Remember that German carmaker Volkswagen recently agreed to pay out $14.7 billion for cheating on U.S. emissions tests.)

All of this, combined with Merkel’s decision to phase out nuclear power completely after the Fukushima disaster in 2011, has effectively cancelled out the gains made by the German government to lower carbon emissions through renewable energy subsidies. According to Oxford economist David Helm, Germany has actually become the “dirty man of Europe.”

Still, polls show that Germans remain supportive of the “Energy Transition,” or Energiewende, despite half the average consumer’s bill going toward taxes and subsidies for renewable energy instead of actual electricity costs. It will be interesting to see where that support is in ten years considering the results of a recent study by DICE, 0r the Institute for Competitive Economics at Düsseldorf University. The study shows the cost of energy rising in Germany over the next decade by 520 billion euros. That’s 37.50 euros per citizen per month.

Germans may not like Trump’s decision to pull the U.S. out of the Paris Climate Accord, but they may soon find their own aggressive energy goals will require painful trade-offs that may still be inadequate to address environmental concerns. Meanwhile, Americans will continue to enjoy paying a quarter of what Germans pay for electricity.