Does a change in leadership signal a new direction for the Open Society Foundations? 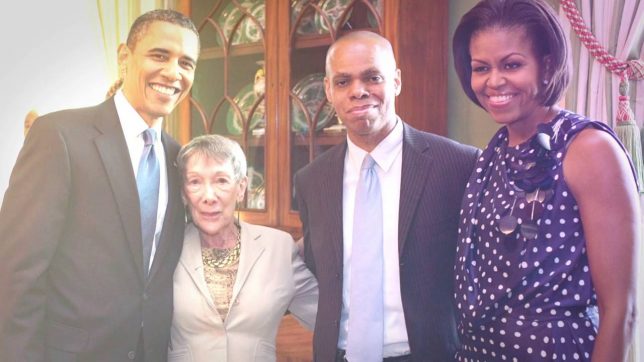 Billionaire investor and prominent left-wing funder George Soros named Patrick Gaspard, a former U.S. ambassador to South Africa and White House aide, as acting president of the Open Society Foundations following the announcement that current president Christopher Stone will be stepping down from the position after five and half years. Gaspard, currently vice president of the organization, is slated to take over the position at the end of this year.

Gaspard, who was born in the Democratic Republic of the Congo, immigrated to the United States, where he started in left-wing politics as a community organizer. Gaspard has exceptional connections with Big Labor and the progressive movement. He’s served as Director of the White House Office of Political Affairs, executive director for the Democratic National Committee (DNC), and executive vice president and political director of the Service Employees International Union (SEIU).

George Soros created the Open Society Foundations (OSF) in 1979, ostensibly to promote his concept of left-wing “open societies” and combat authoritarian regimes. In reality it acts as a the notorious billionaire’s “pass-through” organization—channeling billions of dollars to left-wing causes in 39 countries and six continents.

Since it was opened the foundations have spent nearly $14 billion in contributions to far-left groups, and it’s on track to spend over $940 million in 2017 alone.

RealClearPolitics’ Caroline Glick comments on the reach of George Soros in politics: “No corner of the globe is unaffected by his efforts. No policy left untouched.” The goals of the Open Society Foundations and the organizations it supports are ideological, she says, not benign:

They all work to weaken the ability of national and local authorities in Western democracies to uphold the laws and values of their nations and communities. They all work to hinder free markets, whether those markets are financial, ideological, political, or scientific. They do so in the name of democracy, human rights, economic, racial, and sexual justice and other lofty terms. In other words, their goal is to subvert Western democracies and make it impossible for governments to maintain order for societies to retain their unique identities and values.

The reasons behind Stone’s decision to step down remain unclear. Inside Philanthropy founder David Callahan that Soros believed it was time for a person with a different vision to head the organization, or that “[Stone]’s position atop OSF had grown weaker and more fraught over time.”

Either way, the Hungarian-born billionaire remains a potent player in the war on free markets and individual liberty. CRC’s Matthew Vadum exposes the work of Soros and the Democracy Alliance – a shady network of leftist movers and affluent donors – to meddle in the 2014 mid-term elections here.

CRC’s Jacob Grandstaff delves into Soros’ war on natural gas in Ukraine, and how it threatens to undermine that country’s national security in the face of Russian aggression.