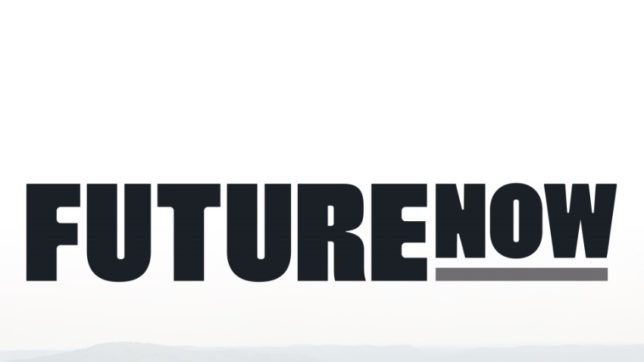 Millions of dollars flowed from Democratic mega-donors and even a foreign foundation to Democrats in key swing states in the 2020 election, according to federal filings.

One prong in this effort was Future Now, a campaign formed in 2017 to flip battleground states by electing Democrats. Its larger arm—Future Now Fund, a super political action committee (PAC)—spent close to $12 million trying to flip state legislatures in 2020. It’s headed by John Raskin, who also leads the Spring Street Climate Fund, an anti-oil and anti-gas advocacy group in New York City.

Future Now Action is the effort’s 501(c)(4) nonprofit strategy arm. The group bills itself as the liberal counterweight to the conservative American Legislative Exchange Council (ALEC)—“pushes progress” on Democratic policy goals by publishing “a report card on each state” and developing “strategies with legislators, the media, partner organizations, and the public.”

Both groups run the States Project, which “focuses on winning governing majorities” in Texas, Pennsylvania, and other battleground states. Strategy documents from July 2020 obtained by the Capital Research Center reveal a concerted, partisan effort to capture North Carolina governorship and “flip the House”:

A new, fair, congressional map will lead to two easy pickups in Raleigh and the Piedmont triad for Democrats. And while Republicans are still favored in the 8th Congressional District, Democrats have a top notch recruit and there’s significant overlap with contested State House Districts.

North Carolina’s governor does not have a veto over redistricting plans (a relic of when Democrats controlled the legislature but there was a Republican governor . . . oops) . . . . However, the State Supreme Court is Democratic (and unlikely to flip to Republican outside an unlikely set of circumstances) so that should be a check of Republicans’ worst instincts.

“Nevertheless,” Future Now concludes, “it helps to avoid letting Republicans get first crack at drawing a [redistricting] map as the court can’t second-guess every decision that could help them.”

Future Now Fund—also called “PAC for America’s Future” since 2021—is registered as a super PAC, allowing it to engage in partisan activities. Traditional super PACs don’t give directly to candidates but instead spend unlimited sums on independent expenditures attacking or endorsing candidates, everything from TV and radio ads to general advocacy (e.g., “vote pro-choice”). The catch is that they can’t coordinate those activities with candidates, which is why they’re “independent.”

Yet Future Now Fund is an unusual PAC/super PAC hybrid called a Carey committee, meaning it can conduct independent expenditures and give directly to candidates—which it did.

In the 2019–2020 election cycle, Future Now Fund gave $1.2 million to the North Carolina Democratic Party, $515,000 to Michigan Democratic State Central Committee, $108,000 to the New Hampshire Senate Democratic Caucus, $160,000 to the Maine Democratic Campaign Committee, and over $132,000 to Defend Alaska, which attacked Republican legislators.

Over $2.2 million of this cash came from the PAC’s 501(c)(4) arm, Future Now Action. The State Government Citizens’ Campaign, a New York–based PAC, gave Future Now Fund $1.24 million, and Democratic mega-donor Stephen Frank Mandel contributed $150,000. George Soros funneled $500,000 to the group through his Democracy PAC, and it received a further $350,000 from Atlantic Philanthropies, a now-defunct foundation in Bermuda endowed by American businessman Chuck Feeney in 1982.

Private foundations are strictly barred by the IRS from intervening in elections. But because Atlantic Philanthropies was based overseas, it wasn’t subject to IRS limits or disclosure laws and freely funded 501(c)(4) advocacy organizations as part of $8 billion it disbursed before spending itself out of existence in late 2020. (It’s unclear exactly how much of this sum went specifically to advocacy groups.)

According to disclosures from 2019, Future Now Fund is also closely tied to Perkins Coie, identifying the infamous Democratic law firm in its public email address and sharing the firm’s Washington, DC, address. (The PAC has since changed its address to a UPS Store.) Perkins Coie represented the presidential campaign of Hillary Clinton in 2016 and Joe Biden in 2020. In 2019–2020, Future Now Fund paid the firm over $406,000 in legal fees.

Future Now Action is led by former New York State Sen. Daniel Squadron (D), who was paid $132,533 by the nonprofit and an additional $330,947 by the Future Now PAC in the 2020 cycle. The nonprofit’s board is headed by Adam Pritzker, who comes from one of the wealthiest families in America. The Pritzkers are extremely influential in Democratic politics, and J.B. Pritzker currently serves as Governor of Illinois.