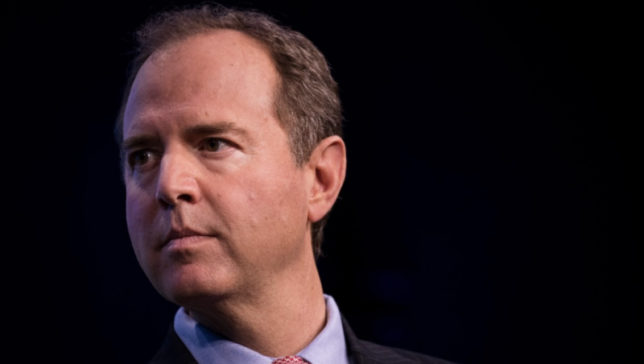 On Wednesday, U.S. Rep. Adam Schiff (D-CA), chairman of the House Intelligence Committee, released a complaint from a Department of Homeland Security analyst who claims DHS and Trump administration officials suppressed evidence of Russian interference in U.S. elections. A DHS spokesperson “flatly” denied there was “any truth” to the complaint and predicted full vindication for the department after an investigation by the DHS Office of Inspector General. The DHS inspector general exists in part to investigate allegations of misconduct within the department and will do so in this case.

Rep. Schiff exists, in large measure, to amplify unfounded conspiracy theories involving the Trump administration and will do so in this case. In a Wednesday afternoon Twitter statement, he declared his committee would investigate because the mere allegation from a disgruntled DHS employee “puts our national security at risk.”

It is possible Schiff knows what he’s doing this time: Even a broken watch can be coincidentally correct at a particular moment. But it’s important to remember that he knows a thing or two about putting national security at risk.

As one of the most prominent congressional promoters of the discredited Steele dossier, Schiff performed disastrously in his previous attempt to tie Trump officials to alleged Russian conspiracies. A December 2019 report from the Department of Justice Office of Inspector General harshly exposed Christopher Steele’s reports as nothing more than uncorroborated (at best) and often disproven gossip, which had been paid for by the Democratic National Committee and the 2016 Hillary Clinton presidential campaign. From his high perch on one of the most sensitive and important committees in the entire government, Schiff spoon-fed the Steele hoax to America and made the nation less secure, not more.

A comprehensive new report from InfluenceWatch breaks down the Trump-Russia Collusion Claims (“Russiagate”).

Here is the section on Schiff’s behavior:

U.S. Rep. Adam Schiff (D-CA) was the ranking minority member on the U.S. House Intelligence Committee, and later became the chairman of the committee after Democrats won control of the U.S. House following the 2018 mid-term elections. As the top Democrat on this committee, he was regularly interviewed by media regarding collusion conspiracy theories and often promoted them. A May 2020 editorial from the Boston Herald summarized Schiff’s behavior:

Just a year ago, Adam Schiff was on CNN, MSNBC, ABC, Fox News—anyone who would have him—talking about Trump/Russia collusion “in plain sight.” Even after the Mueller report clearly indicated that there was no provable collusion or coordination between the Russian government and the Trump campaign, Schiff continued to propagate the lie. [. . .] We found out this week that Schiff always knew there was no evidence of collusion. By day he would interview former Obama administration officials [. . .] who would tell him there was nothing, and by night he’d jump on a newscast assuring Americans that he’d seen evidence of something.

In a March 2017 U.S. House hearing, Schiff promoted a Steele dossier rumor regarding an alleged bribe offered to Trump campaign aide Carter Page. The Department of Justice Inspector General later interviewed Steele’s primary sub-source for this claim regarding Page, the secondary source, and the text messages allegedly documenting the incident, and “did not find any discussion of a bribe.”

In an October 2017 interview on CNN Schiff challenged skeptics of the Steele dossier to investigate its claims rather than criticize them, and praised Steele as a “well respected former British, former MI6 officer.”

In January 2018, Schiff sent a ten-page memo to “All Members of the House of Representatives” that defended the FBI’s surveillance practices targeting Carter Page. Titled “Correcting the Record—The Russia Investigation,” Schiff’s memo asserted the Bureau had given the FISA courts “carefully outlined” reasons and “multi-pronged” rationale for the electronic surveillance of the Trump campaign aide during an election. Schiff further asserted the FBI made only “narrow use” of the Steele dossier in seeking the surveillance warrants.

The Department of Justice Inspector General (IG) investigating the FBI’s use of the Steele dossier would later conclude that the dossier played a “central and essential role” in the Bureau’s ability to obtain the warrants and that the FBI “specifically focused on Steele’s reporting” when seeking those warrants. The IG cited “extensive compliance failures” and “many basic and fundamental errors” in the Bureau’s FISA effort targeting Page, including numerous instances of the FBI failing to inform the courts of evidence that might exonerate Page of suspicion.