From Saving Species to Empowering Bureaucrats 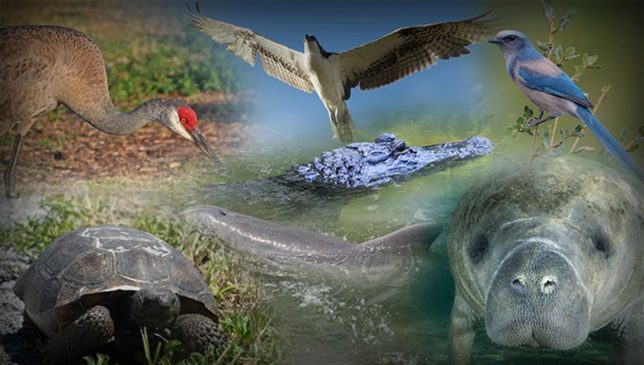 This article originally appeared in American Greatness on July 27, 2018.

Now, 45 years on, we know that, regardless of the good intentions of the act’s sponsors, the law can be abused by bureaucrats and their extreme environmentalist allies.

The ESA was born out of legitimate concern over occasional disappearances of lineages of living things. No one anticipated the ESA would play a major role in American life, destroying countless jobs and giving federal bureaucrats control over large swaths of the economy. It never occurred to politicians and activists that the law could be used to prevent activities that might indirectly harm obscure groups of plants and animals, even those that don’t qualify as species or even subspecies.

In the era in which the ESA was born, people were aware of the extinction of the passenger pigeon and the dodo and the near-extinction of the American buffalo, and threats to iconic animals such as American alligators and bald eagles. Activists and the media presented these cases as cautionary tales, magnifying extinction fears into threats to wide categories of life.

For example, to obtain a ban on DDT—a ban that, by promoting the spread of malaria, has killed tens of millions of people worldwide—environmentalists pushed the idea that the continued use of this pesticide would extinguish many bird species and result in the “Silent Spring” referenced in the title of Rachel Carson’s classic book. Critical to the debate was an Agriculture Department study seeming to show that DDT caused thin eggshells. The scientist behind the study later admitted that the birds had been fed a low-calcium diet.

Carson’s argument was one of a series of hoaxes that launched the modern environmental extremist movement. At the first Earth Day in 1970, participants complained that corporations poisoned people with sweeteners containing sodium cyclamate (which, in fact, is safe), that a U.S. Army nerve gas experiment had killed thousands of sheep in Utah in 1968 (it didn’t), and that pollution was rapidly pushing the world into a new Ice Age, as future feminist icon Betty Friedan had warned in Harper’s magazine.

Real environmental threats existed but were insufficient to spur the political actions environmentalists wanted. So they made stuff up.

Today, the deception is often rooted in what magicians call misdirection: Look here, don’t look over there. Opponents of ESA reform usually focus on perceived threats to animals that people care about.

People care mainly about megafauna, that is, relatively large animals. People care mainly about birds and mammals. They care about icons like the bald eagle, and about game animals; the National Rifle Association, in fact, supported passing the ESA to protect game. People care especially about animals with large, forward-facing eyes and other characteristics associated with being cute. It’s thought that humans are biologically programmed to feel empathy toward creatures that, in certain ways, resemble human children. That’s why Disney animators made Mickey Mouse’s head and eyes bigger as he evolved from a mischievous troublemaker to a cuddly lead character.

When told that most supposedly endangered species are insects and plants—“bugs and weeds,” as one congressman put it—people often react with incredulity. From a scientific standpoint, there is no reason to fear the extinction of cute animals more than that of plants and ugly animals, but politics focuses on emotion.

Consider the focus on the polar bear. It’s a vicious killer, arguably an animal that, given the opportunity, is most likely to hunt a human as food. (When sharks eat humans, it’s because they mistake them for their usual prey.) Yet people see polar bears as cute; they star in Coke commercials and are models for toddlers’ bedmates.

When bureaucrats at the Environmental Protection Agency were looking for an excuse to classify carbon dioxide as a pollutant and subject it to regulation, thereby controlling much of the U.S. economy, they claimed that the polar bear was threatened at some point in the future by global warming, which they claimed was caused by carbon dioxide emissions. One environmentalist called the polar bear “the species that saved the world” because it helped expand the power of the EPA. (Polar bears, by the way, are doing fine.)

It was an up-by-the-bootstraps argument: Polar bears are endangered by global warming, which we know to be true because global warming endangers polar bears. It worked and proves we can’t trust bureaucrats.

No accepted definition of “species” exists, so bureaucrats have wide leeway to classify animals, plants, and other living things as objects of federal protection. That’s how the bureaucratic system works. Bureaucrats’ most powerful weapon is the power to define things. They decide what “races” people are put into, affecting college admissions and scholarships, job opportunities, and the distribution of political representation. They define what makes a person “poor,” a necessarily arbitrary designation that sets eligibility for all manner of government programs. Bureaucrats decide how we measure unemployment, inflation, and economic growth, and what medicines we are allowed to take.

And it is unelected, mostly unaccountable, usually anonymous bureaucrats, allied with environmentalists and friendly judges, who decide what’s a species and what species are threatened or endangered. That gives them great power. Bureaucrats may be indispensable to the operation of a government as large as ours, but, when it comes to endangered species, we need to watch them like a hawk.