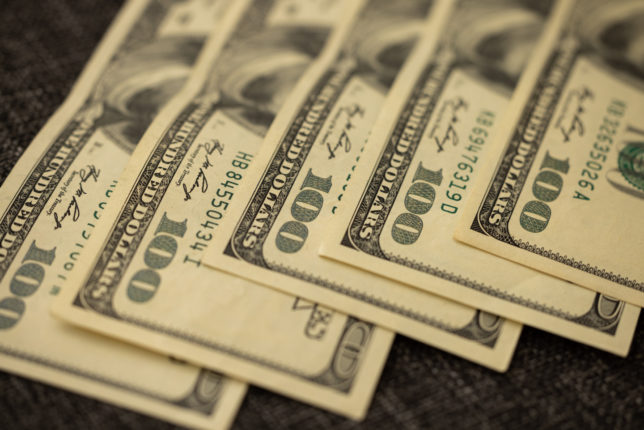 Last year, Ford Foundation president Darren Walker announced that “going forward, the foundation’s endowment will not invest in any fossil-fuel-related industries.” With over $15.7 billion in net assets as of its most recent tax filing, Ford’s decision to divest from conventional energy sources attracted considerable attention.

But what will this mean in practice? Even putting aside divestment’s questionable impact on targeted companies and industries, fossil fuels generate approximately 80 percent of U.S. primary energy consumption and power the maritime shipping that carries 90 percent of global trade. The latter industry has come to the particular attention of Americans as they witnessed recent supply chain disruptions.

So it’s impractical to “divest” from the economic benefits of these fuels. Virtually any investment portfolio — especially one as gigantic as Ford’s — will necessarily profit directly and substantially from the consumption of coal, oil, and natural gas no matter what sectors of the economy it parks its money in.

This public declaration of divestment from the traditional energy industry brings up an obvious question: What is Ford’s endowment actually invested in? As it turns out, the foundation’s yearly IRS tax filings (known as Form 990-PF) don’t disclose specific holdings. They simply list broad categories of investments like $230,167,874 in “publicly traded securities,” or $8,267,021,994 in “global equity funds,” or $4,199,768,174 in “venture capital.”

This vagueness appears to run afoul of IRS instructions, which call for the comprehensive itemization of most categories of foundation investments. To be sure, Ford is far from the only philanthropy that seems to be filing incomplete returns. In 2019, journalist Marc Gunther’s research revealed that eight of the fifteen large foundations he looked at provided “little or no information about their investments” on their yearly tax filings.

It should be noted that unlike 501(c)(3) or 501(c)(4) nonprofits, foundations are required to publicly disclose their contributors and the amount contributed on the Form 990-PF’s Schedule B. This is one reason why philanthropic grantmaking is generally not considered “dark money.” Theoretically, the public can always see where a foundation’s assets are coming from.

But critically, many longstanding foundations (like Ford) do not file a Schedule B because they no longer receive any meaningful new contributions from donors. Their endowments grow almost entirely via investment returns. In such circumstances, isn’t the nondisclosure of those specific investments every bit as “dark” as the nondisclosure of specific donors would be?

Moreover, investment nondisclosure makes it impossible for the public to evaluate a foundation’s endowment vis-à-vis its own self-imposed standards, or those of its grantees. This is important, because in an era of increasingly politicized philanthropic giving, a particular foundation’s investments can sometimes be rather difficult to square with its grantmaking. Oil and gas investments coupled with funding to environmental groups is the paradigmatic example, but it’s not the only one.

Consider for instance how since 2009 the Ford Foundation has given at least a combined $34 million to the activist groups Make the Road New York and the Center for Popular Democracy, which in 2017 launched a campaign attacking major corporations like Disney, BlackRock, Goldman Sachs, JPMorgan Chase, and Wells Fargo as “Corporate Backers of Hate,” saying they were among “the companies which most egregiously prioritize profits over people.” Is Ford’s endowment invested (directly or indirectly) in the very same companies that its grantees have attacked? Its tax filings don’t say. In 2017, when Ford appears to have last provided some detail on its investments, it did hold stock in several of the “Corporate Backers of Hate.”

Indeed, foundations that do properly itemize their investments can reveal ironic grantees. In 2020, the Robert Wood Johnson Foundation committed $2 million to a nonprofit project called the Alliance for Housing Justice, partially to support an “updated and expanded” housing justice platform. That platform declares (among other things) that housing and land should not be owned or controlled “by Wall Street and corporations.” The Alliance for Housing Justice has criticized the Blackstone Group specifically, and its “march to extract as much profit from our communities as possible.” Based on its most recent tax filings, the Robert Wood Johnson Foundation has tens of millions invested in Blackstone and other real estate funds.

The point here is not to malign foundation investments, and certainly not to argue that their endowments should be politicized to comport with their grantmaking. Quite the opposite: Their grantmaking should be de-politicized to comport with more traditional notions of philanthropic charity. Either way, foundations should be every bit as open with where their money comes from as they are with where it goes.

This article originally appeared in RealClear Policy on March 3, 2022.