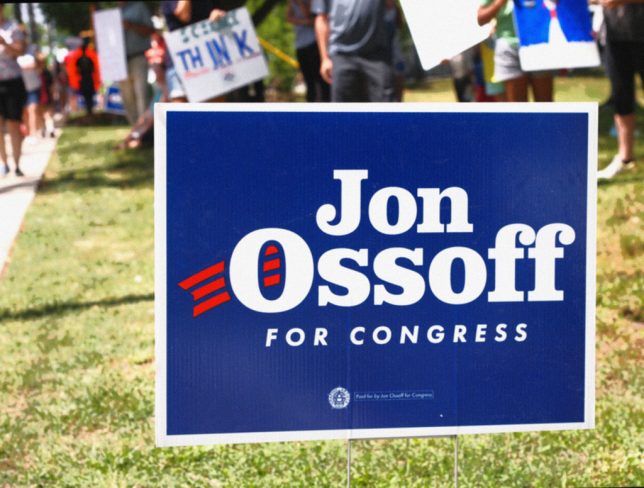 If you’ve followed recent elections, you probably remember the close defeat of Democrat Jon Ossoff in the June 2017 special election for Georgia’s 6th Congressional District, outside of Atlanta. In the most expensive House race in U.S. history, the liberal upstart spent nearly $23 million in a district where he didn’t live, and in an election where he couldn’t vote for himself—only to lose to Republican Karen Handel by some 10,000 votes.

While the race was widely covered by the mainstream media and liberals angry at wasting so much money in a conservative district, few noticed the real winner backing Ossoff: an unknown digital marketing firm called Mothership Strategies.

“Mothership Strategies is proud to be on Team Ossoff, working to flip Georgia’s 6th Congressional District from Red to Blue for the first time in decades,” the company’s website read (the page has since been deleted).

“Come party your Ossoff with team Mothership,” Mothership tweeted ahead of the election—and it had a good reason to. According to filings with the Federal Election Commission, Ossoff’s campaign committee paid Mothership an astonishing $4.6 million in advertising and consulting fees, as well as another $2.6 million in media buys. (Unrelated but also worth noting is the $1.04 million Ossoff’s campaign paid in fundraising fees to ActBlue, the Democratic fundraising platform.)

Not everyone was so thrilled with the email blasts Mothership created for Ossoff in return. The liberal New Republic called the campaign “frenetic,” and criticized it for failing to build “a vote-getting movement.” One left-wing blogger angrily dismissed Ossoff for paying the company (affectionately referred to as “Motherf****er Strategies”) “more than Republican Karen Handel’s campaign spent the entire election” while simultaneously claiming his “donations are plummeting.”

But Mothership’s biggest non-candidate client is End Citizens United (ECU), a $21 million PAC that supports Democrats with the aim of overturning the 2010 Supreme Court decision in Citizens United v. FEC. (Ironically, this PAC, which promises to help end the influence of PACs also endorsed Ossoff—the biggest political spender in Congressional history.)  ECU paid Mothership Strategies just under $3.4 million in the 2016 election cycle, and another $2.7 million in 2018 for its services:

Because of the success of the Mothership-led online program and the salience of our message, ECU was also able to raise an additional $600,000 for its endorsed candidates who are committed to meaningful campaign finance reform.

And with the help of Mothership Strategies, ECU launched Fight For Reform, a new state-level project working toward meaningful campaign finance reform at the local level. Through ECU’s support, campaign finance-related ballot initiatives were passed in 2 states.

Although these kinds of large transactions are common in the world of big money politics, Mothership and ECU have some curiously close connections. For one thing, until late December 2016 they shared an office space. As Roll Call put it:

ECU operates out of a single room above a La Colombe coffee shop with all the amenities, like grapefruit-infused water, that comes with renting shared space in Washington, D.C. . . .

Two days before launching their action network, the [ECU] staff gathered to nail down the specifics of its rollout. The email blast to supporters would be coordinated through digital agency Mothership Strategies, conveniently housed in the same workspace.

Even more convenient is the fact that both consultant and consultee were founded by the same three partners: Greg Berlin, Charles Starnes, and Jake Lipsett. According to the Huffington Post:

Greg Berlin said he and the other two founders, Jake Lipsett and Charles Starnes, felt that the big political cash unleashed by Citizens United had made it impossible to pass the Democratic Party agenda. So they created a PAC to elect Democrats who could change that.

From all appearances, Mothership was founded in late 2014; the firm’s web domain was purchased in October, while the website WayBack Machine shows its website went live in December (Starnes’ LinkedIn profile shows him as a founding partner starting in January 2015). ECU, meanwhile, was created in March 2015. 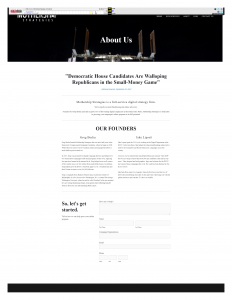 In other words, these three Democratic veterans founded a digital marketing firm in late 2014, founded the PAC End Citizens United in March 2015, and in the two successive election cycles have raked in close to $6.6 million for services provided by the former to the latter.

While that relationship is not in itself necessarily unethical, both End Citizens United and Mothership Strategies fail to mention the connection on their respective websites. Even where left-of-center news sites, such as the Intercept, notice the connection, it isn’t treated as particularly noteworthy.

Only a blogger at the Daily Kos noted ECU’s odd lack of transparency in a May 2015 post, writing: “The newly-minted EndCitizensUnited has a website that invites petition sign-ups and those result in a series of unusually high pressure solicitation emails. So unusual in fact that they’re almost beyond the pale of any tactics used by other, legitimate, real orgs.”

Whatever the case may be, the ECU-Mothership connection is just another example of the professional Left’s tactics: expensive suits playing at jean-clad grassroots activists.