Think tanks and universities are taking millions in foreign donations, and Biden has no interest in imposing transparency. 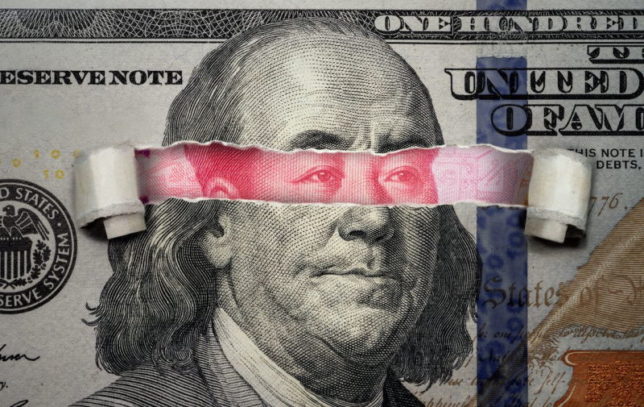 The University of Pennsylvania received more than $15 million in anonymous donations from China in 2018, the same year it announced the founding of its Biden Center for Diplomacy and Global Engagement. This is just one high-profile example of a question that has been bubbling behind the scenes in think tanks and universities for several years: How has new, massive, unreported foreign funding flowing into America’s intellectual infrastructure shaped the country’s approach to governing, national security, and even cultural affairs?

Following on the heels of a 2020 Trump administration report excoriating universities—including Harvard and Stanford—for failing to report $6.5 billion in foreign funding, two new pieces of legislation have been introduced since Biden’s election that would address the influence of foreign spending in the academic, nonprofit, and think tank sectors.

Welcome to an age of heightened concerns over foreign money flowing into America’s institutions, both private and nonprofit. It has led to debates over donor transparency, intellectual and academic theft, lobbying and election integrity, and the proper role of charity in American civic and political life.

Conservatives tend to like the idea of donor privacy, especially in this era of cancel culture. But the calculus changes a bit when you consider how foreign entities might be using U.S. nonprofits to influence public policy, notes Michael E. Hartmann, a senior fellow of the Capital Research Center and co-editor of The Giving Review.

“The legal structure of American tax-exempt nonprofitdom has always wrestled with how to manage what are often the competing desires for transparency and donor privacy,” Hartmann says. “Historically, there hasn’t seemed to have been as much tension between transparency and foreign funding of nonprofits—that is, non-American funding of American nonprofits—[but] the whole set of underlying considerations with which to wrestle…is just so appreciably different than the regular old domestic ones.”

Republican legislators seem to agree that the question of transparency becomes a bit more fraught when foreign interests are involved and national security concerns are raised. Particularly if the disclosure rules are being outright flouted, as was the case with the 12 universities mentioned in the 2020 Trump administration report.

On the Senate side, one attempt to address the problem is to strengthen the Higher Education Act of 1965, specifically Section 117 dealing with disclosure requirements of foreign gifts and contracts. Republican Senators Tom Cotton, Bill Hagerty, Marsha Blackburn, and Tim Scott are all attached to the legislation they are calling the “Foreign Funding Accountability Act,” which, according to a joint release, will attempt to “combat malign foreign influence in American colleges and universities.”

Senator Cotton, who in 2021 released a report on “decoupling” from China, said the reason for the legislation is simple: If China wants to win a new economic Cold War, they will need to harness the “traditionally open research” on U.S. college campuses to give them a “competitive advantage in all innovative fields,” including semiconductors, artificial intelligence, and quantum research.

“The CCP has patiently cultivated its de facto allies on college campuses across the country, offering prestigious fellowships, in-kind gifts, and donations to lure professors and universities into sharing information,” Cotton said.

“Just like every other member of the ‘China Lobby,’ from multinational corporations and Hollywood executives to NBA stars and large banks, colleges and universities have lined their pockets with Chinese cash for years and don’t want to stop any time soon,” he explained. “The China Lobby opposes anything that might hurt their bottom line. And they know that transparency about their Chinese cash binge will bring tough questions from Congress and a real effort to stop the inflow of Chinese money.”

Cotton said he doubts universities are in the dark about what these foreign gifts are intended to inspire.

“I find it hard to believe that they’re ignorant of what the CCP wants from them,” he said. “For example, MIT, Princeton, [and] Yale have all accepted millions from a Chinese tech billionaire, Ma Huateng, the founder of Tencent. His company actively censors the internet in China and is at the forefront of China’s efforts to dominate A.I. It doesn’t take a college education to suspect something is up.”

As a solution, Cotton’s legislation attempts to impose reporting requirements, which the Trump administration had established for a short period following their 2020 report. But, as Cotton noted, the American Council on Education wrote a letter to President Biden begging them to halt the reporting requirement on foreign gifts.

“And of course, the Biden administration has caved to this,” Cotton said.

Over on the House side, Republicans are also proposing a disclosure system for nonprofit think tanks (often attached to academic institutions) similar to the ones universities had before Biden caved.

Rep. Lance Gooden of Texas introduced the “Think Tank and Nonprofit Foreign Influence Disclosure Act” in March, which he said is an important first step in getting a handle on the “undeniably rampant corruption in the non-profit sector that must be addressed.”

“Americans and Congress deserve to know if the radical climate groups advocating to shut down the Keystone pipeline are funded by Russia or Russian-backed entities,” Gooden said. “Russia has clearly benefited from the Biden administration crippling the U.S. energy sector, and we must know if the climate groups pushing for this have been doing Russia’s bidding.”

“Foreign nations will no longer be able to hide their agenda behind the non-profits they fund,” Gooden continued. “Both our adversaries and our allies will have to be transparent about the groups they support and will have to explain why they support those groups’ agenda.”

Gooden’s bill would require the U.S. Treasury Department to make “publicly available in a searchable database information relating to such gifts and contributions received from foreign governments and political parties.” This would mimic the database created in June 2020 by the Department of Education to record gifts of $250,000 or more (Cotton’s Senate bill would lower this threshold to $25,000 or more).

Gooden’s bill would also require disclosure of think tank or similar nonprofit funding of over $50,000 a year from “foreign governments, foreign political parties or foreign military entities.” Gooden is particularly concerned about the foreign funding alleged to be flowing into the environmental sector, which the Capital Research Center has calculated, based on a report from The Center for International Policy, is part of over $174 million in foreign funding to major U.S. think tanks.

More transparency of foreign funding in the energy and environmental sector might almost put some environmental activist groups out of business, Gooden predicts.

“If the flow of foreign funding is cut off to radical environmental groups, they will no longer have the resources to advocate for economy-crippling green energy and Green New Deal priorities,” Gooden said.

The question of what to do about foreign funding of public policy is not reserved for the right side of the political aisle. While Republicans focus on the nonprofit sector and universities, Democrats have also begun to train a powerful eye on the corporate sector, with a focus on election interference rather than public policy.

In 2021, Democrats reintroduced a bill called “Get Foreign Money Out of U.S. Elections,” which would “block foreign-owned corporations from spending company funds to influence U.S. elections.”

The bill would “extend the federal ban on political donations from foreign nationals to multinational companies that are at least partially owned by foreign nationals,” the Hill reported in December.

While these legislative proposals are ongoing, conservatives have not forgotten the Foreign Agents Registration Act. 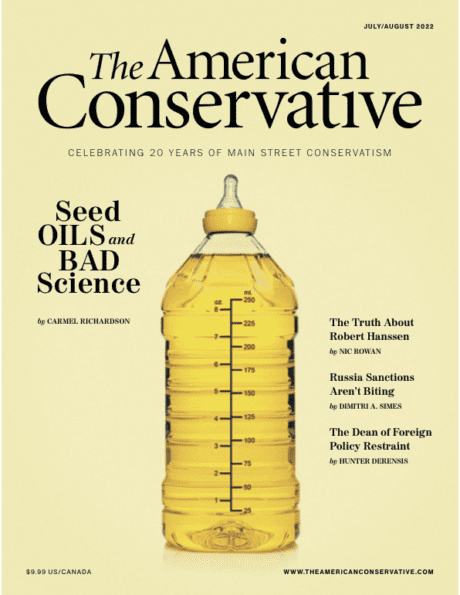 In early 2020, the Department of Justice issued an advisory opinion that clarified the rules regarding when a U.S. nonprofit that receives foreign government funding must register as a foreign agent. This led more than a dozen of the nation’s most well-known advocacy groups to warn that FARA registration was a potential threat to free speech and could threaten their mission.

“Being labeled as a foreign agent under FARA would put our neutrality and independence in jeopardy,” the International Foundation for Electoral Systems said in comment.

Given the problem of potentially malign influence outlined above, and the obvious truth that both sides of the political aisle recognize the potential for foreign interests to be in conflict with domestic policy, FARA reform may be the easiest—and quickest—path to change.

“Congress could certainly try to clarify that which is necessary for a foreign-funded nonprofit to have to register under FARA, as I know some are strongly urging,” Hartmann said. “It’s hard to imagine that there’d be a serious objection from donor-privacy advocates to something like this, much less that any such objection would carry the day among policymakers.”