Fight Terrorism or Protect the Environment? 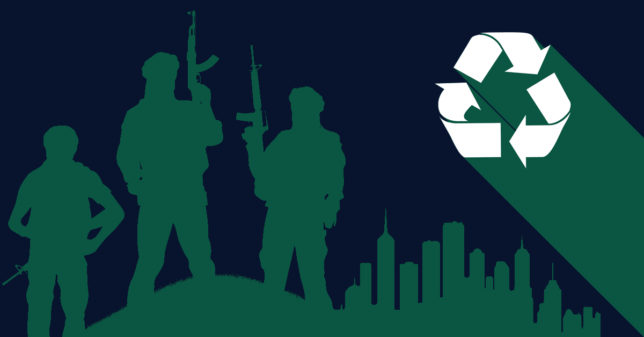 Despite the recent terrorist attacks in Paris and the Islamic State’s stranglehold on the Middle East, Western leaders still can’t get their priorities straight.

Actually, they can’t even get the enemy straight. “Now let’s make two things clear: ISIL is not Islamic. No religion condones the killing of innocents, and the vast majority of ISIL’s victims have been Muslim,” President Obama declared. Hillary Clinton is just as hesitant to utter the phrase “radical Islam”: “Muslims are peaceful and tolerant people and have nothing whatsoever to do with terrorism,” she recently claimed.

Moreover, many climate change activists see a direct link between global warming and terrorism—arguing that their preferred policies on climate change will result in less terrorism. When asked about the connection, Great Britain’s Prince Charles responded, “We never deal with the underlying root cause [of terrorism] which regrettably is what we’re doing to our natural environment.” Bernie Sanders agrees: “In fact, climate change is directly related to the growth of terrorism,” he said at a Democratic debate last November. Sanders also believes climate change is the greatest threat to America’s national security.

This kind of thinking explains why President Obama still held his climate summit in Paris, even after terrorist attacks had ravaged the city. The president called it an “act of defiance” against terrorism, even though counterterrorism took a distant backseat to carbon dioxide regulations in the discussions.

It begs the question: Are we more committed to fighting terrorism or to slowing global warming, which even many liberal scientists admit is a non-issue?

For more, you can read the April edition of “Green Watch” here.

This blog post was adapted from the April edition of Capital Research Center’s “Green Watch,” by Steven J. Allen.