Federal Land Withdrawals:
Can We Ever Correct the Record? 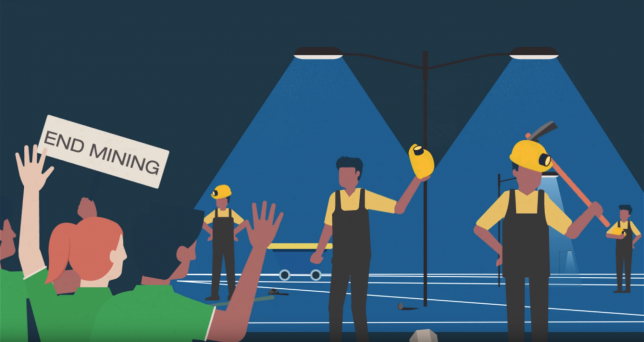 Can We Ever Correct the Record?

We need a groundbreaking compromise so mining can begin again without disrupting areas that should never be disturbed because of their unique national identity and cultural importance. The mineral industry will need to and has already accepted reasonable conditions on its activities. Likewise, preservationists and others must accept the fact that somewhere in that million-acre wilderness area, there is going to be a mine. The mining industry is being squeezed more so than its opponents because the location of ore bodies is immovable. Boundaries of withdrawn land can be adjusted, not the location of mineral deposits. When the right choices are made—both sides win.

However, given the present situation of the nation’s mineral account, it may be already too late.

The consequences of withdrawing federal lands from mineral exploration and mining have not been fully appreciated by policymakers because the results of their decisions—and those of their predecessors—may take decades to be felt. No one can predict the future, especially regarding the ever-increasing speed of the development and needs of technology and its associated minerals, manufacturing improvements, and global energy requirements.

Yet previous withdrawals were done cavalierly and without due regard to a comprehensive approach to resource management. Today, the nation is finally feeling the cumulative effect of all previous withdrawal actions as mineral imports hit record highs year over year.

How to Withdraw Unwise Withdrawals

When federal lands are withdrawn from potential commercial use that would create wealth for both the miners and the country’s citizens, the existing mining and mineral leasing laws are circumvented: no federal land access, no exploration or claims, no leases, and eventually no mining or mineral production.

In the mineral-rich western states, the federal government is by far the largest landowner or land manager. A long-term withdrawal for any reason, especially one that is irreversible and where the state government, public, or private sector cannot gain access, is essentially a federal government monopoly on the land and all its potential resources.17 The geologic formation of ore bodies cannot be moved; they must be mined where they are found. They cannot necessarily be discovered in a more convenient or remote area, as timber or water resources can be—thus the need for the Mining Law of 1872 for “locatable” (critical) minerals.

The Interior Department may be reluctant to support many previous proposed or existing withdrawals, especially ones that do not hold up under legal scrutiny. Some will likely wind up as legal disputes in front of the Supreme Court as an overreach of executive authority at the time the withdrawals were proposed or enacted. The Court could strike down some or all withdrawals or reduce their size to the 5,000 acres permitted without congressional action under FLPMA. This is an important point because 24 Obama-era proposed or finalized withdrawals are larger than 5,000 acres.18

Where to from Here?

As we contemplate how America will be able to sustain itself with critical minerals needed for the economy and national defense, a restatement of Bennethum and Lee’s greatest concern about our nation’s mineral wealth from 45 years ago is instructive:

They feared that over the past century, withdrawals of public lands from operation of the mining and mineral leasing laws have taken many forms and been initiated by many interests with no overall accounting of the withdrawals. Withdrawals have been encouraged, and accelerated over the past 60 years, with little regard for their cumulative effect.

And they asked specifically:

Have we withdrawn so much land from mineral exploration and development as to seriously affect the long-term mineral position of our country?19

Today, we are running out of time to secure our mineral future, and we need to know whether the previous executive branch and congressional withdrawals and mismanagement of our mineral resource endowment is threatening the nation’s economic stability, trade balance with China and others, infrastructure rebuilding, and national defense. Have we invited China, Russia, and third-world dictatorships to control our economic growth and military readiness via our wild overreliance on imported critical minerals that are available domestically beneath our feet?