FBI: Trust Us, We Swear We Got It Right This Time! 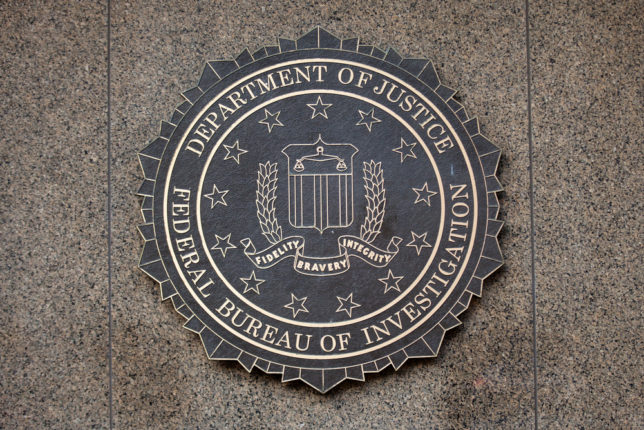 Five summers ago in August 2017, FBI counterintelligence agents were still working the last of four ill-gotten FISA spy warrants used to investigate former Trump campaign advisor Carter Page. Then, earlier this month, the FBI counterintelligence team executed a search warrant on the Mar-a-Lago home of former President Trump. The latest of many terrific reports from Paul Sperry of RealClearInvestigations raises the possibility that many of the same agents were involved in both investigations.

Despite illegally using of one of the most intrusive surveillance weapons in their toolbox for a year, the Bureau discovered no wrongdoing by Page, who held onto his presumption of innocence throughout the ordeal. It’s now fair to say the FBI and the media managed the clumsy and legally needless trick of proving Page innocent after stomping on his civil liberties, putting his life under a microscope, and yet still finding nothing.

Will the FBI be able to provide us with a solid defense for the historically unprecedented incursion into the home of a former president?

The full story on the Page harassment (at least the gory details we know so far) took more than three years to come out. It may require a similar “wait and see” before America learns which side—Trump or the FBI—deserves the lion’s share of unprecedented shame in the Mar-a-Lago incident.

Regardless of the law enforcement agents standing on the other side, Trump (like Page) deserves his presumption of innocence. But instead of wisely taking that “wait and see” approach to the latest developments in the FBI-Trump saga, most of the stenographer media has come down hard on the presumption that the Bureau will be vindicated. A worst-case example is former FBI agent Peter Strzok, one of the participants in the Carter Page snipe hunt, who has been all over NBC/MSNBC to promote the Bureau’s side of Mar-a-Lago-gate to America.

A sincerely objective media—as opposed to the current media that so recently got serially burned by the Bureau’s fables from Russiagate—might consider other moments when it took the FBI’s story at face value and ended up embarrassed. Many of these lowlight moments are covered in two new Capital Research Center resources: “The FBI’s Bad Apples: The Bureau’s Worst Days Are Worth Remembering“ and the extensive InfluenceWatch profile of the FBI.

Ostensibly trying to catch terrorists who bombed commuter trains in Spain, killing nearly 200 and injuring thousands, the FBI cooked up a case against an Oregon lawyer. The Bureau claimed a “100 percent” certain match of Mayfield’s fingerprints to terrorist bomb evidence when seeking search and arrest warrants and didn’t tell the judge that investigators in Spain had reported serious concerns with the FBI’s version of the fingerprint analysis.

The skeptical Spanish later matched the fingerprints to the actual terrorist, and Mayfield won a $2 million lawsuit settlement at the expense of American taxpayers.

Haplessly trying to solve the case of the terrorist who sent anthrax-laced letters to federal politicians and reporters in September 2001, the FBI publicly harassed its first prime suspect, Steven Hatfill, a former bioweapons researcher from the U.S. Army Medical Research Institute of Infectious Diseases (USAMRID).

As its only key evidence, the Bureau used bloodhounds whose failures and incompetence had already been badly exposed by 60 Minutes. One self-aware FBI agent mocked the reliance on “dog technology” as comparable to consulting psychics for evidence. But then-FBI Director Bob Mueller and future director James Comey were both reportedly enamored with the evidence the bloodhounds provided.

Leaks from the FBI during the case turned Hatfill into a social and professional pariah who descended into isolation and depression. In 2008, he won a $4.6 million settlement from the American taxpayers over the ordeal. The Department of Justice would later send a letter fully exonerating him.

Shortly after Hatfill’s settlement the Bureau publicly identified a new prime suspect in the still unsolved seven-year-old case. The new contestant for “anthrax terrorist” had a pre-existing history of mental illness and committed suicide after learning he might be charged.

Addressing the anthrax investigation six weeks after news of Hatfill winning the $4.6 million, FBI Director Bob Mueller refused to admit to any wrongdoing or incompetence:

I am unapologetic. I do not apologize for any aspect of the investigation that was undertaken over the years. And I think it was erroneous to say there were mistakes.

Hatfill was asked in 2010 if he ever considered suicide, and he responded: “If I would’ve killed myself, I would’ve been automatically judged by the press and the FBI to be guilty.”

A pipe bomb set off at an outdoor event during the 1996 Summer Olympics in Atlanta killed one and injured more than 100. A security official named Richard Jewell alertly noticed the suspicious backpack containing the bomb and helped clear 75–100 people safely from the scene just before the explosion. The bomb was planted by Eric Rudolph, a domestic terrorist who went on to set off other bombs, one killing a police officer.

But in the immediate aftermath of the Atlanta attack, the FBI suspected Jewell was the bomber. The ensuing media frenzy ripped away Jewell’s deserved status as a celebrated hero. Jewell and his mother briefly ended up hiding as prisoners in their own home, unable to leave without pursuit from a caravan of law enforcement and media.

As a ruse to secretly interrogate Jewell, the agents played on his hero status and told him he was helping them create a training video for first responders. The agents did not advise Jewell of his right to silence and legal counsel until told to by the FBI director. A Department of Justice memo later judged the Bureau’s conduct toward Jewell to have been “a major error in judgement.”

Eric Rudolph eventually landed on the FBI’s Most Wanted list and was not captured until 2003.