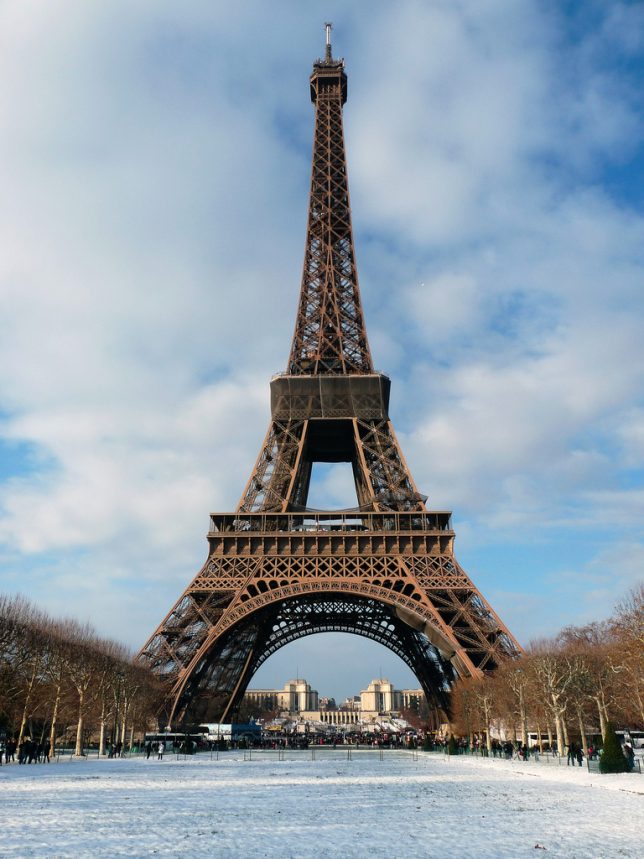 This article was featured in Western Free Press on June 10, 2017

For more on Dr. Allen’s investigations exposing environmental extremism, see our site at ClimateDollars.org – where CRC reveals the deliberate effort to restrict individual liberty in the name of of combating “global warming.”

When President Donald Trump withdrew the United States from the Paris climate agreement, he saved the American economy from a slow and agonizing death. Congratulations, Mr. President, for negotiating us out of a very bad deal.

Detractors are already attacking the president with apocalyptic rhetoric, as if he just declared war on the Earth herself. But the Paris agreement has little to do with climate change; the agreement is really a scheme for redistributing our wealth on a global level.

Here’s how the scam works. While former President Obama pledged the U.S. to a devastating 26 to 28 percent reduction of carbon dioxide emissions by 2025, the Communist Chinese for their part agreed to cut emissions, um, probably starting in 2030. Worse, the agreement is set up to allow Chinese emissions to increase until 2030.

Likewise, India agreed to cut emissions relative to the size of its economy, which theoretically means its emissions can rise forever. Nevertheless, India has demanded $2.5 trillion from developed countries to help it “go green.” That’s a sum nearly 25 percent larger than the Indian economy. All in all, under the Paris treaty, poorer countries are promised over $100 billion annually.

And even if you believe the doomsayers’ global warming pseudoscience, the Paris pact is no solution. A climate model published by the National Center for Atmospheric Research found that even if the United States could eliminate all artificial carbon dioxide emissions, it would have less than a 0.2 degrees Celsius impact on global temperatures. That’s hardly a game-changer.

What is game-changing is the rampant destruction the treaty would wreak on our economy.

If it seems like the Paris agreement gives the U.S. the short end of the stick, that’s because it does. In exchange for helping India and China pay lip service to the gods of climate change, the pact would have decimated the domestic coal industry and raised household energy prices by 13-20 percent. By 2040, it would cost 6.5 million Americans their industrial-sector jobs. The U.S. economy would be robbed of $2.5 trillion by 2035, and the average four-member family would be $20,000 poorer.

President Obama’s signature binding the United States to the Paris agreement might have gone down as the most expensive pen stroke in American history, had President Trump not withdrawn us from a very real disaster. For this we gratefully say, “Farewell and adieu, Paris—we won’t miss you.”