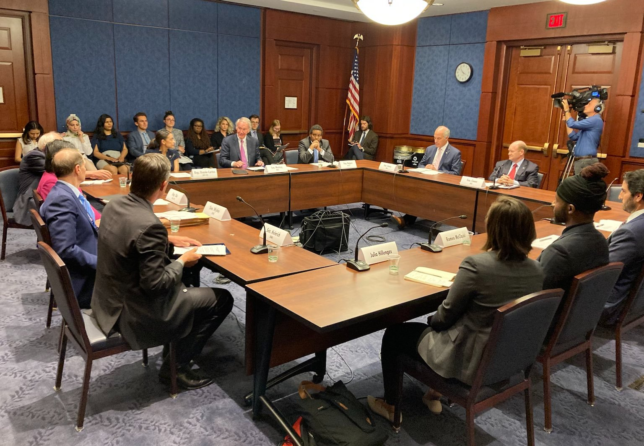 At a time when the Left is reclassifying almost everything as “infrastructure” it should come as no surprise that someone would recall President Franklin Roosevelt’s public work relief program, the Civilian Conservation Corps (CCC), which came at the height of the Great Depression at 25 percent unemployment. But where CCC men built world-famous national parks and bridges that still stand today, this zombie CCC—now the “Civilian Climate Corps,” introduced in Congress in April—promises to blanket America in solar panels and wind turbines in order to “transition” an oil-rich country to “renewable energy.” But at least the CCC pays a $15 per hour minimum wage!

The revived CCC is nothing more than a giveaway to Big Labor, overeducated failures to launch, and the radical Left. Big Labor would get apprenticeship programs registered with the Labor Department and coordinated with local unions and card check agreements. Modern-day Peter Pans would receive tax-free grants of up to $50,000 per year of service to pay down student debt. The radical Left would be promised “explicit antiracist language” to ensure better benefits to “environmental justice communities.”

It’s also the latest in a line of bills that attempt to channel leftists’ fury at their inability to control the Earth’s climate into a nationwide war on, well, the nation itself. My colleagues and I have regularly reported on the environmental Left’s increasing use of the language of industrial mass mobilization, victory at all costs, indoctrinated youth crusades, and total war modeled on the authoritarianism of the 1930s and 1940s.

The original Green New Deal’s own fact sheet in 2019 bragged that “this is a massive transformation of our society.” Al Gore has also likened global warming to the battles of “Thermopylae, Agincourt, Trafalgar, Lexington and Concord, Dunkirk, Pearl Harbor, the Battle of the Bulge, Midway and Sept. 11” in the pages of no less than the New York Times.

If the comparison to the age of the great dictators sounds far-fetched, recall that the original CCC was part of the same New Deal legislation hailed by Adolf Hitler for incorporating national socialist ideas to instill the “virtue of duty, readiness for sacrifice [that] should dominate the entire people.” The slogan of National Socialism was “The Public Weal Transcends the Interest of the Individual.” Such words might send a thrill down a leftist’s spine, were they uttered by another.

A host of environmental activist groups and labor unions back the CCC bill. We’ve compiled the best from InfluenceWatch below:

These are just the big ones. As always, scores of tiny or obscure groups litter the endorsements of the CCC bill: