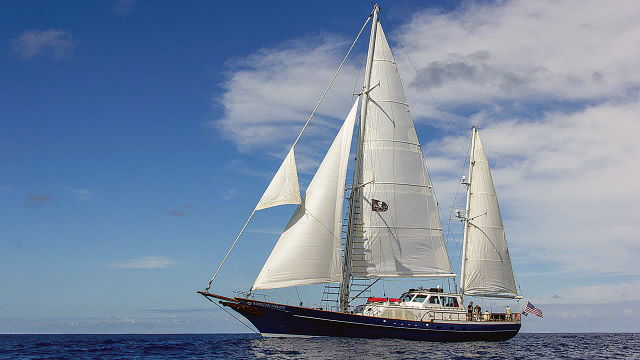 The largesse larded on Gore is not the only example of lefty gifts shipped out through Skoll’s funding empire, which includes the Skoll Foundation, the Skoll Fund, and the Skoll Global Threats Fund, a subsidiary of the Skoll Foundation. From their founding through 2017 the Skoll foundations collectively granted nearly $500 million to all recipients.

The nonprofit recordkeeping service FoundationSearch shows a healthy majority of this went to some objectively good causes, such as a very prescient $2.9 million invested in a public health organization seeking to improve the detection of infectious diseases. Similarly, in April 2020, the Skoll Foundation announced a special $100 million donation from Skoll for COVID-19 pandemic relief efforts.

But even those good deeds could not be presented without politicized strings. Also in 2020, Participant hustled out Totally Under Control, a documentary film promoted as the “definitive account of the Trump administration’s incompetence, corruption and denial in the face of this global pandemic.”

Similarly, through 2017 at least $129.4 million of the total given by the Skoll foundations (which includes that $65 million shoveled to Gore’s Climate Reality Project) was sent to a variety of left-leaning advocacy organizations. Some prominent examples include $5 million for the Environmental Defense Fund and $400,000 given to Media Matters for America, which was founded by Clinton family lap/attack dog David Brock.

A big chunk of Skoll’s left-wing policy money was hard to track, such as the $20 million in 2017 alone that FoundationSearch shows the Skoll Fund granted to the New Venture Fund. New Venture is a nonprofit tentacle of the for-profit Arabella Advisors, a financial clearinghouse and management firm for hundreds of left-wing advocacy organizations. Arabella’s empire took in revenue exceeding $600 million in 2018. A typical example of New Venture’s work is Fix the Court, a Democratic Party–favoring advocacy organization used to oppose the confirmations of Neil Gorsuch and Brett Kavanaugh to the U.S. Supreme Court. (See also Big Money in Dark Shadows, a comprehensive research report covering Arabella’s network.)

Sometimes referred to as a “dark money” arrangement, Arabella’s business practices often make it difficult if not impossible for an outside observer to track the money going in to the specific Arabella network program it is funding. For example, $10 million of the $20 million the Skoll Fund gave to New Venture in 2017 was identified opaquely as “General Nonprofit Support.” The other $10 million was somewhat less cryptically earmarked as “Mission2020”—a reference to a New Venture program that generally funds left-leaning climate projects.

“Gasoline” for the Sierra Club

Sometimes when it is clear where the Skoll money went, the evidence confirms a radical agenda.

According to tax records, the Skoll Global Threats Fund has given at least $565,000 to the Sierra Club Foundation since 2010. Despite its size (more than $140 million total assets as of 2016) and efforts to cultivate a mainstream reputation, Sierra is a deceptively radical climate activist organization.

Legendary nature photographer Ansel Adams was a Sierra board member for 37 years and believed nuclear energy was “the only practical alternative that we have to destroying the environment with oil and coal.” This pro-nuclear opinion was once shared by others in the Sierra Club’s leadership, including Will Siri, a Sierra president during the late 1960s. But acceptance of nuclear energy ended in 1969, when an acrimonious leadership squabble lurched the Sierra Club in a radical anti-nuclear direction. (Adams gave up his board seat shortly thereafter in 1971.)

Today, the Sierra Club remains “unequivocally opposed to nuclear energy” and denounces it as “no solution to Climate Change,” a position to the radical left of many prominent climate policy advocates. Nuclear energy has been embraced as a zero-carbon solution by major mainstream climate policy organizations such as the Nature Conservancy (total assets more than $6 billion), and former NASA scientist James Hansen.

The Sierra Club has been and is actively out there trying to convert. I think it’s 50 American cities . . . to renewable energy by the year 2030. So, the movie itself is about converting to renewable energy. And so, we were able to partner with them in providing the movie to the kinds of convenings and meetings that they’re holding around the country to effectively put a little bit of gasoline in their campaign.

Gasoline? What an interesting choice of words. Wanting to make the point about energy that is truly effective, even Skoll’s film company executive couldn’t bring himself to say “put some wind in their sails.”

Another radical ally of the Skoll empire is the violence-curious Sea Shepherd Conservation Society. Sea Shepherd has received at least $680,000 from Skoll’s network—with $120,000 of that coming in as late as 2017, according to FoundationSearch. Skoll’s film company has also promoted Sea Shepherd.

Attacking Japanese whaling ships on the high seas is one of Sea Shepherd’s extralegal weapons. (Japan is one of a few nations still conducting limited legal whale harvesting.) A 2013 ruling from a U.S. federal judge denounced Sea Shepherd’s behavior as little better than piracy:

You don’t need a peg leg or an eye patch. When you ram ships; hurl containers of acid; drag metal-reinforced ropes in the water to damage propellers and rudders; launch smoke bombs and flares with hooks; and point high-powered lasers at other ships, you are, without a doubt, a pirate, no matter how high-minded you believe your purpose to be.

A 2016 essay from the Center for International Maritime Security quoted Sea Shepherd founder Paul Watson boasting: “Since Sea Shepherd was established in 1977 we have rammed more ships, sunk more ships, boarded more ships and blockaded more harbours than most of the world’s Navies.”

Greenpeace, a radical left-wing environmental activist group that is peacefully opposed to Japanese whaling, issued a 2015 statement denouncing Sea Shepherd for “morally wrong” and violent tactics: “We believe that throwing butryic acid at the whalers, dropping cables to foul their props, and threatening to ram them in the freezing waters of the Antarctic constitutes violence because of the potential consequences.”

And Participant proudly embraces Sea Shepherd. The organization is heroically portrayed in Watson, a 2019 documentary produced by Participant with Skoll credited as the executive producer.

In the next installment of “Dragging Hollywood Even Further Left,” note that United Arab Emirates government partially financed a propaganda film against fracking.