It is often argued that donor-advised funds are “dark money” ploy to funnel money without proper oversight—but are they really so nefarious? 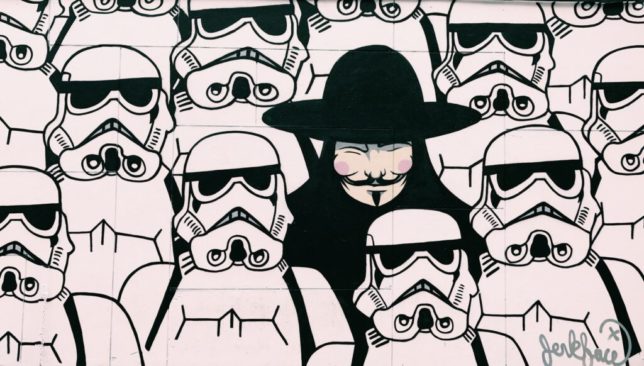 This article originally appeared in Philanthropy Daily on August 12, 2019.

One complaint often raised by liberals is that donor-advised funds (or DAFs) are “dark money” tools for mega-donors to funnel cash to advocacy groups with virtually no IRS oversight.

Some, like Gunther, have denounced DAFs as a “sham.” Others have attacked DAFs as the favored tools of right-wing “dark money” funders like Charles and David Koch. Still more have suggested a swathe of IRS regulations on donor-advised funds as a “solution,” from setting annual payout requirements to delaying tax-deduction benefits to capping management fees paid to DAF providers.

But consider that donor-advised funds are instruments of free speech for donors big and small. As CRC’s Michael Hartmann has written, calling them “dark money” machines is nothing more than acceding to the Left’s political wordplay attacking anonymous speech.

Dropping down the IRS’s hammer on these lightly-regulated vehicles would only serve to restrict philanthropy to huge foundations and the ultra-rich.

DAFs date back to 1931, but they became popular in the 1990s after strict new IRS regulations made forming and maintaining foundations too expensive for most donors. It was the IRS’s decision not to inflict costly regulations upon DAFs that made them attractive to modest givers: setting up a DAF is fast and cheap, whereas a new foundation can cost upwards of $15,000 in startup costs alone. As a result, donor-advised funds have invited huge numbers of five-figure philanthropists into a sphere once reserved for mega-donors and multi-million-dollar foundations.

Moreover, donor privacy is protected. Donors can cut a check to a DAF provider, receive their tax-deduction, and then direct the funds to another tax-exempt nonprofit without revealing their names. Access to DAFs ensures that this new wave of donors may support charities free from hostile scrutiny by “watchdogs” with an axe to grind, like the Southern Poverty Law Center.

But keep in mind that privacy is cherished by wealthy donors on both the Left and the Right, who use DAFs to channel grants to politically-minded groups. Such services are the mainstay of both DonorsTrust and the Tides Foundation, two of the biggest ideological DAF providers in America. As Tides founder Drummond Pike put it in the Chronicle of Philanthropy, “Anonymity is very important to most of the people we work with.”

In 2017, Donors Trust gave out $111 million in grants. Contrast that with the $260 million paid out that year by the Tides Foundation, its incubation arm, the Tides Center, and its 501(c)(4) lobbying wing, the Tides Advocacy Fund.

In a single year Tides paid out 134 percent more in grants through its nonprofit network than Donors Trust—which does not have an incubator or a lobbying arm. If the Left’s argument against DAFs is their use by the Right, they should consider that Schwab Charitable, a commercial provider, paid out a staggering $1.6 billion in grants in 2017—nearly 15 times as much as Donors Trust. And Schwab Charitable’s top five recipients included those left-wing mainstays, Planned Parenthood and the ACLU.

Finally, would-be regulators should remember the law of unintended consequences: it was encroaching regulation of foundations in the 1960s and 1980s that largely spurred the growth of lightly-regulated donor-advised funds. This popular giving vehicle should be celebrated for broadening America’s base of philanthropists—on both the left and the right. And, as before, who knows what might come from more IRS regulations.