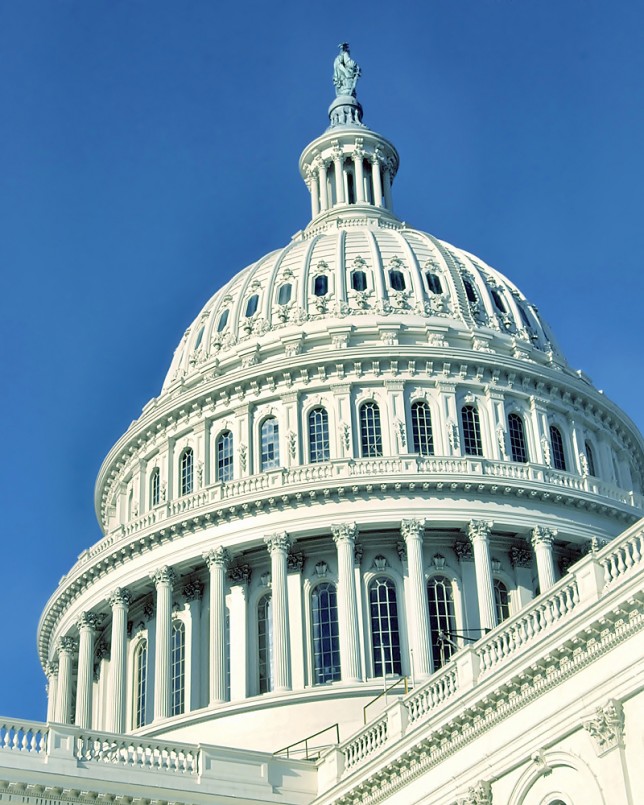 One of the aspects of the federal government that regular people find mystifying (and, when they learn the details, astonishing) is the bureaucracy’s rulemaking process. The Constitution puts legislative authority entirely in the hands of Congress, except for the President’s legislative veto and the Vice President’s role, rarely played, as presiding officer and tie-breaker in the U.S. Senate. However, the powers of the executive branch, which the President heads, have greatly increased over the years, rising to a level far beyond anything in the Constitution. Many legislative powers have been improperly delegated to the President, and various presidents have further delegated those powers to unelected, unaccountable, usually anonymous bureaucrats and their allies (such as the carefully selected scientists who provide a fake-scientific cover for bureaucratic policies).

Part of that bureaucratic process is that bureaucrats, when they announce proposed rules, seek out comments from the general public; that’s supposed to ensure that all interests are fairly represented and that the ultimate rules represent “the public interest.” Wikipedia describes it this way (https://en.wikipedia.org/wiki/Rulemaking ):

Legislation. The U.S. Congress passes a law, containing an organic statute that creates a new administrative agency, and that outlines general goals the agency is to pursue through its rulemaking. Similarly, Congress may prescribe such goals and rulemaking duties to a pre-existing agency.

Advance Notice of Proposed Rulemaking. This optional step entails publishing the agency’s initial analysis of the subject matter, often asking for early public input on key issues. Any data or communications regarding the upcoming rule would be made available to the public for review. . . .

Proposed Rule. In this step, the agency publishes the actual proposed regulatory language in the Federal Register [the government’s journal], in which a discussion of the justification and analysis behind the rule is printed, as well as the agency’s response to any public comment on the advance notice.

Public comment. Once a proposed rule is published in the Federal Register, a public comment period begins, allowing the public to submit written comments to the agency. Most agencies are required to respond to every issue raised in the comments. Depending on the complexity of the rule, comment periods may last for 30 to even 180 days.

Final Rule. Usually, the proposed rule becomes the final rule with some minor modifications. In this step, the agency publishes a full response to issues raised by public comments and an updated analysis and justification for the rule, including an analysis of any new data submitted by the public. In some cases, the agency may publish a second draft proposed rule, especially if the new draft is so different from the proposed rule that it raises new issues that have not been submitted to public comment. This again appears in the Federal Register, and if no further steps are taken by the public or interested parties, is codified into the Code of Federal Regulations.

The public comment part is mostly a sham. Most Americans never even hear about bureaucratic rulemaking, even when that rulemaking greatly affects their lives, and, with rare exceptions, the “public interest” actually represents the interests of groups that have lobbyists in Washington and are otherwise well-organized and capable of flooding agencies with comments in support of or in opposition to proposed policies.

Often, as happened recently in the case of Waters of the United States (WOTUS), bureaucrats work closely with their leftwing allies to get the comments they want and, if the comments still don’t turn out the way they want, they declare the contrary comments to be the result of an organized campaign and toss some of the unwanted comments in the trash. (The federal government is supposed to make the rules for interstate, navigable waterways—waters that carry people and goods between countries or between U.S. states. But the EPA is seeking to issue new WOTUS rules, to expand its power to the point that it could control virtually every stream, creek, pond, or ditch in the country.)

Senator David Vitter (R-Louisiana), chairman of the Senate’s Small Business and Entrepreneurship Committee, sent a letter to EPA Administrator Gina McCarthy demanding information regarding “reports that the Agency inappropriately coordinated with outside organizations during the WOTUS rulemaking process.” He wrote:

For decades, the Department of Justice has recommended that federal agencies do not lobby the general public to build political support for policies promoted by the Executive Branch. In 2014, the EPA embarked on an unprecedented public relations campaign, which may have violated anti-lobbying laws, to promote the WOTUS rule by working closely with outside organizations including the Sierra Club and Organizing for Action, which is closely affiliated with President Obama’s 2012 reelection campaign.

The New York Times exposed the EPA’s attempt to manufacture the appearance of public support for the rule (http://www.nytimes.com/2015/05/19/us/critics-hear-epas-voice-in-public-comments.html ).

In a campaign that tests the limits of federal lobbying law, the agency orchestrated a drive to counter political opposition from Republicans and enlist public support in concert with liberal environmental groups and a grass-roots organization aligned with President Obama.

The Obama administration is the first to give the E.P.A. a mandate to create broad public outreach campaigns, using the tactics of elections, in support of federal environmental regulations before they are final.

The E.P.A.’s campaign highlights the tension between exploiting emerging technologies while trying to abide by laws written for another age.

Federal law permits the president and political appointees, like the E.P.A. administrator, to promote government policy, or to support or oppose pending legislation. But the Justice Department, in a series of legal opinions going back nearly three decades, has told federal agencies that they should not engage in substantial “grass-roots” lobbying, defined as “communications by executive officials directed to members of the public at large, or particular segments of the general public, intended to persuade them in turn to communicate with their elected representatives on some issue of concern to the executive.”

Late last year, the E.P.A. sponsored a drive on Facebook and Twitter to promote its proposed clean water rule in conjunction with the Sierra Club. At the same time, Organizing for Action, a grass-roots group with deep ties to Mr. Obama, was also pushing the rule. They urged the public to flood the agency with positive comments to counter opposition from farming and industry groups.

The results were then offered as proof that the proposal was popular. “We have received over one million comments, and 87.1 percent of those comments we have counted so far—we are only missing 4,000—are supportive of this rule,” Ms. McCarthy told the Senate Environment and Public Works Committee in March. “Let me repeat: 87.1 percent of those one-plus million are supportive of this rule.”

Meanwhile, many people’s comments were ignored. Last March, the Washington Times reported (http://www.washingtontimes.com/news/2015/mar/18/epa-to-expand-the-clean-water-act-to-ponds-ditches/?page=all ) on an appearance before a congressional committee by Ken Kopocis, head of the EPA’s Office of Water. He was questioned by U.S. Rep. Bob Gibbs (R-Ohio).

Pressed by Mr. Gibbs to divulge the ratio of positive comments to negative comments on the rule, Mr. Kopocis demurred. He said many of the comments both pro and con were part of mass mailing campaigns, and the EPA discarded them.

Normal people, upon learning details of the “public comment” process, quickly recognize it as a fraud, as a way of subverting the democratic, constitutional system that is supposed to be the foundation for government in this country.

I recently had a conversation with a friend who works in the bureaucracy. She explained to me her thinking and that of her bureaucratic colleagues: that American democracy is broken, with billionaires like the Koch Brothers electing Republicans to Congress and state legislatures even though Republicans hate poor black people and are otherwise mostly evil. (“You’re not like that,” she conceded to me.) “Real” democracy, she said, is represented in the rulemaking process, in which “everyone has a say,” and all interests can be weighed fairly prior to the issuance of the final rule, which is written by knowledgeable people who have Americans’ best interests at heart.

How lucky we are to have federal bureaucrats looking out for our best interests, rather than having to rely on those members of Congress and other legislators who are so-called elected by so-called voters but are really controlled by their puppetmasters such as the Kochs!

Government by bureaucrats you’ve never heard of? As leftist mobs chant, “This is what democracy looks like!”