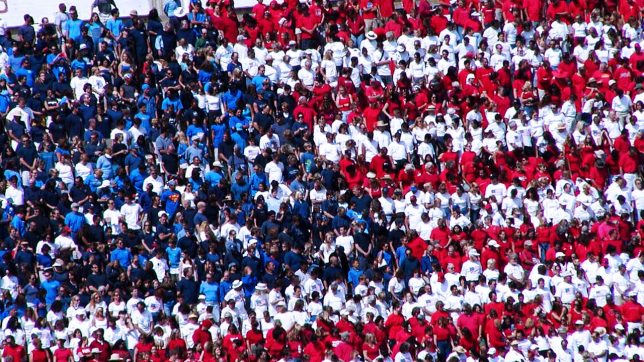 There are a lot of emotions in America right now: joy for some, and depression and pain for many others. Yet, for all the intensity, today has been inspiring. The peaceful transition of power, communicated through calls for unity from Donald Trump, Hillary Clinton, and Barack Obama, has been a reminder of what makes America the greatest nation in the world and allowed us to stand as one for 240 years.

But we came too close to that not being the case. In what has been the most divisive election of our lifetimes, with tensions on both sides through the roof, a lot more violence and anger was a very imaginable possibility. In the aftermath of this race, it’s time for us to follow the candidates’ and president’s messages and work together, regardless of our side of the aisle. We need to look to ourselves so that we can understand how this happened and make sure Americans are never so divided again.

Ultimately, we can never unite unless conservatives and progressives start talking again. The message from Clinton supporters in this aftermath is that they cannot understand how Trump supporters came to their views. This needs to change. Because of this vacuum in knowledge, motivations for Trump supporters have been fabricated or exaggerated.

Donald Trump’s supporters, and conservatives broadly, are overwhelmingly not bigots. However, it is easily understandable why many have falsely concluded that they are: conservative policy proposals on immigration, affirmative action, abortion, and many other issues have particular impacts on specific races and genders.

This is by no means to say that conservatives don’t ever smear their opponents and avoid cognitive dissonance; they frequently do in their own ways.

And it’s also not to say that real bigotry isn’t out there; it’s just to say that the vast majority of Americans, both conservative and progressive, believe that bigotry is abhorrent and do not hold their political views because of it.

It is to say that media bubbles have split our nation into two. What Trump supporters wanted was a nation in which America’s economy can boom, we’ll be safe from those who threaten us, and human dignity and rights are protected. That’s exactly the same thing Clinton supporters wanted, we just have different ideas of what will get us there. But that intention of goodwill isn’t the narrative that large swaths of the media and society have been promoting throughout this election.

Going forward, let’s recognize that goodwill. Let’s start making the most charitable interpretation of our opponent’s intentions we can imagine. Let’s start listening to what the other side has to say: really listening and discussing, not hearing and disputing. That means making an active effort to engage with opinions opposed to your own. That’s the only way we can bring our two nations back into one and ensure 240 more years.

The Capital Research Center is a conservative organization, but we invite progressives to read our work in the hope that we can start understanding each other again. In turn, we will take the care to pay attention to what you are saying. Follow us on Facebook, twitter, and YouTube to keep up with our work. We look forward to continuing this conversation.