Deplatforming, The Power Of Left-Wing Media, And Their Right-Wing Allies 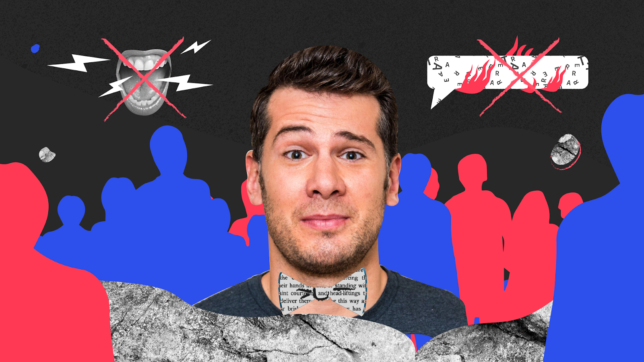 This article is the third in a CRC online symposium about the influence Silicon Valley exerts in public discourse.

In June 2019, comedian Steven Crowder found himself at the center of controversy. Arguably the most successful conservative on YouTube with more subscribers than even Fox News, Crowder had made a series of lengthy videos debunking self-described “Marxist Pig” Carlos Maza of Vox. Maza is a former employee of Media Matters for America, a group that helps activists and journalists take “direct action against” conservative media institutions. For Maza, such direct action has including support for assaulting conservatives by pelting them with food. Maza has a YouTube show attacking conservative media and has called Fox News’s biggest star Tucker Carlson a white supremacist. 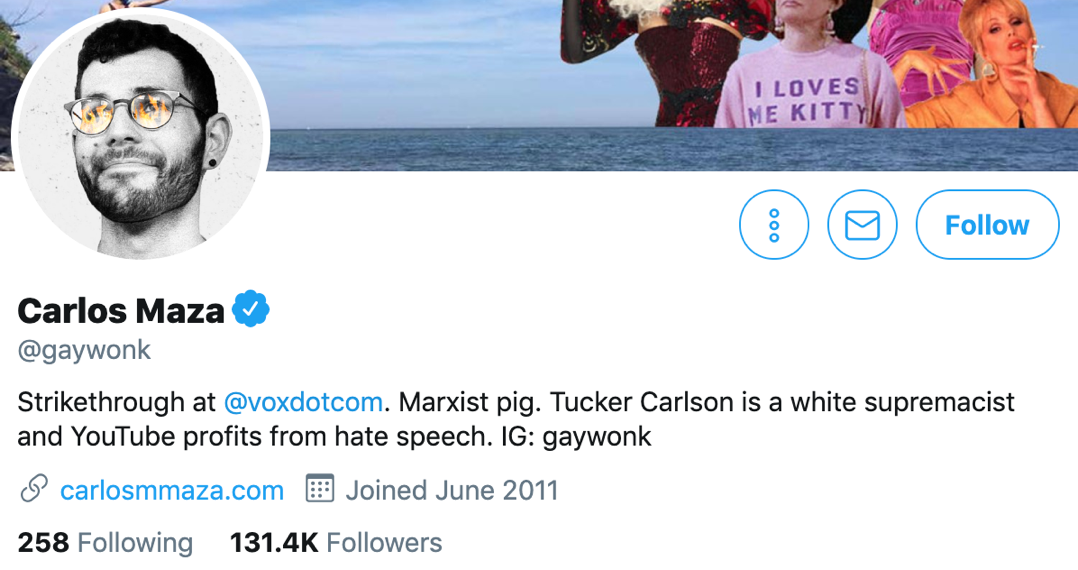 Maza excerpted less than 90 seconds of Crowder’s rebuttals in which Crowder called Maza “gay” and “Latino” which Maza often calls himself, and was part of Crowder’s regular schtick, affectionately nicknaming his own team “Half-Asian Lawyer” and “Not Gay Jared.”

Maza called that minute-and-a-half “harassment” and asked his followers to mass report Crowder. YouTube responded that Crowder had not violated any of their policies. But after a media storm supporting Maza, YouTube chose to demonetize Crowder’s channel.

Why is it that those on the left can name call and advocate physical assault, while Crowder’s calling @gaywonk gay is “harassment”? And why can those on the left attack people for being “white” and “male” while Crowder can’t straightforwardly call someone “gay” and “Latino”? Because there is no objective definition of what is “hateful” or “harassment”, only subjective, potentially biased impulses. This incident is just a small part of mass pressure from left-wing journalists and activists.

First, the Left came for those most Americans rightly agree are reprehensible — white supremacists and conspiracy theorists — by writing article after article about the problem of online extremism. CNN reporter Oliver Darcy repeatedly wrote articles and tweets pressuring social media companies to ban the internet’s largest conspiracy theorist: Alex Jones. Darcy won, with Jones now banned from Facebook, YouTube, Apple Podcasts, Spotify, Pinterest, LinkedIn, and Twitter. The Left also moved against right-wing nationalists disliked by much of the conservative movement including Milo Yiannopoulos and Laura Loomer. They were purged from numerous platforms including Twitter, Facebook, Instagram, and Tumblr.

But now with many extremists banned, it’s easier to go after mainstream conservatives like Crowder. To many who favor banning hate speech over protecting open discourse, it is not simply the fringes who need to be excised from society. Rather, mainstream conservative views are extremist and bigoted and need to be banned. Being pro-life is misogyny, being pro-borders is white supremacy, opposing affirmative action is racism… and a comedian calling a gay person gay is homophobic if he’s conservative. 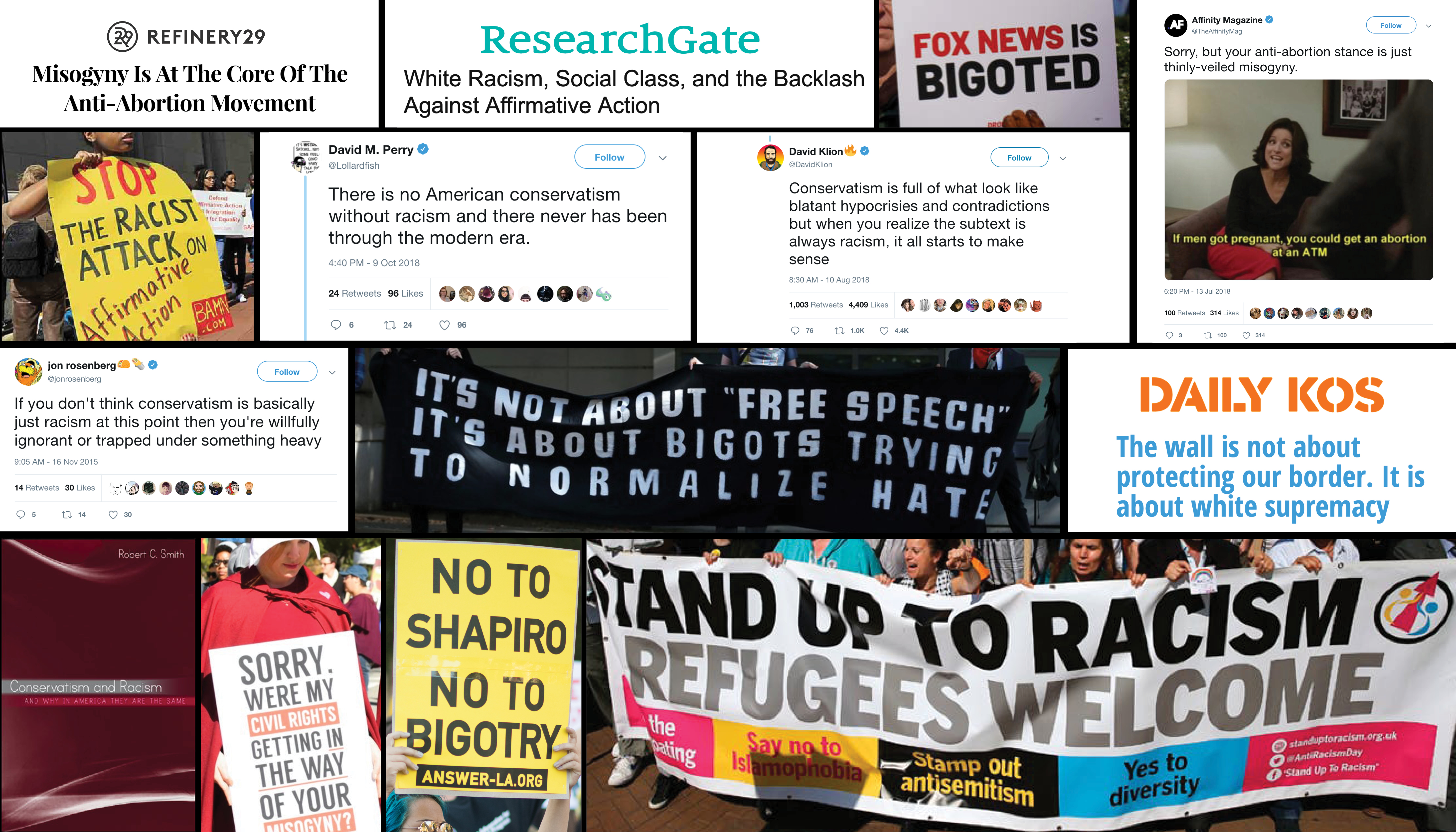 It’s not just Crowder. See PragerU. Many of their videos including “Are The Police Racist?” and “Who’s More Pro-Choice: Europe or America?” have been placed in YouTube’s restricted mode. YouTube has not openly admitted why those videos need restrictions. 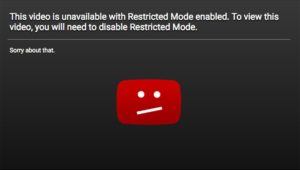 Or see Pinterest. Documents leaked to Project Veritas reveal that Pinterest put Live Action, a pro-life organization, on a block list, along with Christian content and conservative news site PJ Media, and they considered Ben Shapiro a white supremacist and member of the alt-right, even though Shapiro is Jewish and the Anti-Defamation League found him to be the largest online target of the alt-right. YouTube and Twitter then removed Project Veritas’s news report, claiming it violated their guidelines because it revealed the name, not personal information, of the Pinterest employee who shadowbanned conservatives, even though leak-based journalism appears frequently without objection.

The New York Times is pushing the assault on mainstream conservatives even further. Witness its front-page story with a lead image tying the alt-Right to non-partisan journalist Phil DeFranco, psychologist Jordan Peterson, Crowder, Shapiro, and even famed economist Milton Friedman. The article blamed center-right commentators for leading a man to watch online extremists. The Times warned that he became a “traditional conservative”, dated an evangelical Christian woman, and debated his liberal friends. The man was supposedly saved by watching Marxist YouTubers. 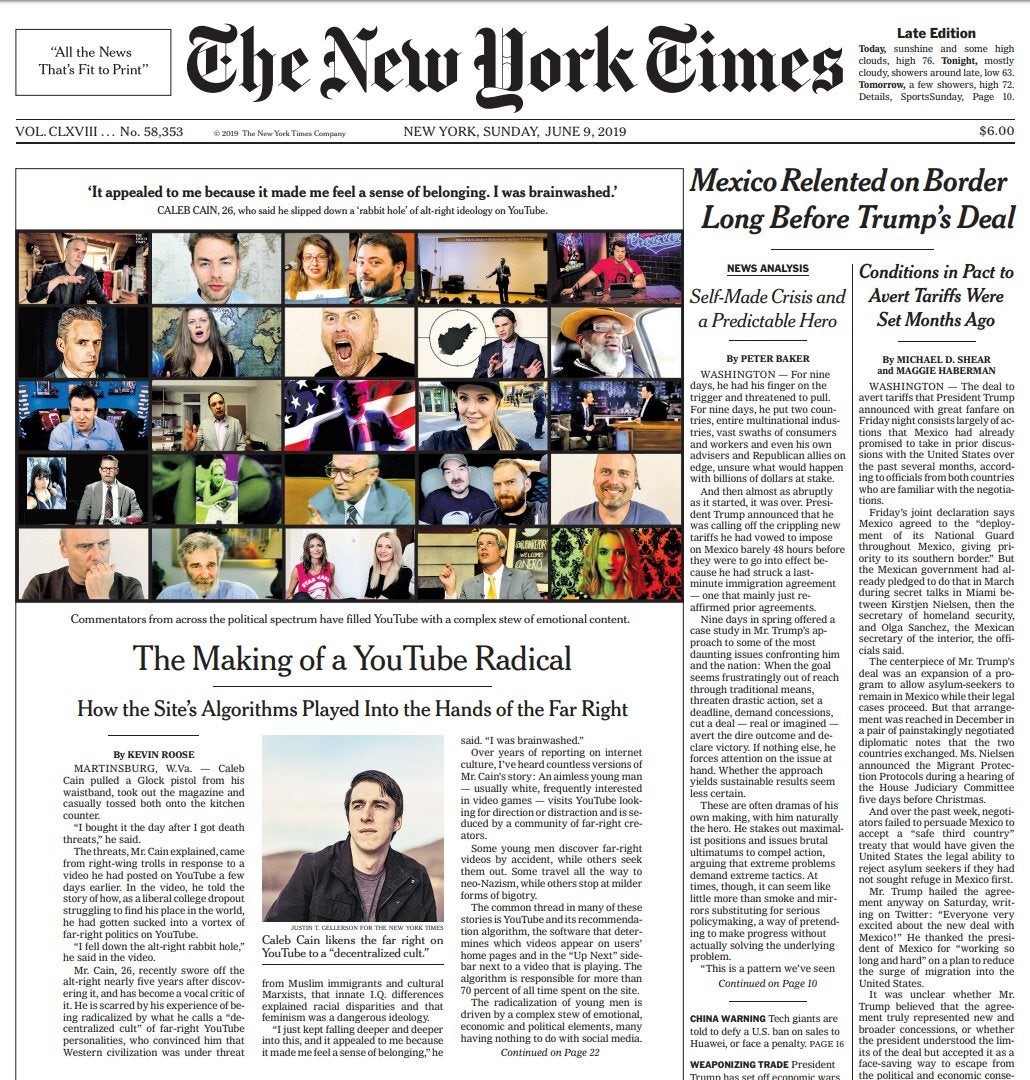 That article included an oft-cited study which ties center and center-right YouTubers such as Joe Rogan to the far-right simply because they’ve spoken to people who have also spoken to extremists. Left-wing journalists have repeatedly and absurdly tried to tie Jordan Peterson to the alt-right.

A recent Project Veritas expose into Google revealed that Google’s “Head of Responsible Innovation” Jen Gennai believed Google would prevent “the next Trump situation” and that the company uses artificial intelligence to reduce people’s ability to discover right-leaning content over left-leaning content in the name of “fairness”. Additionally, a member of Google’s “transparency-and-ethics” group suggested it be made harder to find content from Jewish Ben Shapiro, PragerU (named for the Jewish Dennis Prager) and Jordan Peterson because they are “nazis.”

Knitting site Ravelry has explicitly banned all Trump support, but this doesn’t stop with social media. The far-right Proud Boys were forced to cease using Chase Bank. Milo Yiannopoulos was banned from PayPal, Venmo, Patreon, Coinbase, Eventbrite, Mailchimp, and Wix. Laura Loomer also from GoFundMe, Uber, and Lyft. And now the left-wing activist group Color of Change is trying to pressure all financial service companies to stop doing business with “white supremacists”. If Tucker Carlson, Ben Shapiro, and Jordan Peterson are white supremacists, who else may be?

Maza continues to push for Crowder to be fully banned from YouTube. So long as leftist activists and journalists continue to be loud, and organizations are willing to listen, the Left’s march will continue. And with their willingness to defame moderates as radicals, plus the ever-shifting definition of what is considered hateful, they could succeed. The only sure way to prevent that is to protect open discourse and the free exchange of ideas, regardless of the content of those ideas. Accomplishing this does not require government regulation that impinges on the right to free speech and free association of private companies, nor would such regulation be ethical or likely to succeed, but boycotts, competition, and most importantly public pressure as loud as that of the Left are vital tools of the market process that the Right must use.

A RINO is a Republican who accepts the premises put forth by the other side—and, based on that twisted view of reality, surrenders without a fight.

RINOs don’t need Democrats to beat them. They do a great job of beating themselves.

For example, see never-Trump neoconservative Bill Kristol’s website The Bulwark, where columnist Christian Schneider wrote an attack on Crowder that could be easily confused for what many of Crowder’s left-wing opponents have written. This tradition follows from National Review founder William F. Buckley, who is remembered by history perhaps more than anything for working to exclude those he didn’t like from the conservative movement.

Buckley’s most famous purge was of the John Birch Society. While most would agree the John Birch Society was a problematically overly conspiratorial organization, Buckley’s purge was not over that alone, but also their skepticism about the Vietnam war. Buckley’s purges hit a number of anti-war and libertarian political figures. He attempted, unsuccessfully, to purge Ayn Rand, regularly misrepresenting her and writing a callous obituary that started with “Ayn Rand is dead. So, incidentally, is the philosophy she sought to launch dead; it was, in fact, stillborn.” He did the same to libertarian economist Murray Rothbard, founder of the Ludwig von Mises Institute and co-founder of the Cato Institute; Buckley’s obituary for Rothbard also misrepresented him and compared him to cult leader David Koresh.

Meanwhile, Buckley’s history of bigotry was far worse than many of his political opponents at the time, writing for National Review in 1957 an editorial titled “Why the South Must Prevail” in which he argued “the central question that emerges … is whether the White community in the South is entitled to take such measures as are necessary to prevail, politically and culturally, in areas where it does not predominate numerically? The sobering answer is Yes—the White community is so entitled because, for the time being, it is the advanced race.” Buckley, to his credit, backed away from such views later in his career.

Today, Buckley’s followers don’t tar him as bigot. Nor should they. But their refusal to extend the generosity with which they treat his legacy to others on the Right outside their circle speaks to a tribalism that does our current political situation no favors. That lack of generosity may root from a noble desire to rid the right of its bigots and conspiracists, as it did for Buckley, but Buckley’s followers today have only escalated upon his damaging impulse to tar those who should be allies.

My colleague Ken Braun’s take on Crowder’s controversy falls directly into that trap, lionizing the “hero” Buckley and National Review for “policing their own before the Left and the mainstream media did it for them” while also taking a notedly ungenerous view of Crowder, alleging he sold “shirts associating gay people with communists”. Crowder’s comic shirt in fact says “Socialism is for Figs”, which is how Crowder has always referred to it (though granted it is obviously alluding “fags”), but even if it did, for those who believe the word “fag” must always be said with anti-gay malice, I implore you to watch one of South Park’s greatest episodes, which thoroughly handles the subject. 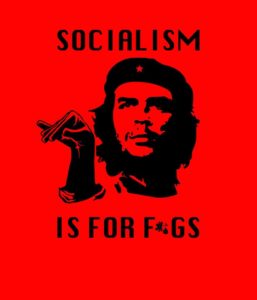 Compounding matters, the Left has already come for one of Buckley’s disciples, National Review’s Kevin Williamson, who was fired from The Atlantic after Media Matters for America alleged that he had advocated for hanging women who have had abortions and a left-wing twitter mob shortly followed. Williamson’s National Review colleague David French defended Williamson on grounds that could easily be mistaken as referring to Crowder, “Like every single interesting and talented person I know, he can provoke. But so what? Aren’t we adults? Can’t we handle disagreement? Apparently not.” Meanwhile, The New Republic writer Jeet Heer explicitly used National Review’s right-wing purges as justification for The Atlantic’s firing of Williamson.

Much of Buckley’s justification for his purges was that they would make conservative political candidates, specifically Barry Goldwater, more electable. Goldwater lost. Today, John Birch Society tied Mick Mulvaney is Chief of Staff to President Donald Trump. The Right must take it upon itself to call out and oppose bigots, authoritarians, and conspiracists, but it must be equally willing to defend those who are unfairly tarred as such. And we must oppose deplatforming on principle, regardless of who is it is happening to.

Those unwilling to join this fight may find themselves next on the Left’s list.