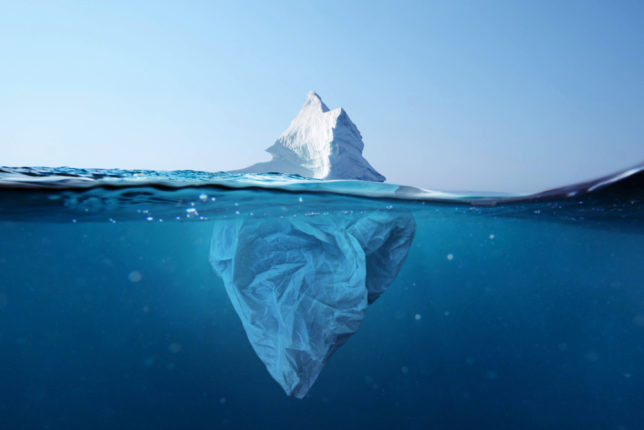 The Left loathes all “dark money”—except for most of it.

In 2020 alone, six networks raked in a stunning $3.7 billion in “dark money,” funds used largely for political activism whose donors are difficult—if not impossible—to trace. Some of these networks are familiar to those who follow the money, such as the Tides Foundation.

Others, like the nonprofit empire commanded by the consulting firm Arabella Advisors, were exposed as the face of left-wing “dark money” during Justice Ketanji Jackson’s recent Supreme Court confirmation hearings.

Still others are effectively unknown except to the professional activists they fund. Yet their existence is proof that the Left thrives on hidden money and secret donors, many of whom share the same last name: Foundation.

What’s Dark About It?

“Dark money” isn’t a legal term, but a squishy political phrase coined a decade ago by the left-leaning Sunlight Foundation. It was created by liberals to attack conservatives’ anonymous spending on political causes, but today it’s used by many to disparage political spending in general, but particularly any free speech the Left wants to silence.

Americans’ right to support political causes of their choice without the threat of retribution is fundamental to their free speech right enumerated in the First Amendment to the U.S. Constitution.

For years, Sen. Whitehouse and other Democrats have been trying to make anonymous free speech illegal—see the For the People Act (H.R. 1)—while completely ignoring the mountains of “dark money” backing their own political causes. Yet Whitehouse himself has raised who knows how much for his reelection campaigns via one of these “dark money” platforms, ActBlue.

Leftists were quick to decry a vast, right-wing conspiracy of secret donors backing the Supreme Court nominations of Justices Brett Kavanaugh and Amy Coney Barrett, but were mum when the “dark money” group Demand Justice lobbied Justice Jackson into a seat on the nation’s highest court. Where’s the outrage?

My goal isn’t to attack “dark money,” but to reveal just how much of it the Left wields. Call me an optimist, but perhaps then Washington can start debating the merit of ideas, instead of who funds them.

The list below focuses solely on major pass-through nonprofits funding a broad range of left-wing political causes, and it represents only a fraction of the Left’s incredible money machine. For transparency’s sake, I’ve limited this list to narrow its scope and avoid inflating the figures. (Relevant PACs, which report their donors, are mentioned, but their budgets aren’t counted.)

My research also excludes activist groups, since I’ve elsewhere exposed the pro-abortion industry and environmentalists; private foundations, which report their donors; niche pass-throughs like the climate-funding Energy Foundation; and politically active community foundations like the enormous Silicon Valley Community Foundation, which also heavily funds nonpartisan purposes such as hospitals and the arts.

Just Passing Through: A Guide to the Left’s Money Machines

The Left’s money machine is massive. These are a few of the most important components.

Tides Nexus. The Tides Nexus is a collection of Bay Area nonprofits that collectively brought in over $1.6 billion in 2020 alone—and more than $6 billion since 2007. If one can call a “dark money” network famous, this is it.

Tides is probably the oldest political pass-through in America, formed in 1976 by activist Drummond Pike as a clever way to quietly funnel liberal donors’ cash to political groups without revealing their support to the public. A few years later, Pike expanded his growing nexus with an “incubation” service—essentially using Tides’ tax-exempt status as a shield under which to spawn new activist groups. The first of these was reportedly Norman Lear’s radical People for the American Way, which was a major lobbying force in Justice Jackson’s confirmation hearings.

Pike has long since retired, but Tides—now expanded to over half a dozen groups—remains the Left’s premier service for “laundering” donors’ money into political activism, washing away their names in the process.

Arabella Advisors. Until 2019, Arabella Advisors was a complete unknown to conservatives. For close to a decade and a half, this obscure consulting firm operated the most powerful liberal lobbying force in Washington with hardly a mention in the Washington Post—let alone on the Right. This writer discovered the network only by accident, after investigating the groups involved in protesting Justice Kavanaugh’s confirmation hearings in late 2018 and following the bread crumbs first to Demand Justice, then on to the rest of the Arabella empire.

Arabella was formed in 2005 by Eric Kessler, a former Clinton administration staffer and “green” activist, to help wealthy liberal donors and foundation spend their money. Soon Kessler and Co. had founded a set of nonprofits—all sharing Arabella’s address and board leadership—with a clever business model: Donors cut checks to the nonprofits, which then hire Arabella staff to run their activist campaigns and pay the company millions of dollars in return. Nice work, if you can get it.

In 2020, this network brought in $1.7 billion from the Bill and Melinda Gates Foundation, Warren Buffett’s Susan Thompson Buffett Foundation, and others to push left-wing policy and help elect Democrats. The group was even active in aiding the Mark Zuckerberg–funded Center for Tech and Civic Life (CTCL) place tens of millions of dollars in “Zuck bucks” in Louisiana, Pennsylvania, and probably elsewhere during the 2020 election.

Other Pass-Through Groups. The Left also has an array of smaller pass-through groups. The Proteus Fund, for instance, funneled $41 million from foundations and donors in 2020 to groups like the Voter Registration Project, which received $7.5 million to target likely Democratic voters. It gave another $1 million to the Voter Participation Center to boost mail-in voting among the so-called New American Majority, code for likely Democratic voters.

And NEO Philanthropy received $133 million in 2020, money it regifted to Democratic turnout machines: $906,000 to Blueprint North Carolina, $785,000 to Progress Michigan, $772,000 to New Virginia Majority, and $600,000 to the far-left Georgia Coalition for the Peoples Agenda, which brags that “our Get Out The Vote Campaign is utilized . . . to accomplish mass voter turnout” in strategic regions.

Of course, this is just the tip of the iceberg. There’s no shortage of shadowy cash for bankrolling everything from gun control to federalizing elections to boosting Democratic turnout.