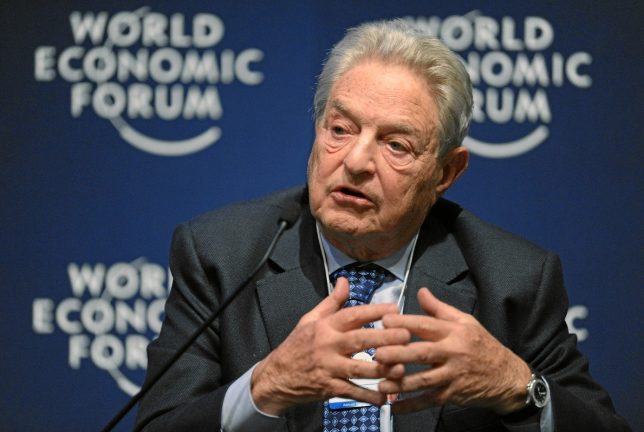 What Is Dark Money?

The 501(c)(4) is one of three types of nonprofit organizations considered to be repositories and traffickers of “dark money” because they are entitled to take in unlimited donations from corporations, individuals, and labor unions. Unlike traditional political action committees (PACs), these (c)(4) groups can spend funds to influence elections (within some limitations), but they are not required to share the source of the funds. The other two entities are labor unions, organized under section 501(c)(5) of the tax code, and business leagues, organized under section 501(c)(6).

According to the Center for Responsive Politics, “dark money refers to political spending meant to influence the decision of a voter, where the donor is not disclosed, and the source of the money is unknown. Depending upon the circumstances, dark money can refer to funds spent by a political nonprofit or a super PAC.”

Dark money, so says an increasingly loud chorus of hypocrites on the Left, poses a dire threat to the existence of the republic and is routinely denounced by Sens. Bernie Sanders (I-Vt.) and Elizabeth Warren (D-Mass.), as well as by a constellation of left-wing politicians, pundits, academics, journalists, and activists. But despite the drumbeat against it, dark money isn’t actually as big a factor in elections as one might think.

So dark money isn’t quite the threat it has been made out to be. Indeed, there is an upside to dark money: it can protect unpopular speech and hold government accountable for its policies and actions.

Being compelled to identify donors leaves those donors open to intimidation—or to what the Left calls “accountability” actions, in various forms, including naming and shaming, mob actions, and getting people fired from their jobs.

One doesn’t have to go far back in the nation’s history to see how state governments have tried to trample on civil rights by demanding the identities of activist group donors. In NAACP v. Alabama (1958), the Left rightly cheered when the U.S. Supreme Court found that Alabama’s demand for the NAACP’s membership lists was in conflict with the Fourteenth Amendment’s due process guarantees. But left-wingers long ago lost interest in protecting free speech and due process rights. The ends justify the means in the minds of those schooled in the tactics of Saul Alinsky. Now they view money from anonymous donors as a threat. Such brazen hypocrisy regarding dark money, situational as it may be, is deeply galling to conservatives and libertarians, especially because left-wing philanthropies are much wealthier than their right-leaning counterparts.

Atlantic Philanthropies embraces the dark-money approach to fundamentally transforming America. It wants foundations, whose giving in this country dramatically skews to the Left, not to be afraid to give their tax-privileged money to 501(c)(4) organizations in order to pursue left-wing political objectives.

Atlantic Philanthropies created a template when it dropped $27 million on advocacy groups, primarily Health Care for America Now (HCAN), to help force-feed the public the sclerotic bureaucratic monstrosity known as Obamacare. HCAN, a 501(c)(4) advocacy organization that worked with MoveOn, AFL-CIO, Organizing for Action, and the now-defunct Association of Community Organizations for Reform Now (ACORN), put together a pressure strategy that was instrumental in passage of the legislation in President Obama’s first term. (HCAN was profiled in “How Liberal Activists Passed Obamacare,” by Philip Klein, Foundation Watch, August 2010.) Enactment of the inappropriately named Affordable Care Act was “the culmination of a campaign” by Atlantic Philanthropies and its allies, crowed Atlantic’s then-president, Gara LaMarche, long a George Soros operative and left-wing thought leader. LaMarche, now president of the Democracy Alliance, a left-wing billionaires’ donor consortium, also previously bragged (with some justification) that President Obama’s 2008 election represented the “coming to fruition” of investments “in building a progressive infrastructure.”

Atlantic Philanthropies, an ordinary nonprofit corporation headquartered offshore in Bermuda, was able to money-bomb the health care issue because this foreign location neutralized rules governing U.S.-based foundations. In other words, American non-profit law privileges offshore foundations. Because Atlantic Philanthropies is based outside the United States, it is allowed to fund 501(c)(4) advocacy activities, a practice not allowed for American-based foundations. (American foundations may fund (c)(4) organizations, but the grants must be limited to educational activities, appropriately performed by the same type of charitable organization that is prohibited from influencing the outcome of an election.)

Atlantic specifically credits its 501(c)(4) donations, which were handed out from 2004 to 2014, with helping to turn the tide in the public debate over immigration reform. In the media, “messaging was able to move from primarily defensive to offensive—a first for the field since pre-9/11” (“Advocacy, Politics & Philanthropy: A Reflection on a Decade of Immigration Reform Advocacy,” available on Atlantic Philanthropies’ website).

“This move from defense to offense signaled the beginning of an era in which pro-immigrant messaging was able to beat back anti-immigrant messaging, becoming more mainstream,” states the Atlantic-commissioned report from 2016. Note how this rhetoric deliberately and dishonestly conflates (A) the public’s entirely justified anger over illegal immigration and the government’s refusal to combat it, with (B) opposition to immigration in general.

The report gloats that in 2009, “after much pressure from pro-immigration advocates and others, Lou Dobbs stepped down from his show and was released from his CNN contract, bringing an end to three years of nightly haranguing of immigrants.”

In the next installment of Dark Money Ascendant, learn how Atlantic Philanthropies changed the tenor of the immigration debate.