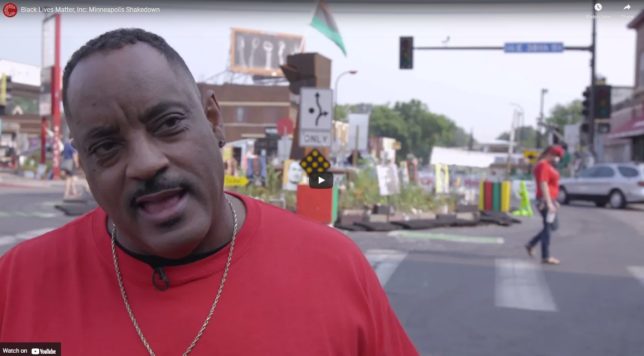 Capital Research Center, America’s investigative think tank, is releasing the first of a planned series of videos examining the aftermath of the Black Lives Matter protests that engulfed cities across the country in the summer of 2020 following the death of George Floyd in Minneapolis, Minnesota.

Working in partnership with No Filters Media, CRC sponsored the first video, which was filmed on location in the neighborhood where Floyd was killed, to hear from the people who live and work in the area about what they think of the Black Lives Matter organization. What we heard was that the group purported to care about their lives and livelihoods but allowed the buildings where they earn livings, worship, and send their children to school to fall prey to out-of-town rioters carrying the banner of Black Lives Matter. These local residents’ comments are unlike anything seen in the news before.

CRC President Scott Walter, who sat down with John Solomon on the John Solomon Reports podcast today to discuss the series, had this to say:

“Our filmmaker, who was given unprecedented access to the community, tells me what he’s hearing is that Black Lives Matter ‘the organization’ is not the same thing as black live matter ‘the sentiment’,” Walter said. “The organization is a repeat of what’s been going on for decades in these communities. The people who live in Floyd’s neighborhood think police brutality and killing of black men is an issue, but not the only issue. They know some cops are bad, but they also know they need the police in their neighborhoods. They know police ARE NOT their biggest problem. Corruption, nepotism, connected politicians; everybody that’s in on this grift. The truth is, populists can be black.  And if the establishment left and mainstream media hate poor white populists, they’re going to hate poor black populists even more.”

The video can be viewed by visiting BLMAftermath.com, where you can also see some of the Center’s work on the origins of the BLM global movement and their attempts to restructure in recent months; or directly on YouTube.