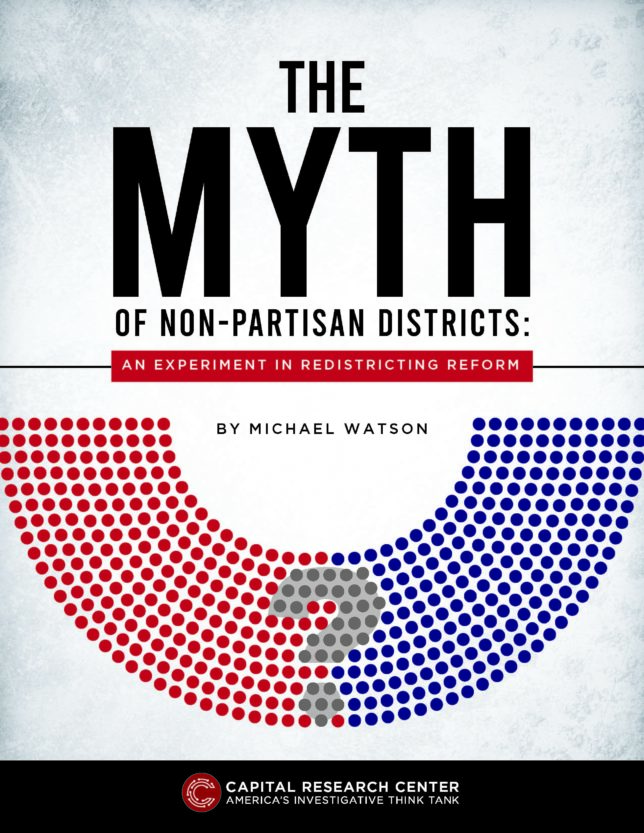 Proposals to reform the way states apportion districts to select members for the House of Representatives are gaining traction across the country. Just this year, the House of Representatives passed legislation to require all states to appoint independent redistricting commissions–thereby stripping statehouses of their power to draw congressional district maps. In this study, CRC’s Michael Watson explains how even independently drawn districts tend to favor one party over another.

Democrats, as well as interest groups aligned with their political interests, are demanding major revisions to the way elections are held for the U.S. House of Representatives. A bill known as H.R. 1 contains the House Democrats’ desired changes. The proposed law would require all states to set the boundaries of their Congressional districts by using purportedly independent redistricting commissions. The Democrats and their allies claim this provision would ensure that when “considered on a Statewide basis,” Congressional redistricting would not “unduly favor or disfavor any political party.”

That raises two questions: First, how much do current Congressional district maps “unduly favor” one party or another? Second, given that “independent” redistricting commissions already operate in California, Washington, Idaho, and Arizona, do those commissions in fact draw district maps that produce state-level proportionality among the parties—or at least produce more state-level proportionality than what occurs in states that do not use purportedly independent commissions to draw the districts?

This report analyzes those questions by looking at real-world election results for the House of Representatives from 2010 through 2018 and then applying a simplified version of the procedure used by many countries to allocate their representatives to the European Parliament. That European procedure is known as the “D’Hondt method.” It allocates seats proportionally to competing parties, based on the total votes cast in the jurisdiction.

If one takes the view of the Democrats and their allies, then a state with multiple Congressional seats “should” elect a delegation of Representatives whose Democratic/Republican ratio matches the proportion of the total votes cast in the state for Democrats and Republicans. Otherwise, the state’s district maps provide “undue favor” to one party.

Interestingly, given the Democrats’ insistence that H.R. 1 must be passed in order to remedy gravely “unfair” districts maps, we find that the present Congress already has essentially the same partisan breakdown that it would have if the 2018 vote totals had been run through a D’Hondt allocation calculator to allocate state Congressional delegations: The Democratic caucus would have an identical 235 members.

Using a D’Hondt allocation for the elections from 2010 through 2016, we find those Congresses would have had smaller Republican majority caucuses than they did in real life. And yet the partisan control of the House in each year would not have changed—not even in 2012, when Republican candidates received fewer aggregate votes than Democrats.

Another major finding repudiates the idea that states which use purportedly independent commissions to draw Congressional districts end up more “fair”—that is, produce state delegations that are closer to the state’s proportional Democratic/Republican vote—than do states that draw their districts under a legislative, judicial, or politician-commission system. From 2010 through 2018, states with “independent” commissions deviated no less, and in the current Congress deviate far more, from the D’Hondt proportional allocation than states that did not use such commissions.

California, long a model for left-of-center electoral “reforms”—including independent redistricting commissions, top-two primaries, and extended voting periods—has been especially “unfair” for election after election, when judged by the proportional representation standard. In all the election cycles studied, California deviated by at least 9 percentage points in favor of excess Democrats (5 of its 53 seats) in each election. In its 2018 election, California produced a dramatically disproportionate result: it returned the Democrats an “extra” ten seats relative to the statewide vote proportion.

A caveat: If the proportional representation system that we used to calculate the present study’s experimental “results” were actually used in real-world elections, that change in election rules would likely cause voters to change their behavior. That means real-world results would not likely be precisely the same as our experimental findings.

But that helps indicate that the proposals demanded in H.R. 1 are not in the interest of increasing the representativeness of the Congress. Instead, they are in the interest of the political power of the Democratic Party and its very effective redistricting-related legal machine.

Apportionment of seats in the legislature is a fundamentally political act; there is no “scientific” way to determine how communities and political ideals should be contested. Therefore America should leave the question of representation to the political branches; to legislation, not to faux-scientific legal baby-splitting.

[i] Amy, Douglas J. “What is ‘proportional representation’ and why do we need this reform?” Accessed June 5, 2019. https://www.fairvote.org/what_is_proportional_representation_and_why_do_we_need_this_reform.