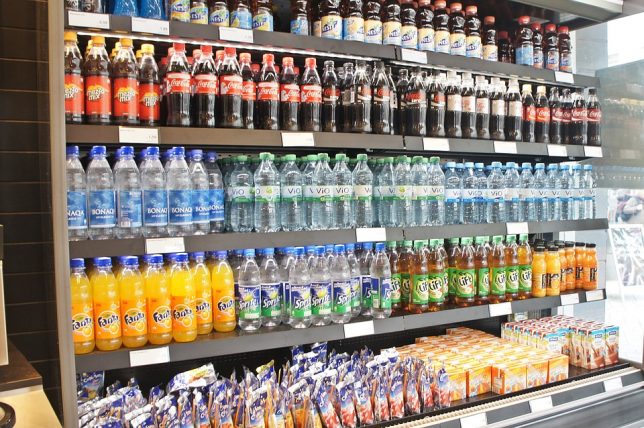 The Cook County, Illinois, Board of Commissioners voted 15-2 to repeal a sugary drink tax after it has been in effect for barely two months. Beginning December 1, business owners in Cook County (which includes Chicago) will no longer have to charge the penny-per-ounce surcharge. The tax, which proponents claim would both improve health and raise additional revenue, extends beyond sodas. It covers all sweetened beverages—even those with artificial sweeteners—forcing consumers to spend, for example, an extra $1.28 for a gallon of zero-calorie iced tea.

The voice vote by the Board was the final nail in the coffin for the unpopular tax; the Board’s Finance Committee voted 15-1 on Tuesday to end what was a burden to both economic growth and personal liberty.

The tax originally marked a significant victory for its supporters, as Cook County was the largest jurisdiction yet to attach a sin tax to sweetened beverages.

But for consumers having to spend more at the check-out line (or the gas pump, given the extra mileage for those who drove out of the city to shop), the victory wasn’t that sweet. Cook County Commissioner Sean Morrison, who led the repeal effort, pointed out:

Many residents are now doing their entire grocery shopping outside of Cook County. No doubt that this will have a serious impact on county and municipal sales tax revenues. Quite simply: the beverage tax was the wrong remedy for Cook County.

Despite the strong opposition to the tax in Cook County, the measure’s main proponent, Board Chairwoman Toni Preckwinkle, stubbornly backed a budget for 2018 that included an extra $200 million—the amount she expected the county to collect from the soda tax in the coming year.

The repeal came despite the support from former New York City Mayor and billionaire Michael Bloomberg, who spent $5 million on radio and tv ads and vowed to do “whatever it takes,” to prop up the tax. As mayor, Bloomberg had backed a complete ban on sugary drinks larger than 16 ounces—a rule that the New York State Court of Appeals eventually struck down.

These consequences were easy to predict. As CRC showed in August, a similar soda tax in Philadelphia meant to bolster the city’s budget—under the guise of improving residents’ health—not only failed to raise the revenue that the tax’s backers expected, but drove soda drinkers to seek out even unhealthier alternatives. Indeed, a few days after Cook County’s tax went into effect, the Chicago Tribune suggested the county would be watching the growing body of data from Philly, where sales of affected beverages were down 60 percent after eight months.

The rationale for enacting soda taxes varies based on special interests. For politicians like Preckwinkle, the tax is a matter of giving government more money to spend. Meanwhile, others—like the Illinois Public Health Institute and the Illinois Alliance to Prevent Obesity—support such taxes as a way of reducing consumption of products deemed unhealthy. Both groups share the same view that the government should effectively limit consumer choice.

Because Preckwinkle—whom Chicago Tribune columnist John Kass refers to as “Taxwinkle”—stuck to a budget that assumed the tax’s survival, the Cook County Board of Commissioners will now have to find a way to plug that $200 million hole in its budget. But rather than scaling government to the size that citizens are willing to pay for, Preckwinkle is already sounding the alarm to public sector employees. She warned that, with $200 million in revenue taken away “unless the board agrees on other revenue,” the Board  “will have to make cuts, some of which will be very painful.” She went on to blame the national political climate, saying,

In an environment where there’s a lot of anti-government rhetoric and sentiment, it makes it very difficult for local units of government to raise the revenue needed to deliver services.

Her office said that while the tax lasted, it brought in $16.5 million to the county.

The unseen downside, however, is the amount of revenue lost in sales and gas taxes because residents fled to neighboring counties to shop.

Just as in Philadelphia, lawmakers have learned another lesson of unintended consequences: when faced with a price hike, consumers will simply direct their (job-creating) spending elsewhere.

The Founders of Black Lives Matter