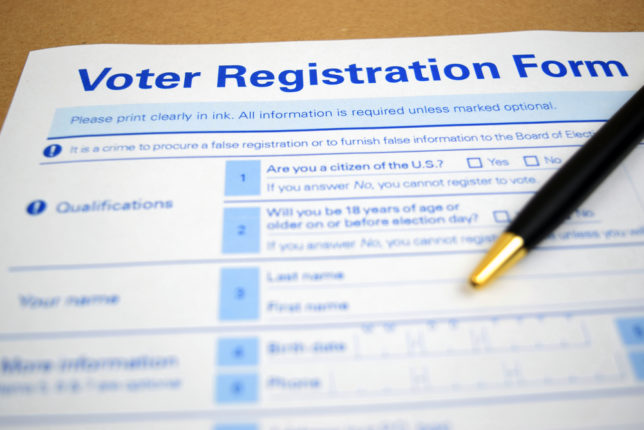 In the aftermath of an underwhelming performance by Republicans in the 2022 election, demands have echoed across the internet for conservative leaders to develop a ballot-harvesting and voter-mobilization infrastructure comparable to the Left’s. Fed up and increasingly cynical, many conservatives, including heavyweights such as Blake Masters, Lee Zeldin, and Newt Gingrich, have decided that in our brave new world of mail-in elections and early voting, conservatives need to improvise, adapt, and overhaul their electioneering strategies or face certain doom.

The cynics are correct, but even the most cynical among them don’t realize just how correct they are.

Fixing disadvantages in voting by mail is only part of the equation. Conservatives have been hopelessly outclassed by the Left’s vote-getting infrastructure for over a decade. For those who take the time to look, it’s not hard to see why. In a word: nonprofits.

Nonprofit organizations are a huge part of the political landscape for both sides. They can develop policies, shape agendas, and mobilize and engage citizens on the issues that affect them. While conservative nonprofit organizations excel at these first parts (quibbling over tax reform bills and researching wonky policies), virtually none engage in the “community organizing” and “civic engagement” work favored by liberal counterparts.

To understand the scale of the advantage this gives the Left during election season, consider the jaw-dropping numbers generated during the 2020 cycle by the four most notable get-out-the-vote nonprofit organziations of the Left: State Voices, the Voter Participation Center, the Center for Voter Information, and America Votes.

The dynamic duo of the Voter Participation Center and the Center for Voter Information registered another 935,000 voters and generated 4.6 million mail-in ballot applications, which they estimate produced an additional 385,000 actual votes. In Arizona and Georgia specifically, their estimated vote impact was over 200% of the total presidential margin of victory.

Then there was America Votes, with its 80 national partners and 400 state partners, which reported attempting 350 million voter contacts, knocking on 7 million doors, making 175 million phone calls, and sending 100 million texts.

If just these four organizations were combined during 2019–20, the resulting group would have raised $332 million, registered 3 million voters, and attempted 450 million voter contacts. That’s roughly two contacts per eligible voter in America. More accurately, it comes to five for every Biden voter because these “nonpartisan” groups use every tactic at their disposal to make sure they target only likely Democrats with their work.

They’re so effective at targeting Democrats, in fact, that a leaked memo from Democratic super PAC Mind the Gap (lately of Sam Bankman-Fried fame—his mother was a co-founder) advised its donors to send their money to the nonprofit organizations instead of PACs because they were “4 to 10 times” more cost-effective at “netting additional Democratic votes” because of the same tax-exempt status that supposedly bars them from partisan activities. How’s that for working the system?

Meanwhile, there has been no real conservative equivalent since the Tea Party, and what infrastructure does exist today is usually run by taxable PACs and campaigns more interested in spamming “urgent” donation requests than they are in organizing or registering voters.

Scott Pressler, known as “#ThePersistence“ on Twitter, is probably the closest thing conservatives have to the Left’s nonprofit get-out-the-vote empire, and Scott is just one guy, working on his own, with an old car and no significant funding. Now, Scott deserves all the credit he receives and more, but the enormous left-wing groups mentioned above probably register more Republicans by accident than Scott registers on purpose. That’s not even to mention the work those nonprofit organizations do on the census, redistricting processes, and general policy advocacy.

It’s well past time for Scott, and activist conservative organizers like him, to be armed with the tools they need to succeed at scale. Conservatives need to stop approaching 21st century elections with 20th century tactics, and whether that means embracing vote by mail or not, it’s obviously time to update the playbook.

This article originally appeared in the Washington Examiner on January 9, 2022.