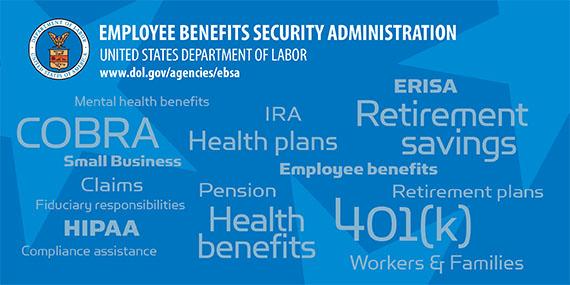 When the federal government wants to issue a new regulation or repeal an old regulation, it is required by law to solicit “public comments” from interested parties. The Capital Research Center (CRC) submitted comments to the Employee Benefits Security Administration, noting concerns with how the agency’s proposed rule “Prudence and Loyalty in Selecting Plan Investments and Exercising Shareholder Rights” elevated environmental, social, and governance (ESG) factors in the selection of Employee Retirement Income Security Act (ERISA) plan investments and in the exercise of shareholder rights such as proxy voting.

In 2020, CRC commented in support of one of the current regulations that these proposed regulations seek to revise.

CRC is concerned that changes to the current regulation’s paragraph (c)—which generally requires fiduciaries to evaluate investments “based only on pecuniary factors”—combined with new proposed section (b)(4) listing specific examples of ESG factors that “a prudent fiduciary may consider,” will lead fiduciaries to conclude that they should generally consider such ESG factors in their investment decisions. CRC suspects that this would be at odds with the desire of many, if not most, plan beneficiaries.

To be sure, ESG factors can be important to business success or failure. A corporation led by a monolithic board of directors dominated by groupthink, or that pays little attention to hiring and retaining good employees, or that fosters a hostile and/or discriminatory work environment, or that persistently violates environmental laws, or whose management operates in opaque and unaccountable ways, will very often perform poorly.

As the Department recognized when implementing the current regulation last year, public companies and investors “may legitimately and properly pursue a broad range of objectives, subject to the disclosure requirements and other requirements of the securities laws.” Likewise, the Department noted that “there are instances where one or more [ESG] factors will present an economic business risk or opportunity that corporate officers, directors, and qualified investment professionals would appropriately treat as material economic considerations under generally accepted investment theories.”[1]

The proposed rule appears to elevate the evaluation of ESG factors in ERISA investments from its appropriate position as one means to a pecuniary end, to an end in and of itself. For example, in supplementary information to the proposed rule, the Department writes that it believes portfolio consideration “not only allows but in many instances may require an evaluation of the economic effects of climate change on the particular investment or investment course of action.”[2]

Indeed, proposed section (b)(4) now lists a number of example ESG factors that “a prudent fiduciary may consider.” These include factors related to “the real and potential economic effects of climate change,” board composition, workforce diversity, inclusion, labor relations, and more. CRC is concerned not only that listing examples in the regulation will serve to suggest to fiduciaries that they generally should consider these specific factors when making investment decisions, but also that the broad and ambiguous nature of the example ESG factors will inherently be subject to widely varying interpretations. This is doubly so given section (b)(4)’s open-ended wording.

Subjectivity is the hallmark of ESG. There is no consensus on how to measure it in a way that usefully and consistently compares one corporation or investment to another in a quantifiable way.[3] This subjectivity may be appropriate for self-directed investors who wish to engage in some form of ESG investing, and for fund managers who offer investment products to those investors. It is not appropriate for ERISA plan fiduciaries who manage retirement investments solely for the benefit of others. That is why, as the Department recognized when implementing the current regulations, ERISA plan fiduciaries “are statutorily bound to manage those plans with a singular goal of maximizing the funds available to pay benefits under the plan.”[4]

CRC is concerned that writing vague and subjective ESG factors directly into the regulation will undermine this singular goal by giving too much latitude to plan fiduciaries, who may be inclined to use plan assets in order to further particular ESG goals. Securities and Exchange Commissioner Hester M. Peirce has remarked that “some of the loudest voices in favor of ESG disclosures for issuers are asset managers who advise pension funds or fund complexes.” Citing professors Paul and Julia Mahoney, Peirce also noted that “pension plan fiduciaries and fund managers—who are humans susceptible to pressure from peers, personally held values, employees, and others—may be making voting and investment decisions based on their own self-interest rather than in the interest of the funds they manage.”[5]

These concerns are not abated by proposed paragraph (c), which provides that fiduciaries “may not sacrifice investment return or take on additional investment risk to promote benefits or goals unrelated to interests of the participants and beneficiaries in their retirement income or financial benefits under the plan.”[6] That is what the ERISA statute’s duty of loyalty requires. The fundamental problem is that many ESG factors are ideological and controversial in nature, and retirement assets entrusted to fiduciaries simply should not be liable to subjective sociopolitical standards.

The Department noted in the proposed rule that it conducted “informal outreach” to a variety of “stakeholders” on “the important role that climate change and other ESG factors can play in the evaluation and management of plan investments.” These stakeholders included “asset managers, labor organizations and other plan sponsors, consumer groups, service providers, and investment advisers.”[7] Many of these groups expressed concerns to the Department about whether and how ERISA fiduciaries could integrate ESG factors into plan investments under the current regulation.

Absent among the consulted stakeholders, however, was the most important one of all: the plan beneficiaries themselves. It is impossible to imagine beneficiaries achieving consensus on whether their retirement investments should consider ESG factors at all, which ESG factors should be considered, or how to measure and/or quantify those ESG factors. How could a plan fiduciary possibly employ subjective ESG evaluations in a way that would reflect the widely varying preferences and beliefs of beneficiaries? The current regulation’s emphasis on pecuniary benefit reflects the reality that maximizing financial returns is the only thing a fiduciary may properly assume is in the interest of all beneficiaries.

Consider a Gallup survey released in August 2021, which found that 75 percent of U.S. investors had heard little or nothing about ESG investing, and 58 percent were “not too interested” or “not interested at all” in ESG investing—this jumped to 69 percent among those 65 and older. Just 5 percent of survey respondents believed ESG funds performed better than market averages, compared to 25 percent who believed they performed worse, and 70 percent who believed they performed about the same.[8] It is reasonable to assume ERISA plan beneficiaries broadly share these views.

ERISA plan fiduciaries manage retirement assets for the benefits of others. That is their singular purpose—and it is a very important one. CRC respectfully submits that the Department’s current regulations emphasizing pecuniary benefit more properly reflects this purpose than does the proposed rule’s embrace of ESG investment factors.

CRC also writes to express its reservations with the Department’s substantial revisions to paragraph (e) of the current regulation, designated as paragraph (d) in the proposed regulation. These may well have the effect of exposing ERISA plan investments to ideologically driven proxy votes. Plan beneficiaries would accordingly (and largely unknowingly) become part of concerted campaigns by activist groups to align the policies and practices of publicly traded companies with their own sociopolitical beliefs. These beliefs necessarily will often be at odds with those of large numbers of plan beneficiaries.

ESG-based shareholder proposals are increasingly being used to achieve ideological objectives. One expert on the subject has described them as “the primary tool of the corporate activist.”[9] Consider, for example, the resolutions detailed in in the 2021 Proxy Preview report, published by the 501(c)(3) nonprofit As You Sow—one of the most prominent shareholder activist groups in the country.[10] It catalogues hundreds of ESG shareholder resolutions filed by many different proponents that year.

These resolutions are distinctly ideological in nature. The Chicago Tribune has described the Proxy Preview report as the “Bible for socially progressive foundations, religious groups, pension funds, and tax-exempt organizations.”[11] The publisher’s introductory letter to the 2021 Proxy Preview observed that “shareholders are organizing as never before to vote against boards that will not adopt a climate transition plan; disclose diversity, equity, inclusion and racial justice metrics; adopt policies to eradicate systemic racism; and implement the tenets of stakeholder capitalism that they have all pledged to uphold.”[12]

These are controversial matters. Most notably for the purpose of the proposed regulation, that same introductory letter stated that “power that comes from concentrated wealth remains in the hand of a few; in particular, large asset managers and pension funds. Unless these organizations use their proxy voting power to send strong signals to the boards of intransigent companies we will remain talking about problems rather than solving them.”[13]

CRC suggests that ERISA plan fiduciaries should categorically refrain from participating in this form of ideologically based shareholder activism, but we are concerned that the Department’s revisions to proposed paragraph (d) will have the effect of encouraging it.

Section (d)(2)(ii)(A) of the proposed regulation provides that when exercising proxy voting rights, fiduciaries must act solely in the plan’s economic interest “in a manner consistent with paragraph (c)(2) of this section.” Paragraph (c)(2) requires a fiduciary to evaluate plan investments based on risk/return factors that “the fiduciary prudently determines are material to investment value,” which “may include the factors in paragraph (b)(4) of this section.”

As discussed previously, paragraph (b)(4) specifically recognizes a number of ESG factors that “a prudent fiduciary may consider.” Many of these closely track the categories of ideologically motivated shareholder resolutions currently being filed with American public companies. Proposals related to climate change, workplace diversity, and board diversity/oversight—all of which are proposed to be written directly into the regulation—accounted for a combined 40 percent of all ESG resolutions tracked in the 2021 Proxy Preview.[14]

The subjective nature of ESG in general, and particularly the vague and open-ended wording of section (b)(4), raises the possibility of ERISA fiduciaries relying on the proposed regulation to justify voting their proxies in support of ideologically oriented shareholder resolutions. While this is not to say that an ERISA fiduciary may never support an ESG-type shareholder resolution, the problems associated with accurately representing the interests of plan beneficiaries on issues that are controversial and often explicitly sociopolitical in character mean that fiduciaries should exercise marked restraint when considering such resolutions.

CRC suggests that, considering how shareholder proposals are being systematically employed to pressure public companies on controversial sociopolitical issues, an emphasis on recordkeeping and documentation would help to ensure that ERISA plan proxies are being voted only in a manner that is in the articulable financial interest of plan beneficiaries.

Thank you for your consideration of these comments.