Citigroup Executive Pulls Out of Sham ACORN Panel Under Pressure

Citigroup executive Eric Eve (pictured below) has resigned from ACORN’s phony, allegedly independent panel, a move that removes one of the few people on the panel who could even remotely claim to actually be independent.

If you read between the lines, it also seems to mean Citigroup agrees the panel is a sham. According to ACORN, the advisory council was established in early 2009 “to help facilitate a transition to a new management team under the leadership of CEO Bertha Lewis.” The emergence of the undercover prostitution sting videos in September gave the council another problem to mull over. 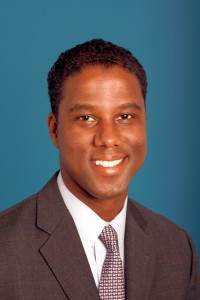 In a letter to NLPC president Peter Flaherty, Citigroup announced Eve’s resignation from the panel.

“We too are deeply concerned about the recent media reports regarding ACORN and, because of those reports, have suspended our charitable financial support and program relationships with ACORN, and we are awaiting the results of the independent audit of ACORN activities now underway,” wrote Natalie Abatemarco, Citigroup’s vice president, Global Community Relations.

“On a related topic, please be advised that Eric Eve has resigned his position on the ACORN Advisory Council,” she added.

Citigroup is a Big Government lovers’ bank that funds just about every trendy left-wing cause in America.

Long before it started drowning in red ink, the poster child for so-called corporate social responsibility was a longtime donor to left-wing pressure groups such as Jesse Jackson’s Rainbow/PUSH Coalition and Bush Treasury Secretary Henry Paulson’s Nature Conservancy. In tax year 2003, Citigroup’s foundation gave 20 times more money to groups on the left than to groups on the right, according to Capital Research Center’s 2006 study of Fortune 100 foundation giving. (Foundation Watch, August 2006.)

Citigroup’s foundation has given a staggering $1.4 million to the alarmist World Resources Institute, as well as $509,000 to ACORN in recent years. The ACORN funding included a $500,000 grant to ACORN’s American Institute for Social Justice, which offers Saul Alinsky-style training in community organizing. Other donations to liberal groups include the Aspen Institute ($762,500), Rainbow/PUSH Coalition ($750,000), Nature Conservancy ($380,000), Rainforest Alliance ($200,000), and the Council on Foreign Relations ($50,000).

For her part, former ACORN national board member Marcel Reid never believed the council would accomplish anything. Reid and board member Karen Inman were expelled from ACORN by chief organizer Bertha Lewis for asking too many questions about the $1 million embezzlement perpetrated by ACORN founder Wade Rathke’s brother and then covered up for eight years.

When Reid, who is now a member of a reform group called ACORN 8, first heard of the panel, she told me this:

As former members of the Interim Management Committee elected by the national board of ACORN, we say that all of the things that this so-called independent panel is going to examine are things that we tried to accomplish. We called for all of these things –an audit, examination of the books, restructuring of the organization— all of this was already demanded by us.

And because we were trying to exercise due diligence as duly constituted directors of ACORN, we were relieved from our positions, forced out by the board under Bertha Lewis’s direction.

We have no idea how an independent, thorough audit of ACORN can be conducted by these people who were not selected by ACORN’s national board but were put in place by the same senior staff who conspired with Wade Rathke to cover up his brother’s embezzlement for eight years and who subsequently silenced any voice that called for truth, transparency and accountability.

Former Massachusetts Attorney General Scott Harshbarger was appointed by ACORN to lead an investigation after the undercover videos made headline news. He’s a former president of the left-leaning group Common Cause.

The members of the advisory council are ACORN allies and funders.

Podesta has always been there for ACORN in its time of need. When ACORN got hit with a new wave of election fraud-related charges in May, the Center’s “Progress Action Fund” invited liberal and radical groups – including Harshbarger’s Common Cause – to a meeting in Washington, D.C., to plan how to use rhetorical misdirection to take the focus off ACORN’s increasingly well publicized corruption.

Andy Stern of SEIU is a longtime crusader for something called “social justice.” Social justice is when you have more toys than your friends, so your friends hit you over the head and take some of your toys away. That way everyone is equal. That’s social justice.

SEIU is intimately connected to ACORN but since the undercover sting videos surfaced showing ACORN employees giving advice on how to break the law, it’s trying to distance itself from the group.

Good luck with that, SEIU.