Chuck Feeney and his “Giving While Living” Ethic 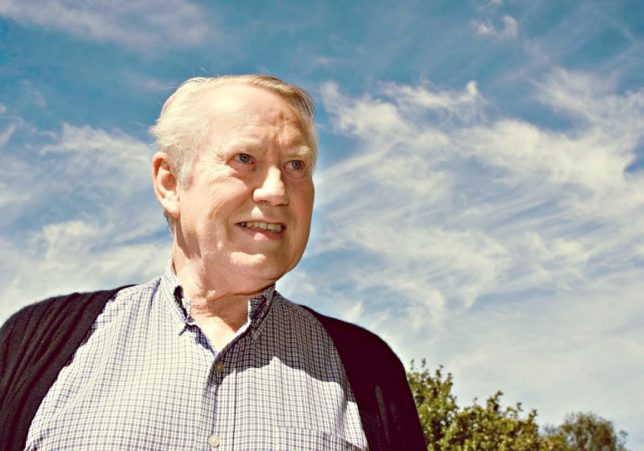 Charles Francis "Chuck" Feeney, Irish-American businessman and philanthropist and the founder of The Atlantic Philanthropies. Image via Philanthropy Daily.
by Martin Morse Wooster

This article is crossposted from Philanthropy Daily – published July 6, 2017

If someone asked me to sum up best practices in philanthropy in one sentence, I’d respond, “Study the giving of Chuck Feeney and do what he did.” Feeney, whose wealth through his share of Duty Free Stores funded the Atlantic Philanthropies, is a donor whose methods of giving, including creating a foundation with a term limit and making sure that the foundation did indeed spend itself out, are ones that other donors should follow. (I have previously written about Feeney here)

The Atlantic Philanthropies gets an “A” not only for Feeney’s philosophy of “giving while living,” but also for documenting its history. They hired good writers to tell its story. Tony Proscio has come out with several monographs on Atlantic’s history that are well worth reading. Now Benjamin Soskis, an Urban Institute fellow, has followed with this monograph on Feeney’s philosophy of giving, The History of The Giving While Living Ethic (published earlier this year).

Feeney transferred much of his wealth to the Atlantic Foundation in 1984. (The foundation merged with other organizations to form the Atlantic Philanthropies in 2001.) As Soskis notes, when Feeney did this he was an outlier among philanthropists. Most of the important foundations of this era were perpetual organizations run by experts who cared little or nothing about the ideas of the persons whose wealth created their foundations.

Soskis quotes Waldemar Nielsen, in The Golden Donors (1985), who wrote that “far from being wise, farsighted, public-spirited purposeful benefactors, many of the big donors set up their foundations if not in a fit of absentmindedness then simply as part of tidying up their affairs at the end of a lifetime devoted to business and the acquisition of wealth.”

Feeney decided to run against this trend. He not only set up a term-limited foundation, but he also tried to make his foundation as invisible as possible, including incorporating it in Bermuda and requiring donors to sign statements insisting they would not divulge the source of their grants. The existence of Atlantic only was made public in 1996, when Duty Free Stores was sold to the French conglomerate Louis Vuitton Moet Hennessey. The sale ensured that Atlantic had assets of $3.5 billion, which would have made it the fourth largest foundation in America had it been based in the U.S.

One of the reasons Feeney wanted Atlantic to be underneath the radar is because he did not want to be a big head, telling the little people how to live. But he also wanted “more freedom to exercise his own intuitive and opportunistic style of giving.” But as Soskis notes, the problem with anonymity is that you can’t reach out to outsiders for advice.

So the question remains: what role should the philanthropist play in society? Here I will make a distinction Soskis doesn’t make, and separate philanthropists’ role as public intellectuals from their role as donors.

Andrew Carnegie very much wanted to be accepted as an intellectual whose ideas should be carefully considered by the public. His idea of fun was to invite leading editors and scholars to his castle in Scotland or his mansion in Manhattan and argue with them. He was also a clear and forceful writer whose interests were far more than philanthropy. (His book Triumphant Democracy is an underrated book that shows Carnegie’s wide-ranging interests.)

Bill Gates, to some extent, comments on public affairs. But a better example would be Joseph Jacobs, who created the billion-dollar Jacobs Engineering Group and then, after retirement, was a vigorous and prolific writer. 1 Another example would be Peter Thiel, who co-wrote a book on affirmative action before he made his fortune and has provocative things to say about the issues of the day.

While donors should be encouraged to write, what they should be strongly discouraged from doing is attending the conferences, such as the now defunct Clinton Global Initiative, where the great and the good give each other gaudy prizes and tell each other how powerful and important they are. There’s a difference between productively commenting on public affairs and basking in the glow of mendicants and flatterers.

Another topic Soskis covers is how much control an active donor should have on the foundation he created. Andrew Carnegie created projects, some of which, such as the Carnegie Hero Fund, were frowned upon by the experts of his time. But he ran out of ideas while still having half his fortune, so he left the Carnegie Corporation of New York with little restriction on how his wealth should be used.

Soskis shows that the Atlantic Philanthropies have taken a middle course on donor control, with about a third of the foundation’s spending instigated by the founder, including many grants to Vietnam and to Cornell University. Feeney also blocked an attempt beginning in 2009 by Atlantic president Gara LaMarche to shift the foundation’s emphasis to “social justice philanthropy” (including $27 million to Health Care for America Now! to lobby for the passage of the Affordable Care Act). Feeney, although a liberal, thought that LaMarche’s emphasis on political action “would threaten his own ability to make discretionary grants for bricks-and-mortar projects. He made clear that these sorts of social justice grants were not programs he would have supported himself with his own money.” LaMarche left Atlantic in 2011.

But Feeney’s control over Atlantic is not absolute. “One senior Atlantic executive” told Feeney’s biographer, Conor O’Clery, that “the living founder had important moral rights and some veto rights, but not on everything, every time.” Future historians will carefully analyze the relations between Feeney and his board.

Benjamin Soskis’ The History of The Giving While Living Ethic is an important report that today’s donors should study closely.

1. I provided research for Jacobs’s book The Compassionate Conservative↩

Are You Ready for Giving Tuesday?

by Hayden Ludwig on December 1, 2020
Philanthropy