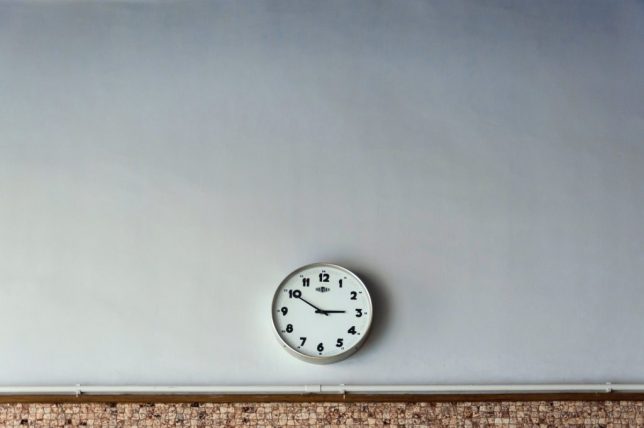 This article originally appeared in Philanthropy Daily on July 3, 2018.

When charter schools first began to be created a quarter-century ago, donors who wondered what would happen to bad schools were given a simple answer: inexorable market forces would ensure that parents would transfer their children out of bad schools and into good ones, ensuring that excellence would be perpetually rewarded.

I know of no national study that says this, but I suspect that the competition between charter schools is weaker than advocates of charter schools foresaw, and that, like many quasi-governmental organizations, charter schools are easy to create and hard to close, ensuring that many second-tier schools limp along for far too long.

It might be a sign that the charter school movement is well established (or entrenched) that these schools now have companies that say they are “turnaround consultants” who will straighten out bad schools and help them become good ones.

Rachel M. Cohen reports on one such company, in this piece for the Washington City Paper.[1]

The company Cohen examines is TenSquare. This consultancy says it operates in seven states and the District of Columbia, although a sense of the group’s range may be found in the company’s job listings, which offer lots of openings in Washington, a few in Las Vegas, and one job in Raleigh, North Carolina. The firm promises to offer “best-practice authoring formulas,” and if you know what that means, you are probably an administrator with a graduate degree in education.

TenSquare was created by Josh Kern, who was graduated from Georgetown University’s law school in 2001 and then helped to create Thurgood Marshall Academy, a superior legal-based charter school in Washington. He left Thurgood Marshall in 2011 to start TenSquare.

What TenSquare says it does is offer schools three to five-year plans for turning themselves around, with close scrutiny in early years and gradual reduction in control in the later years of the five-year plan.

Cohen found that the management contracts TenSquare received in the District of Columbia are quite substantial, including two contracts from YouthBuild for six years that add up to $3.1 million, two from Perry Street Prep for five years adding up to $2.6 million, and one $5.8 million contract with the multi-school Cesar Chavez Public Charter School network for five years.

Other contracts may remain hidden because the District of Columbia’s Public Charter School Fiscal Transparency Act of 2015 exempts “temporary management services recommended by the eligible chartering authority” from disclosure.

There’s some evidence that test scores and measures used by the Public School Charter Board to assess the quality of a charter school did go up in the first year of a TenSquare consulting contract. But many educators Cohen talked to remarked that this might be due to the “Hawthorne effect,” which says that people who are intensely observed by a new organization work harder as long as they know they are being watched and then slack off when the observers leave. Educational quality scores in schools with one-year TenSquare contracts rose when TenSquare consultants were on the job and fell when the consultants left.

Cohen looked at what TenSquare does by interviewing people who worked with the William E. Doar, Jr. Charter School (or WEDJ) where TenSquare had a contract. Most teachers will complain about the close supervision they receive from principals and administrators. The teachers Cohen talked to complained about being under the thumb of two sets of bosses. “It felt like a top-down bureaucracy,” said former math teacher Tamisha Nugent. “Everything became about the test scores.”

“Like Big Brother, they were always lurking, trying to find a reason to fire you or find problems with what you were doing,” said another former WEDJ teacher, Kamilah Wheeler.

“It’s not like we needed to spend $140,000 a month to have someone tell us to do more test prep,” said Chavez Prep science teacher Christian Herr, who is also a union organizer. He said that Cesar Chavez teachers have “all this expertise, yet you make the choice to bring in someone who knows nothing about it (how the schools work) and pay them massive amounts of money.”

Josh Kern told the Washington Post that TenSquare’s work at the Cesar Chavez schools was “essential to the school” and “absolutely necessary to improving the school.”

All the schools Cohen discusses hire TenSquare from their budgets, which seem to me to be exclusively government funding. But suppose you’re a donor interested in charter schools. What should you do when TenSquare offers their services?

If I was a program officer at a foundation, I’d like to know more about what TenSquare does and its educational philosophy. Charter schools are supposed to differ from each other, and the differences are what make charter school systems work. If TenSquare pushes all the schools it works with to offer the same classes taught in the same ways, I’d be skeptical.

In addition, it’s a perennial complaint of teachers that they aren’t given enough freedom to teach. Some charter schools were started to get teachers free from the dictates of central offices. I’d like to know more about how the corporate culture of schools changes with a TenSquare contract.