Center for Media and Democracy: The Radical Left’s Agenda-Driven “Watchdog”

Summary: Born from the fever swamps of the Bush-era anti-war Left, the Center for Media and Democracy spreads conspiratorial propaganda about conservative donors and organizations. But this organization’s record is long on hypocrisy and special-interest politics and short on the truth.

CMD has its origins in the anti-corporate and conspiratorial career of its founder John Stauber and his co-author Sheldon Rampton. The organization served as the launching pad for Stauber and Rampton to write books alleging that the Bush Administration sought to turn the country into a right-wing one-party state and that mad cow disease would become a substantial public health crisis.

The Tides Foundation and the network of groups associated with progressive billionaire George Soros have provided funding for CMD since the year 2000. Following the 2010 Wisconsin state elections, which saw the state’s governorship and legislature switch from Democratic to Republican control, Center for Media and Democracy changed its stated policy and began receiving contributions from labor unions. In recent years, the organization has received contributions from the AFL-CIO, Service Employees International Union (SEIU), the National Education Association (NEA), the American Federation of State, County, and Municipal Employees (AFSCME), and the American Federation of Teachers (AFT).

As Center for Media and Democracy’s profile has risen in recent years, the group has faced substantial criticism for its hypocritical policies regarding donor disclosure. While CMD lists a carefully screened selection of its funding foundations, the group also takes substantial money from anonymous contributors through donor-advised funds—the very practice decried in other contexts by CMD as “dark money.” In fact, in 2011, CMD received over 60 percent of its revenue from a single donor-advised fund, the Schwab Charitable Fund.

The Center for Media and Democracy grew out of the far-left environmentalist and anti-capitalist movements launched by Jeremy Rifkin and the Foundation on Economic Trends, where John Stauber worked before founding CMD. With his co-author, Sheldon Rampton, Stauber used his new nonprofit to publish a series of books attacking businesses and the public relations industry. 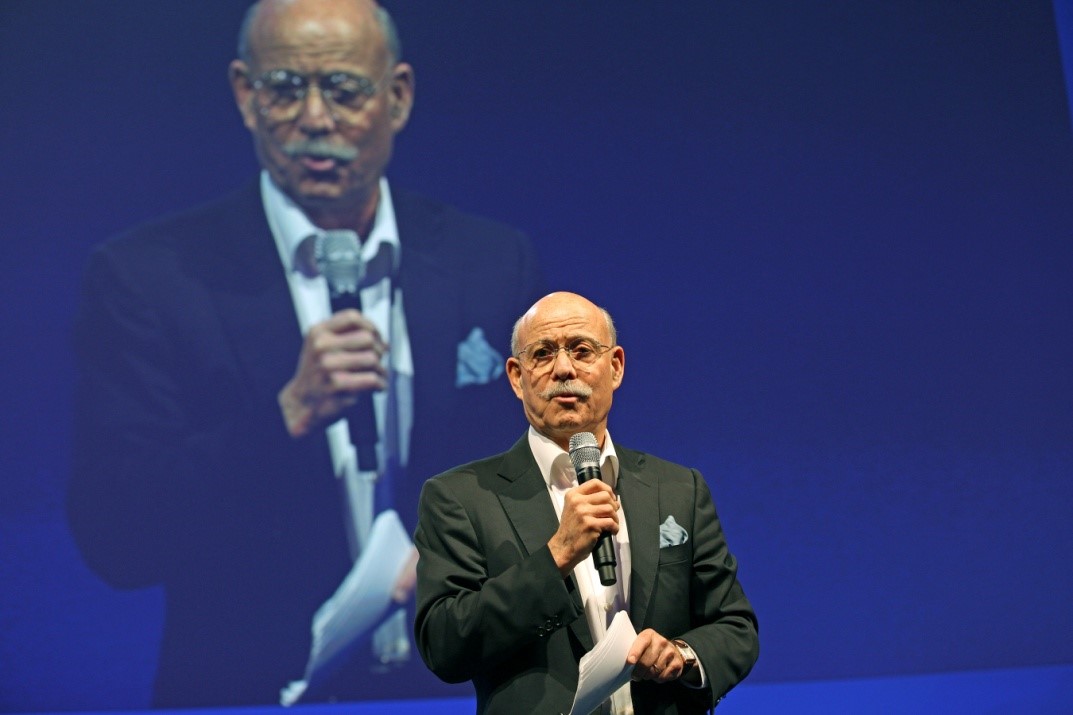 The Center for Media and Democracy grew out of the far-left environmentalist and anti-capitalist movements launched by Jeremy Rifkin (above) and the Foundation on Economic Trends, where John Stauber worked before founding CMD. Credit: World Travel & Tourism Council. License: https://goo.gl/c6QB8k.

Stauber is an old-line radical who began his political involvement in the anti-Vietnam War movement of the 1960s; he carried this opposition to American military involvements over to CMD. In the early 1990s, Stauber and Rampton penned the screed Toxic Sludge Is Good for You, in which they characterize the First Gulf War—supported by over three dozen nations in response to despot Saddam Hussein’s illegal annexation of Kuwait—as a “crass grab to save cheap oil.” Indeed, Stauber and Rampton’s reliably radical positions led the left-wing New York City alt-weekly The Village Voice to comment, “…these guys come from the far side of liberal.”

Stauber’s CMD launched the PR Watch newsletter and SourceWatch.org, a wiki-style website that provides opposition research on its targets; both products attack conservatives as tools of business interests. These websites spread fuzzy opposition research claiming that conservative groups spout the agendas of unfashionable industries like tobacco, coal, and agriculture. 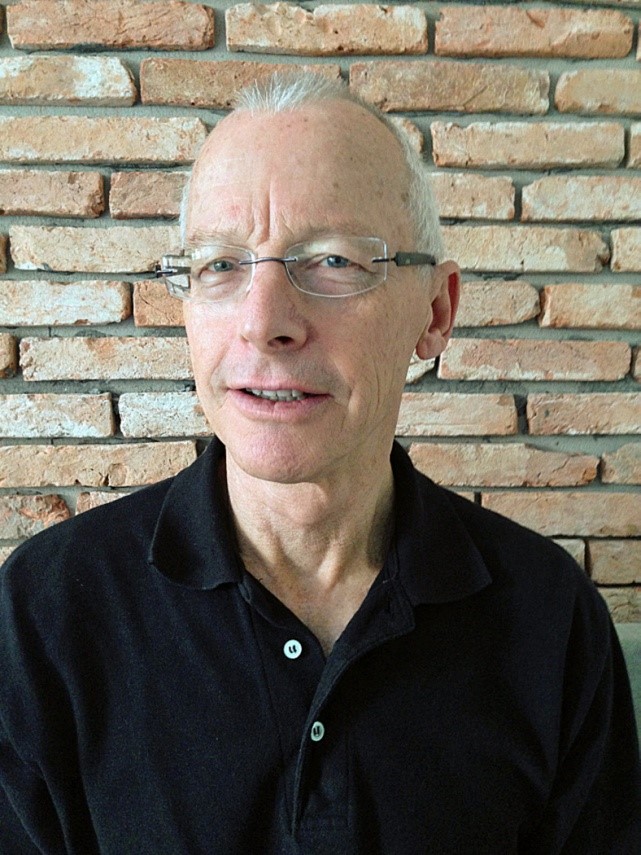 John Stauber, CMD’s founder, is an old-line radical who began his political involvement in the anti-Vietnam War movement of the 1960s; he carried this opposition to American military involvements over to CMD. Credit: Cecilia Nguyen. License: https://goo.gl/f7aswx.

Somehow, by 2009, CMD—in spite of its certifiably radical history—was seen as “respectable” by liberals and Democrats. The group appointed Lisa Graves, a former staffer to Sen. Patrick Leahy (D-VT) and senior legislative strategist for the American Civil Liberties Union, to replace Stauber as executive director. A year later, the Graves-run CMD made a major change in the organization’s stated funding policy: CMD has always accepted foundation contributions and rejected contributions from businesses (with the stated exception of CREDO, an explicitly activist liberal cellphone service provider).

Internet evidence from 2010, however, indicates that CMD had jettisoned its previous prohibition against receiving contributions directly from labor unions. While CMD discloses a non-comprehensive list of foundation contributors, the substantial monies CMD receives from labor unions are only identifiable through the unions’ back door—their annual disclosures to the U.S. Department of Labor. This change came precisely as Scott Walker and a Republican-controlled legislature took power in Wisconsin with an ambitious agenda that would culminate in Act 10, the public-employee union reform law that would catapult Walker to the national stage.

With support from unions and progressive foundations, Center for Media and Democracy’s efforts now focus on supporting the unions’ and labor-aligned progressives’ assault on free-market state-level policy groups. CMD has published websites attacking the American Legislative Exchange Council—an association of pro-free-market state legislators—and the State Policy Network, an association of free-market think tanks focusing on state-level policy. CMD has also published talking points for left-wing activists to use to attack these groups; then-Michigan AFL-CIO president Karla Swift plagiarized them in a column for the Detroit News.

CMD Funding and Its Hypocrisy on Disclosure

Most of the Center for Media and Democracy’s revenue is traceable to known organizational contributors. CMD provides a partial list of these contributors on its website, but the list obscures important sources of CMD funding, because it does not include donor-advised funds or labor union contributions to the organization.

The Center for Media and Democracy is principally funded by left-wing foundations, most significantly the Schumann Center for Media and Democracy associated with Bill Moyers, who is the left-wing former PBS presenter who served as Lyndon Johnson’s White House press secretary in the 1960s. In 2013, the Schumann Center provided CMD with $250,000—more than 28 percent of the organization’s revenues. Other substantial foundation funders to CMD from recent years include the Park Foundation (a prominent anti-fracking funder), the Public Welfare Foundation, the Ford Foundation, the Tides Foundation, and progressive financier George Soros’s Foundation to Promote an Open Society.

But CMD—which attacks anonymous conservative speech with zealous vigor—was hiding something. The Center for Media and Democracy’s largest recent contributions came in the form of $520,000 from the Schwab Charitable Fund, a donor-advised fund provider that allows donors to obscure their identities when donating money. These two $260,000 contributions (according to CMD) added up to 60 percent of CMD’s revenue in 2012. Naturally, CMD does not list Schwab as a funder on its website.

After conservative groups exposed CMD’s hypocrisy for attacking free-market groups that received anonymous contributions, Lisa Graves argued that “This is a grant we received from an unknown donor, we literally don’t know the name of the man or woman who gave the funds.” The timing of this contribution was such that 30 percent of CMD’s revenue in both 2011 and 2012 came from the “dark money” Schwab grant. To call Graves’s denial “implausible” is charitable.

Graves later attempted to argue that liberal donors’ use of the Schwab Charitable Fund to contribute to her organization was different from conservative contributors’ use of similar donor-advised funds to support free-market groups—an assertion a California-based financial planner called “a bunch of baloney.”

In fact, Graves—like many advocates of pre-Citizens United campaign finance regulations—openly argues for a double standard, under which liberal money is pure and conservative money is somehow tainted. She alleges that “The question of conservative funders versus liberal funders, I think, is a matter of false equivalency,” claiming that conservative and libertarian contributors support “corporate interests” and implying left-wing funders are pure in motive and represent the will of the American people.

Of course, CMD takes money from the most impure and most special of progressive special interests, while hiding the source of this cash. National labor unions have contributed $382,730 to the Center for Media and Democracy since 2012, according to the unions’ Department of Labor annual filings. In the years since CMD changed its previous prohibition on accepting contributions from labor unions, the Service Employees International Union; American Federation of Teachers; National Education Association; American Federation of State, County, and Municipal Employees; and AFL-CIO have given money to CMD.

Center for Media and Democracy has raised its profile since 2010 by choosing a variety of trendy left-wing conspiracy theories to endorse. CMD runs campaigns attacking the American Legislative Exchange Council (ALEC) and State Policy Network, which are nonpartisan associations of free-market state and local legislators and free-market state-level policy organizations, respectively.

ALEC was the first of the state-level policy groups to face CMD’s wrath. Amid national controversy over the death of Trayvon Martin, CMD launched “ALEC Exposed,” a project attempting to tie ALEC’s past support of “stand your ground” self-defense laws to Martin’s death. In addition to public attacks, CMD has filed numerous—estimates exceed 2,500—open records requests with state legislators and state officials seeking any correspondence that those individuals have sent to or received from ALEC.

The underlying goal was to “controversialize” ALEC, making this previously bipartisan convening of business- and market-friendly legislators toxic for Democratic legislators. The campaign nearly succeeded; only a timely change of management at ALEC with the appointment of the aggressive former Visa executive Lisa Nelson saved them from a Center for Media and Democracy-led smear campaign.

CMD has also attacked the State Policy Network, a federation of free-market state policy groups. As one of its smear-tactic tools, in 2014 CMD published a website openly attacking what it insultingly called “StinkTanks.”

Consistent with its duplicity on funding, the Center for Media and Democracy is fine with national liberal and left-wing groups that engage in state-level advocacy, but not with conservative groups doing the same. CMD has worked closely with liberal state policy organization State Innovation Exchange (SiX) and its predecessor organizations the American Legislative and Issue Campaign Exchange, Progressive States Network, and Center for State Innovation. All of these were modeled on the conservative State Policy Network.

Lisa Graves has been the executive director of Center for Media and Democracy since 2009. Graves made her career in progressive and Democratic Party politics, serving as a staffer in President Bill Clinton’s Justice Department and for the Senate Judiciary Committee when it was chaired by Vermont Democrat Patrick Leahy, a notoriously ruthless partisan. She later worked for the American Civil Liberties Union as a legislative strategist during the 2000s. 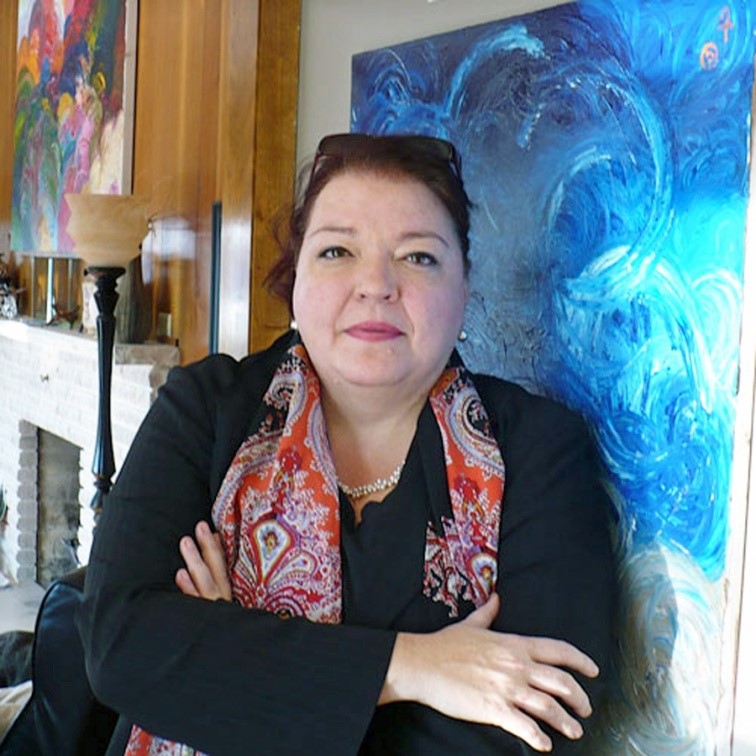 CMD deputy director Mary Bottari, also a former Democratic Senate staffer, worked for Wisconsin’s Russ Feingold in the 1990s. She later spent time working for the Naderite group Public Citizen on its anti-trade campaigns and is married to John Nichols, a national affairs correspondent for the leftist magazine The Nation.

Besides the directors, many of CMD’s current and former staffers have strong ties to numerous progressive groups: Their research director, Nick Surgey, is an alumnus of Common Cause, and Jay Ristenberg, another Common Cause veteran who worked as a campus canvasser for President Barack Obama’s 2008 campaign, has also worked for CMD. Calvin Sloan, a CMD author, was formerly a registered lobbyist for People for the American Way, a group whose smears of Reagan’s Supreme Court nominee Robert Bork gave birth to the term “borking.” The list goes on.

The reputations enjoyed by Center for Media and Democracy—and its sister organizations, PR Watch and SourceWatch—as disinterested watchdog groups are entirely undeserved. Rather, they are radical advocacy groups, the rotten fruit of a poisoned tree of conspiratorial progressivism from the far-left wing.

Michael Watson is a research analyst at Capital Research Center.