Can “Woke” Boardroom Culture Be Broken? 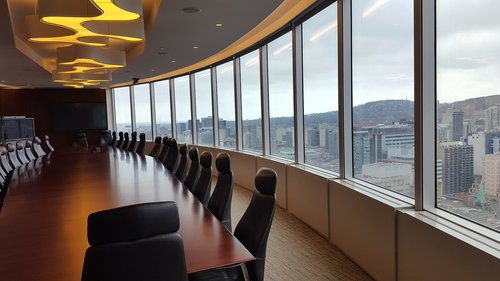 U.S. lawmakers are beginning to get serious about the dangers of propaganda, focusing on American businesses’ relationships with hostile foreign governments—perhaps most visibly the entertainment industry—to bolster their argument.

The Epoch Times reported recently  that Republican members of the House Permanent Select Committee on Intelligence are warning that the Chinese Communist Party (CCP) is working to manipulate American companies “to help it achieve its aims of shaping public opinion, influencing government decisions, and acquiring U.S. technology.”

While a bright line has yet to be drawn between these kinds of overt political influence peddling and the more familiar “get woke, go broke” progressive activism some businesses have been adopting in this age of cancelation, there is an argument to be made the end result is the same: Western capitalism is suffering.

Some corporate campaigns have been relatively loud about their political agendas and suffered publicly. Twitter censoring the New York Post’s Hunter Biden story before the election, the NBA’s relationship with China despite horrifying violations of human rights, and MLB choosing to move the All-Star Game out of Atlanta to protest state election reform legislation are a few examples. But there are other, more subliminal efforts.

Hollywood has played the long game in this regard, as Capital Research Center’s Ken Braun details in his four-part series on the production company Participant Media. It’s the story of Hollywood’s longtime flirtation with communism and the more modern tale of Canadian Jeffrey Skoll, who has spent almost two decades creating “blockbusters that feature political or social messages.”

When the 2021 Oscars ceremony aired at the beginning of the year, almost no one cared. Viewership for the once vaunted awards show hit a record low in 2021, down 58 percent (or almost 14 million fewer viewers) from 2020.

Hollywood has, in fact, been at the vanguard of a new push from corporate America—including sports leagues, retail products and platforms, and even shareholders—to ignore that pithy truth: Adopt political positions and suffer the financial consequences.

Boardrooms’ embrace of political positions often happens without people realizing it, as shareholders are pushed to support sociopolitical positions, sometimes without their knowledge. As CRC’s Robert Stilson writes in the American Conservative, “Activists, keen on influencing powerful companies to adopt their sociopolitical priorities, buy shares in corporations simply to file proposals that further those priorities.”

A new group called Back To Neutral (B2N)—comprised of center-right groups such as the National Center for Public Policy Research, Alliance Defending Freedom, the Center for Economic Opportunity, Americans for Limited Government, and the Capital Research Center among others—has recently created the Stop Corporate Tyranny campaign to educate the public on exactly what’s happening with woke corporate culture.

Justin Danhof, general counsel for the National Center for Public Policy Research, is particularly interested in the role Amazon played in promoting a progressive political agenda, often without consumers even realizing it.

Danhof told the Daily Caller News Foundation in early April that the charity program, AmazonSmile, is a perfect example of how Amazon works to promote the agendas of left-leaning nonprofits while “myriad conservative organizations such as the Family Research Council do not make the list.”

It’s a fair bet few people realize that eligibility to participate in Amazon Smile may be linked to political policy affiliation, not simply a healthy acumen for providing charitable donations.

Amazon has, of course, been fairly overt in its political leanings, but Stop Corporate Tyranny plans to shine a light on behind-the-scenes corporate behavior.

Adoption of progressive ideology and a tendency to follow guidance from hostile foreign regimes isn’t doing American corporate culture any favors. If corporate America isn’t very careful, it may find that cancel culture works both ways.