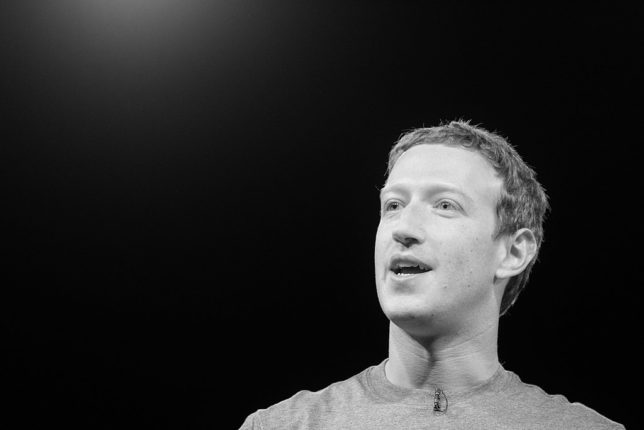 Here’s a popular myth: Rich people are all conservative, so conservatives have more money to affect politics than liberals, because the left, which cares about the poor, doesn’t have the same kind of resources.

A new report from the Capital Research Center, where I work, busts this myth and showcases the disparity between “dark money” giving on the left and the right following the Supreme Court’s consequential Citizens United v. FEC decision in 2010.

Spoiler alert: According to the report’s data, liberals beat conservatives in philanthropic giving that supports public policy fights by almost 4 to 1, despite the constant, histrionic rhetoric about dark money corruption on the right.

Why, beyond driving a nail in the hypocrisy of the leftist dark money narrative, does this matter?

Because the country invariably will get what it pays for. And, of late, a small number of very wealthy people on the left are playing a huge role in funding the policies—and changes in election processes—favored by the left.

For example, the liberal watchdog site Open Secrets reported in July that several billionaires gave a great deal of money to a supposedly “conservative” super PAC, The Lincoln Project, in an attempt to unseat President Donald Trump, an effort that came to fruition.

Billionaire Facebook CEO Mark Zuckerberg funneled $400 million to state election offices via an obscure nonprofit called the Center for Tech and Civic Life to “help” government officials carry out the election, an amazing intervention examined in detail in another Capital Research Center report.

Zuckerberg’s grants were used not only for the Nov. 3 general election but also the U.S. Senate runoff races in Georgia in January. Democrats won all three contests, and the Capital Research Center’s report shows just what a skewed, partisan effect Zuckerberg’s $400 million had.

Long before the November election, conservatives raised concerns about drastically increased voting by mail and the security problems that creates, and about inconsistent rules for poll watchers and unclear chains of custody for ballots. These dangers led many observers to question the effect that Zuckerberg’s millions would have.

That’s the million-dollar question that, thus far, remains officially unanswered, although some of Georgia’s state senators have asked the question.

What is known is something the Capital Research Center discovered when we investigated philanthropic giving in the wake of the Supreme Court’s Citizens United decision.

The left claims that decision unleashed right-leaning cash, but the Capital Research Center documented that the biggest disparity lies in the huge advantage enjoyed by left-of-center nonprofits over their conservative counterparts.

“[T]he data indicate,” the Capital Research Center’s report states, “that giving to ‘traditional’ public policy groups has continued to increase after Citizens United, and much more was given to liberal nonprofits than conservative ones.”

This report is an update to an earlier report a few years back, which also found a big advantage for the left. In fact, the newest numbers show

that the upward trend documented in the previous report was not a one-off fluke, but the beginning of a pattern that accurately captures how the world of political philanthropy is responding to Citizens United. The results also indicate that associating ‘dark money,’ ‘money in politics,’ and other such topics solely with conservative, free-market groups is misinformed at best and hypocritical at worst.

Philanthropic giving, it would seem, does have some effect on who wins the big races.

Democrats threw a great deal of money at races that mattered to them—for president and for Senate seats. And it worked. While they were doing it, high-profile pols such as Sen. Sheldon Whitehouse, D-R.I., were still hypocritically threatening to expose conservative donors once Democrats controlled all branches of government.

Liberals are not likely to stop claiming that the big bad money is on their opponents’ side, lie though it is. Perhaps conservative donors should make the myth true by closing the gap.

This article first appeared in the Daily Signal on January 15, 2021.