Bill Clinton, JFK and LBJ, and the News Media’s Wall of Ignorance 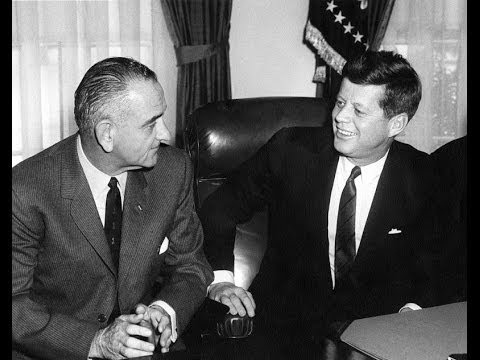 Poor Bill Clinton. When he compares himself to Presidents John F. Kennedy and Lyndon B. Johnson, he runs straight into the news media’s Wall of Ignorance.

Clinton says he is being held to a higher standard than the iconic liberal presidents of the 1960s. He’s right. (I’m not defending Bill’s monstrous behavior, just agreeing with his point regarding his two predecessors.) Bill will never win the double-standard argument, though, because people in the news media are too ignorant of history to know what he’s talking about.

Bill, despite his treatment of women, used to be a liberal hero.

After the Monica Lewinsky scandal broke, feminist icon Gloria Steinem defended Clinton, writing in The New York Times that feminists are “right to resist pressure by the right wing and the news media to call for his resignation or impeachment,” that being too tough on men like Clinton would be to “disqualify energy and talent the country needs.”

Six months into the scandal, a reporter asked Nina Burleigh of Time magazine “whether I could still objectively cover the President, having found him so attractive. I replied, ‘I would be happy to give him a b****** just to thank him for keeping abortion legal. I think American women should be lining up with their Presidential kneepads on to show their gratitude for keeping the theocracy off our backs.’”

For decades, Bill was a star on the campaign trail. On June 11, though, Margery Eagan of Boston Public Radio wrote that, for Democrats, “To ask Clinton to campaign now means they’re OK with powerful men preying on powerless women.”

In the #MeToo era, Bill must be thrown under the bus if the Democrats are to be seen as the party that cares about women. The shift in the past few days was triggered by comments made during Clinton’s book tour with James Patterson, promoting their new novel, The President is Missing. NBC’s Craig Melvin pressed Clinton for an apology to Lewinsky, and Patterson jumped in: “It’s twenty years ago. Come on! Let`s talk about JFK. Let’s talk about, you know, LBJ. Stop already!”

The point made by Patterson and Clinton went over the heads of most people in the news media, who know of JFK and LBJ’s adultery, but not much else about their treatment of women. NBC’s Megyn Kelly said JFK and LBJ “cheated on their wives, according to what we read,” but their offenses were nowhere near the level of Clinton’s. Anne Flaherty of the Associated Press referred to the fact that the two “were suspected of having extramarital affairs.” The U.K. Daily Mail pointed to “philandering JFK and LBJ.” Slate’s Christina Cauterucci explained that they “allegedly had extramarital affairs” and that Kennedy used to “sleep around in office.”

The vile behavior of JFK and LBJ went far beyond adultery.

Kennedy took the virginity of a 19-year-old intern on the First Lady’s bed. The first sexual encounter was consensual, she wrote, but, “short of screaming, I doubt I could have done anything to thwart his intentions.” Later, he ordered her to provide oral sex to an aide, but she refused to do the same for the President’s brother Ted, and they broke up. Among her friends were White House secretaries codenamed “Fiddle” and “Faddle” with whom JFK would skinny-dip and have sex.

Then there was Tony Bradlee, wife of Ben Bradlee, the journalist of future Watergate fame. On Kennedy’s birthday in 1963, at a party on the presidential yacht Sequoyah, Kennedy followed Tony into the bathroom and, according to Bradlee, sexually assaulted her. (FYI, Tony’s sister was JFK’s mistress. Eleven months after Kennedy’s assassination, she was shot to death on the C&O Canal towpath in Washington. The case was never solved.)

Johnson bragged that, despite Kennedy’s reputation as a womanizer, he “had more women by accident than Jack had on purpose.” Aides referred to LBJ’s secretarial pool as “the harem.” Women who gave President Johnson what he wanted were promoted to “private secretary.”

Carl Rowan, a Johnson administration official who would become one of the most respected journalists in Washington, told this story: “In 1965, when I headed the U.S. Information Agency, I was approached by a shaken White House employee who told me of her first duty trip to the Texas ranch where President Johnson often retreated. She said she awakened in the wee hours of her first night there in terror, certain that someone was in her room. When a little pencil flashlight was shone on her face, she was too terrified to scream. Then she recognized Johnson’s voice saying, ‘Move over. This is your president.’” She complied. To get her out of harm’s way, Rowan arranged her transfer to the State Department.

Clinton knows what JFK and LBJ did, and he’s amazed that that little scandal with Monica, and those decades-old accusations about assault and rape, are suddenly a big deal. Aside from Johnson’s misadventure in Vietnam (the one flaw in his greatness!), JFK and LBJ are political saints. Aren’t people in the media aware of what JFK and LBJ did?

No, they aren’t. As is known by every non-Leftist who deals with them, most media people are poorly informed and stupid. Arguing with them is like arguing with a brick. Hence: the Wall of Ignorance.

We deal with it every day. Welcome, Bill, to our world.