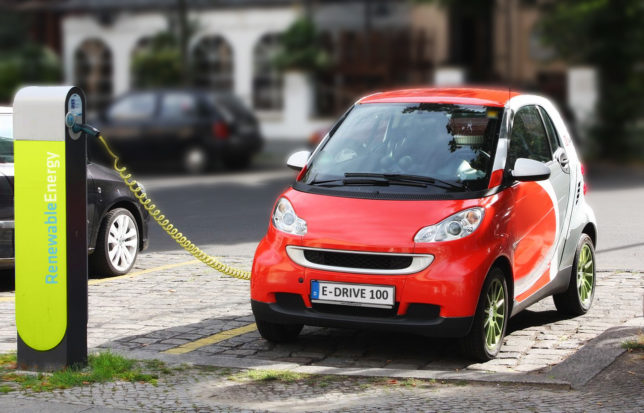 Liberals and so-called Progressives often position themselves as champions of the little guy, fighting for the downtrodden against the rich and powerful. Some go so far as to advocate for the redistribution of wealth from those who have it to those who don’t in the name of “justice.”

Which is why the Left’s support for regressive subsidies for electric cars ought to puzzle you—since it means redistributing $9.7 billion from everyday Americans to their rich counterparts. That’s $9.7 billion in corporate welfare taken from the pockets of poor and middle-class families to underwrite pricy new cars for the wealthy.

Electric cars are a luxury item purchased almost exclusively by the rich. In 2014, almost 79 percent of electric vehicle (EV) tax credits went to households with an adjusted gross income of more than $100,000 annually, according to the Congressional Research Service. (The average adjusted gross income for the country that year was just $53,719.)

Since they’re federal credits, they’re paid by taxpayers everywhere. Naturally, those subsidies favor rich coastal states with lots of new car-buyers at the expense of poorer ones. California gobbled up a whopping 46 percent of EV credits last year, despite making up just 12 percent of new car sales nationwide.

The original idea behind the credits was “to help get these products [electric cars] over the initial stage of production, when they are quite a bit more expensive than older technology vehicles,” according to then-Sen. Orrin Hatch (R-UT) in 2007, when federal subsidies for electric vehicles began.

That may or may not have been true at the time; yet it’s clear today that EV sales are rising year after year, growing by an impressive 81 percent from 2017 to 2018. By Sen. Hatch’s reasoning, electric cars no longer need federal support. In fact, Hatch himself envisioned a point in the near future “where economies of scale will drive costs down and the credits will no longer be necessary.”

Yet Democrats and some Republicans in Congress have instead lined up to support an expansion of EV tax credits with the “Driving America Forward Act” (S. 1094), a bill estimated to cost taxpayers $11.4 billion. The bill would extend to each auto manufacturer a $7,000 tax credit for 400,000 cars—on top of the $7,500 already given for 200,000 vehicles.

More surprising is the tax credit’s support among left-wing environmentalists, including the Sierra Club, Environmental Defense Fund, Natural Resources Defense Council, League of Conservation Voters, Environmental Law and Policy Center, the Nature Conservancy, and the Union of Concerned Scientists, according to a fact sheet calling on Congress to pass the bill.

They have a powerful ally: the automakers’ lobby. GM and Tesla both hired lobbyists earlier this year to support the EV tax credit expansion bill. In fact, the website OpenSecrets details 61 groups and 198 lobbyists that have lobbied on the bill.

But if you were hoping that all this is just the price to pay for a better environment, you’re in for some bad news: electric vehicles won’t save Mother Earth.

They may not use gasoline, but EVs still get their electricity from the electrical grid—which is overwhelmingly powered by coal, oil, and natural gas, since they’re more dependable energy sources than wind or solar.

All the metals used in electric car batteries (such as lithium) have to be mined somewhere—mostly poor countries in South America, in fact, since North America has only a single lithium mine and only one company operating there. That metal must then be shipped to the U.S. on oil-powered ships and trucked to battery manufacturing plants—not exactly “environmentally friendly.”

But where will all the spent EV batteries go? Lithium batteries are rarely recycled even in “green” Europe since it’s virtually impossible to reuse lithium, so batteries often end up in landfills—where damaged units may leak toxic gases and pollute groundwater.

Americans would be better off letting the market decide the fate of electric cars—anything else means stealing from the poor to give to the rich.