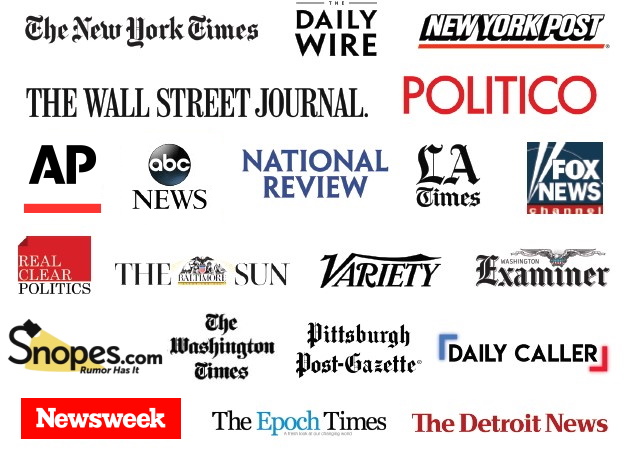 The summer of 2022 was marked by several syndicated stories. The two most prominent were activist Shaun King’s misuse of charitable donations to purchase an expensive guard dog for his family and George Soros’s continued insistence that he would not back away from supporting progressive district attorneys (Das), even as their policies have led to increased crime rates across the nation.

As usual, CRC analysts have been prolific in their writing, leading to interviews and op-ed opportunities that continue to grow as the CRC garners more attention. We are still focused on “dark money” and the Left’s flagrant abuse of charitable monies, but we’ve angled some of that research toward election integrity, analyzing the role of nonprofits in society, investigating “woke” policies in businesses and schools, and even examining some of the abuses in federal agencies.

Like George Soros, we have no intention of quitting. Below are the best media hits from July, August, and September 2022.

The Capital Research Center reported in January of this year that Soros has given more than $29 million to left-wing district attorney candidates through a network of political action committees. Other incumbents who have benefited from the largesse include Larry Krasner in Philadelphia, Kim Foxx in Cook County, Ill., Kim Gardner in St. Louis, and Kim Ogg in Harris County, Texas.

Ben & Jerry of ice cream fame are going to court to make sure their product is not sold in the West Bank in keeping with, they say, their ideological beliefs. But have the businessmen—both Jewish themselves—been bullied into their position by the leftist monolith pushing the Boycott, Divestment, and Sanctions (BDS) philosophy, even as many “woke” boardrooms are walking away from these short-lived and extreme philosophies?

Senate Democrats plan to pass the Disclose Act, a bill they claim would force “dark money” groups into the light. Never mind the darkness that envelops their own epic voter-registration scam.

A New York Times article this week confirmed a political reality that Republicans have been slow to publicize: Democrats are openly abusing charities to stack voter rolls in their favor. The Times story was ostensibly about “voter registration” groups worried that donors weren’t giving enough to “democracy-related” programs this midterm cycle. Read closely and you notice the story is entirely about Democrats, confirming a longstanding scheme by which foundations and private donors funnel tax-exempt dollars into “charities” that microtarget and register Democratic voters.

King, who has been hounded for years by allegations of fraud, has not been accused of any wrongdoing in relation to Grassroots Law. But the payments for a dog raises questions about whether the former Bernie Sanders surrogate is using PAC contributions the way donors intended.

“This luxury dog expense may not be illegal for a PAC, but it shows little respect for King’s donors,” said Scott Walter, the president of Capital Research Center, which investigates left-wing groups. An heiress of the Hormel meatpacking empire is the PAC’s largest donor. Facebook cofounder Dustin Moskovitz and his wife donated millions of dollars to Real Justice PAC, which King launched in 2018 and works closely with Grassroots Law.

The SPLC has a “hate map” on its website that characterizes some mainstream right-leaning groups as extremist in order to censor them, Hayden Ludwig, a senior researcher at Capital Research Center, an investigative think tank probing nonprofits, told The Daily Caller News Foundation. The SPLC is “the Left’s top censor for groups it wants to shut down,” he said.

“Painting right-leaning groups that support widespread, traditional beliefs as ‘extreme’ is just a way of shutting down debate so leftists don’t have to defend their own radical views,” said Ludwig.

Check out our VP Kristen Eastlick on

She talks http://blmaftermath.com and the role—and abuse—of the charitable sector.

According to a January report from the Capital Research Center’s Parker Thayer, Soros has dropped around $30 million into influencing more than 20 prosecutor races, putting his preferred candidates at a significant advantage in races that typically see minimal cash.

Like Pattillo in Georgia, many of the Soros-backed candidates have won and remain in office today. The financier has backed at least two other candidates in Iowa and Maine in recent months that are shoe-ins to win this November.

Give George Soros his due. He knows how to get political results.

Rather than waste time and money convincing state legislatures and governors to enact laws decriminalizing offenses, loosening bail requirements, and making it tougher to send bad guys to jail, Mr. Soros is skipping straight to the office that enforces the law—district attorney. Political-action committees he bankrolls are pouring money into the campaigns of left-wing candidates who, once elected as prosecutors, can implement soft-on-crime policies by administrative fiat.

“The Carnegie Endowment Could Use Some Sunlight”
Townhall, Sarah Lee (Op-ed), September 12, 2022

The question of what effect these kinds of relationships have on American foreign—and even domestic—policy is one Capital Research Center has been studying in the education and nonprofit sectors. As Texas Republican Rep. Lance Gooden told the Daily Caller, the tax-exempt status of organizations employing state actors from a hostile foreign government should be examined. Arguably, taxpayers might see this kind of employment as running counter to what their taxes are meant to cover.

The states have declared war on “Zuck bucks.” As of writing, at least 24 states and four counties have banned or restricted private funding for elections. Despite some left-wing intransigence, across the country Democrats and Republicans alike agree that funding for elections must be transparent and above partisan influence.

Fair and Just Prosecution itself is a fiscally sponsored project of the Tides Center, described by Influence Watch as a left-of-center “donor pass-through organization” for groups including the Soros-founded Open Society Foundation.