Aspiring for Truth in the Attention Economy 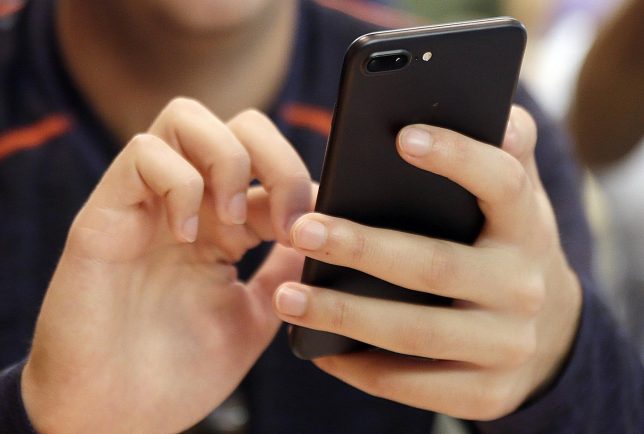 This piece first appeared in RealClearPolicy on March, 23, 2018.

In his 2006 book “The Economics of Attention,” UCLA English professor emeritus Richard A. Lanham persuasively argues that the most precious resource in our new information economy is, in fact, not information — for we are drowning in it, as we all know — but attention. We fall well short of the attention necessary to absorb and make meaningful sense of all that information. Ours is now, he posited, an “economy of attention.”

Beginning in 2008, when we were serving on the program staff of the conservative Lynde and Harry Bradley Foundation in Milwaukee, we consciously tried to apply Lanham’s attention economics to grantmaking.

Like most policy-oriented philanthropies and giving entities, the Bradley foundation had a worldview — a “North Star” toward which all grants were pointed, a truth to seek and to spread. But in addition to advancing a worldview, policy funders should, in their support of research, demonstration projects, and public discourse, also aspire to the truth.

Now more than ever, that support for public discourse in furtherance of the truth takes place against the background of what we might call a “philanthropy of attention.” If Lanham’s insight is right and we are awash in too much information, we at Bradley thought, then the traditional tactics of investing in those who influence and inform elite opinion, policymakers, and the public needed further refinement and revision.

We remain in the midst of one of the most drastic changes in the flow of information in history. The graphic below, by Danish technologist Thomas Baekdal, depicts the influence of various ways of dispersing and receiving information over time. It ends with the increasing dominance of new, technologically enhanced methods: online and targeted. 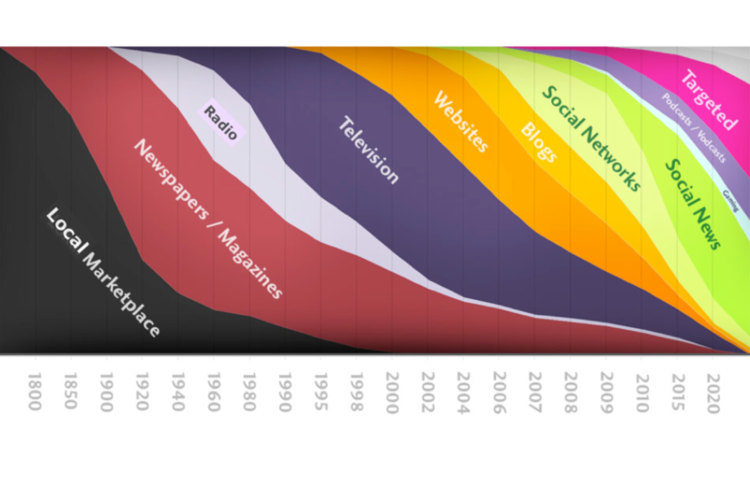 As part of this change, policy information flows through institutions very differently than it did just five years prior. The op-ed pages of the New York Times and the Wall Street Journal, for example, have become much less valuable as public discourse “real estate.” The “value added” by a particular foundation-supported book, report, study, or article is also significantly diminished.

Pressured to increase profits, corporations and advertisers are certainly cognizant of this new environment, as Tim Wu entertainingly demonstrated in his 2016 book, “The Attention Merchants.” Political candidates are aware too, especially the president, who knows something about achieving success in today’s crowded marketplace for attention.

Policy foundations like Bradley face many challenges in this marketplace, competing against a crowded field of attention seekers, most with more funds at their disposal. They must be intelligent and sophisticated in planning their strategies. Already in 2008, mounting tribalism and polarization, political and cultural, were exacerbating these challenges.

Lies have always spread faster than truth, but the same technology that allows for an open marketplace also allows lies to spread even faster than before. Policy foundations and other givers must therefore be able to get out in front, picking the right funding tactics to make the best use possible of a constantly shifting information and attention economy.

To understand how false news spreads, three researchers at MIT’s Media Lab analyzed a huge dataset of approximately 126,000 “rumor cascades” spread by about three million people on Twitter from 2006 to 2017. According to their findings, released in March, false news reached more people than the truth. Specifically, they found, the top one percent of false news cascades diffused to between 1,000 and 100,000 people, whereas the truth rarely diffused to more than 1,000 people. Falsehoods also diffused faster than the truth.

If policy funders aspire, as they should, to spread the truth, they must first calibrate their expectations about how to make incremental advances with this type of giving. The truth should know what it’s up against.

High aspirations and humble expectations don’t often pair well together in any context, much less a moneyed one. But for policy foundations and other givers, it’s not a time for panic and overreaction in the face of lies seeming to outdo the truth, but for a coupling of bold aspirations with intelligent and sober expectations.