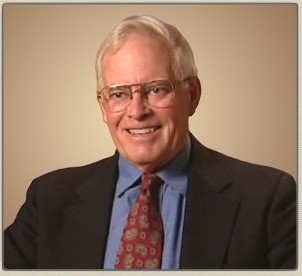 Summary: Is the Foundation for the Carolinas really a nefarious left-wing philanthropy? It’s hard to tell, in part because the most prolific “philanthropist” who uses the Foundation’s charitable investment accounts gives almost exclusively to radical environmental groups and their even darker cousins, population control groups. Learn how the Foundation’s largest giver turns philanthropy—literally the “love of mankind”—on its head through his nonprofit giving.

What is the real agenda?

If the fiasco with The Wilderness Society went down as Martin alleges, then the mad destruction of an otherwise sensible nature preservation compromise begs a question regarding what truly motivates Stanback. Unlike those self-appointed superheroes who seek to save the people from climate change, does he primarily just detest the notion of sharing the world and has used the climate alarmists as useful idiots to help him impose population control?

One clue is the portrayal of Stanback in a 1998 memo credited to John Tanton, controversial former president of Zero Population Growth (now Population Connection) and founder of the Federation for American Immigration Reform and other Stanback-supported advocates of immigration restriction. In this portrayal, saving the planet is just a sales pitch for paring back the people: “Stanback feels that he must spend his time on environmental matters rather than population matters, which are his primary interest, simply because the environmental matters are the ones that are in tune with the general public.”

Speaking of immigration in 2013 (according to a Los Angeles Times account) he said “Numbers of people affect the environment,” and they “want all the nice things that the rest of us have, but America can’t take all the poor people in the world.”

Another memo credited to Tanton, this one supposedly following a meeting with Stanback in 1995, has the billionaire mentioning he had funded the promotion of the RU-486 abortion pill. He certainly has a matchless record of supporting access to abortions for would-be mothers living close by him. Planned Parenthood South Atlantic credits “Fred & Alice Stanback” as “$1 million+” donors for fiscal year 2015-16, the only people or organizations so recognized at that giving level. And Planned Parenthood Health Systems, a separate North Carolina affiliate of the Planned Parenthood Federation of America, thanks the Stanbacks for $1.3 million given in 2013—once again, far above all other listed donors for that year.

Similarly, a sometimes-recognizable strain in the DNA of the climate alarmist organizations fueled by Stanback dollars is a downright kooky fear of creating new humans. Otherwise best known for the left-wing environmentalist lawsuits engaged in by its more than four dozen attorneys, the Center for Biological Diversity also promotes a “Population and Sustainability Program” that strives to deliver its population scolding with light-hearted humor, but achieves “really-weird-hilarious” instead.

The Stanbacks are one of just three named donors at the highest giving level in the Center for Biological Diversity’s 2012 annual report, and the Foundation for the Carolinas has given at least $12.2 million since 2010.

As noted at the outset, most climate alarmist organizations position themselves as superheroes out to save the planet for humanity, and shy away from the population control zaniness. But like Stanback, the Center for Biological Diversity leans toward the darker “anti-humanist” side. Recognizing this is a minority opinion, they say “runaway population growth is too often ignored by the public, the media and even the environmental movement” but “we can still save wildlife, by choosing to stop hogging the planet.”

“March Madness is upon us,” writes the director of the program. “And as all the number one seeds prepare for the tournament, it’s time to think about whether you want your own seeds to advance.”

Similarly strange was the October 2015 “Get Whacked for Wildlife” promotion, in which they offered t-shirts to men who told their stories after participating in “World Vasectomy Day.”

And in case the humor doesn’t work, the people preaching biological diversity will give you more direct warnings against increasing human diversity: “Each additional child increases your carbon legacy by 20 times what you could save over a lifetime of recycling, switching to low-voltage light bulbs and driving a hybrid car—combined.”

Remember the late Whitney Houston, who sang “I believe the children are our future…”?

Rest in Peace Whitney: Fred Stanback and friends have decided children are the pollution.