Nonprofits and Journalism Update: Responses from the Center and Right 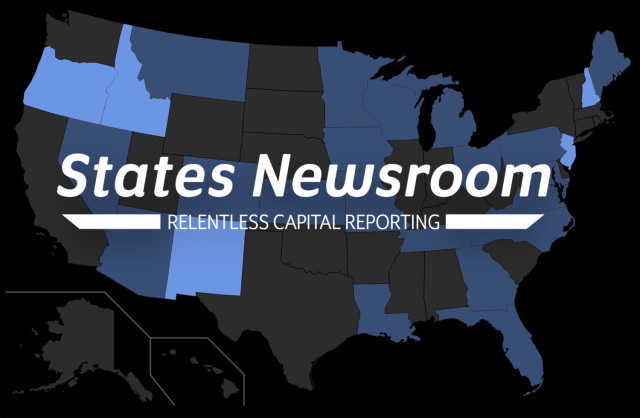 Responses from the Center and Right

Developments in the corporate media, the left-wing labor union–dominated newsroom culture, and openly ideological left-wing advocacy press have yielded responses from independent journalists and organizations outside the left-progressive current-year “consensus.”

Self-Publishing: The Substack Dissenters. The other notable development occurred outside the nonprofit sphere and provoked harsh condemnation from the self-appointed guardians of the journalistic profession: the rise of the online newsletter, most prominently on the Substack platform. Substack allows writers to sell their writing as electronic newsletters directly to individual subscribers.

Two of the most prominent journalists to depart major outlets for self-published Substack are both dissenters on the political Left: neoliberal Zionist Bari Weiss, who left the New York Times amid the NewsGuild–backed effort to purge the editors responsible for the Tom Cotton op-ed, and socialist and longtime critic of Western foreign policy (and Israel) Glenn Greenwald, who departed the Intercept, the Pierre Omidyar–backed left-wing online news outlet that Greenwald co-founded.

Both had, from different perspectives, become critics of core left-progressive priorities during the Trump years. Weiss, in addition to her increasingly lonely support of Israel from the center-left, became a critic of aggressive “woke” social policy, an opposition that she has expounded from her new, independent post.

Greenwald, a longtime critic of American national security policy, who is perhaps best known for assisting Edward Snowden’s disclosures of classified information about the National Security Agency’s activities, emerged as a staunch critic of national security bureaucracies’ behavior during the investigations into alleged connections between Donald Trump’s 2016 presidential campaign and the Russian government. Greenwald has also criticized major technology companies’ decisions to bar former President Trump from their platforms, earning him more “strange new respect” from those on the political right.

The rise of Substack as a home for ideological dissidents like Weiss, Greenwald, and even some conservatives provoked backlash from the guardians of institutional journalism. The further creation of the social media platform Clubhouse, which facilitates online voice chatrooms, drew criticism from left-wing guardians of journalism who complained that the site’s non-retention of conversations would lead to “unfettered conversations” and lacked a “path to accountability”—one presumes, a “path” to cancel those whose conversations became too “unfettered” in objecting to current-year progressive sacred cows.

New Policy Reporting. Self-publication has also come to issue-level policy reporting. Steven Gutowski, a firearms journalist then at the Washington Free Beacon whom we mentioned as one of the right’s “outnumbered [issue] beat reporters,” formed his own for-profit website the Reload to provide coverage of firearms policy. Since debuting the site in late April 2021, the Reload has covered the National Rifle Association bankruptcy trial and leadership controversies, the Supreme Court’s decision to hear a challenge to New York’s strict concealed-carry regulations, and the Biden administration’s draft proposal to regulate so-called “ghost guns.”

For their part, right-of-center interests have expanded their state-level reporting networks, at least somewhat in response to the rise of the liberal States Newsroom and Democratic-aligned Courier Newsroom. The Franklin News Foundation, aligned with the network of public policy groups surrounding the Illinois Policy Institute, took over what was the Franklin Center for Government and Public Integrity and the folded Watchdog.org website. It created the Center Square, a state-policy reporting network to replace Watchdog.

The financial dynamics we noted in our last survey, in which the Left had a strong advantage, remain even in the narrow world of new statehouse efforts. In its 2019 tax year, the only year for which information is available at time of publication, the liberal States Newsroom reported $6,982,113 in revenue, more than triple Franklin News Foundation’s $1,713,981 from its most recent publicly available tax year of 2018.

The Trump years brought sea changes to the media, as a motivated woke-liberal audience flowed in alongside millions of dollars in nonprofit and for-profit money. Alongside that audience influx came the rise of the “internal mob,” enforcing a strict ideological line among journalists at metropolitan newspapers with the support of the labor unions, which ostensibly exist to protect journalists from arbitrary firing, among other labor practices. The rise of internal and external “cancel culture” drove some writers to platforms over which they maintained more personal control, while right-of-center outlets tried to walk the line between reporting accurately on the state of politics and irritating a now former president of the United States and his supporters.

In the nonprofit world, the “Trump bump” for (liberal) investigative reporting outlets receded even before their nemesis left office, but it was replaced with a new ideological effort to advance radical racial theories under the guise of history with the backing of one of America’s largest grantmakers. Ideologically aligned statehouse reporting picked up, with a continuing advantage for the Left in resources.

As the Biden administration proceeds, it remains to be seen what will happen to the media, both for-profit and not-for-profit. Will the realities of opposition yield further investment from right-of-center donors to hold the administration to account? Will continued labor union–orchestrated ideological purges in major newsrooms weaken them further? Will progressive activists and donors, who spent the Trump administration pouring resources into liberal media, continue to do so, now that their nemesis has departed the center political stage? Only time will tell.