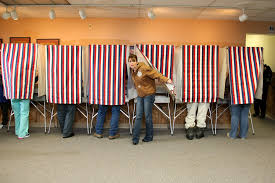 To many on the political Left, voter fraud is dismissed as a hoax or excuse that conservatives whip out when convenient.

They’ll have a hard time ignoring one of the most recent instances of election fraud, however.

Twelve employees of the Indiana Voter Registration Project are now facing criminal charges for allegedly submitting fraudulent voter registration applications ahead of the 2016 election. Employees were accused of falsifying hundreds of applications in order to meet paid quotas. If the defendants are found guilty, they could each face up to two-and-a-half years in prison.

To many, this kind of quota-meeting voter fraud won’t come as a surprise. CRC’s Dr. Steven J. Allen has written extensively on the quiet war being waged against the secret ballot and “the right to vote any way you want.” Three states – Washington, Oregon, and Colorado – have already abolished this essential democratic process, and more may follow.

CRC has investigated the campaign to expand election fraud in Organization Trends, exposing the schemes concocted on the far Left to oppose laws increasing voter transparency and swamp American elections with non-citizens.