Aiding the poor, healing the sick 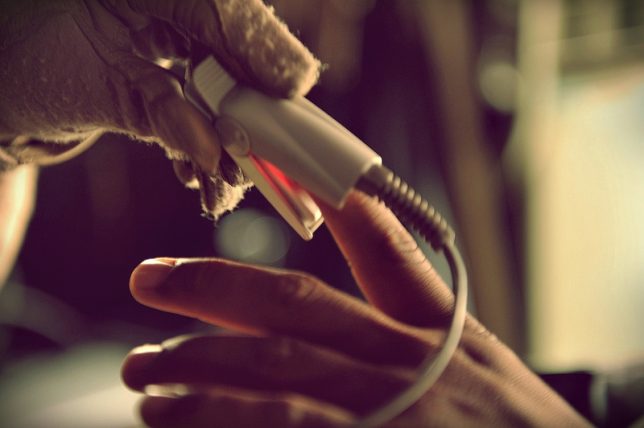 Well, the election is over, and we have a new president that a great many Americans in blue states don’t like. Rather than join in the screaming, or take any side in a flame war, it’s probably a good time to look at a non-political charity: one that looks at good deeds that need to be done, that government isn’t doing, and that is genuinely helpful. So that’s why Amy Woolard’s lengthy report on the activities of Remote Area Medical in the Virginia Quarterly Review is quite inspiring.

The second is, unfortunately, embraced by Remote Area Medical itself, as they have posted a piece on their website that was done for the “PBS News Hour” by Kaiser Health News, in which the author’s first six words introducing the piece are “the fate of the Affordable Care Act.” Speculation about the Obama administration’s health care policies shouldn’t cloud our judgment on what Remote Area Medical is doing.

RAM is the creation of Stan Brock, an 80-year old British expatriate. Brock dropped out of school in the early 1950s and ended up as a vaquero, working in British Guiana near the Brazilian frontier. One day in the rainforest he was mauled and nearly killed by a wild horse named Kang. Brock was 26 days away from the nearest doctor. He made the trek and eventually healed, but he decided that his life’s work was to bring medical care to people in remote areas. His nonprofit, headquartered in Knoxville, has mostly operated overseas, but since the mid-1990s has also offered services in the U.S.

Brock, according to Woolard, comes across as a mix between Sir Edmund Hillary and Sir Alec Guinness, although in the TV clip I saw he more closely resembled Edward Fox. He’s been an actor and an author, and for many years served as a host of “Mutual of Omaha’s Wild Kingdom.”[1] But he now dedicates his life to charity; Woolard says that Brock has “no assets, no personal entanglements, and no regular activities outside of the organization.”

RAM has several smaller events in the US, but their major one is at the Wise County Fairgrounds every July. About 2,000 patients, some of whom camp out for two days, attend, and about 4,000 volunteers serve them. The reason why the event in Wise County is so large, says Woolard, is due to the unsparing energy of Sister Bernie Kenny of the Medical Missionaries of Mary, an international Catholic charity, based in Ireland, founded by Mother Mary Martin. The Medical Missionaries and RAM have similar missions, and Sister Bernie persuaded RAM to come to Wise County.

Sister Bernie, a nurse practitioner, has been serving the Appalachian poor since 1978. She can do a great deal, but one service she can’t provide is fixing teeth. That’s important, not only because bad teeth lead to all sorts of other medical problems, but also because people who don’t have teeth don’t get jobs.

Eighty dentists attend the Wise County event, many affiliated with Mission of Mercy, a program of the Virginia Dental Association Foundation. Setting up eighty dental chairs in a fairground is not easy. Several dozen dental students spend hours unpacking the chairs and setting them up, including the 1,600 feet of electrical cords needed to keep all the equipment running. Every two hours the dental clinic shuts down so that the dentists can carefully store accumulated medical waste for disposal.

A common complaint among the dentists and doctors regarding their patient’s bad choices is “Mountain Dew mouth,” as many patients have drunk far more soda than they should. Appalachia also has far too many adults who started smoking as teenagers. But other health problems aren’t due to bad decisions. The coal mines may be gone, but the surviving miners have lungs clogged by decades of coal dust.

Woolard also spends some time talking to volunteers, who think health insurance should be cheaper and include vision and dental care. But what her fine piece shows is that we should set aside arguments about public policy and simply offer our respect and praise for the fine work the medical and dental volunteers perform in Wise County every year.

“RAM doesn’t solve and can’t solve the U.S. healthcare crisis—or poverty, for that matter,” Woolard concludes. “But it clears a path.”

[1] I once met the other co-host of “Wild Kingdom,” Marlin Perkins. It’s been 30 years since I met Perkins, and all I can remember of our conversation is that he was wearing a very wide tie in which every inch had a painting of a wild animal.