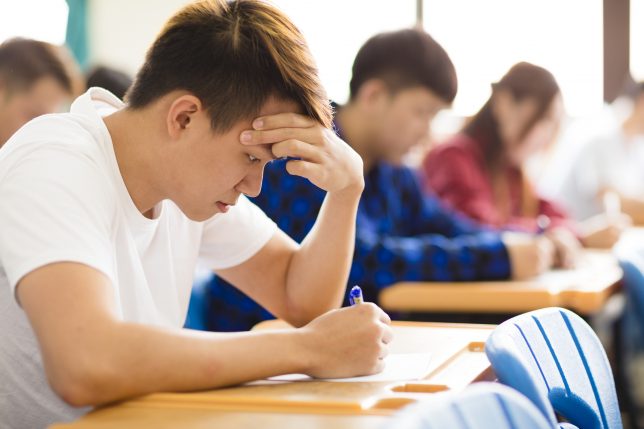 The U.S. Justice Department’s Civil Rights Division has announced it will revive a 2015 complaint of racial discrimination filed against Harvard University by sixty-four Asian American organizations. The groups claim that Harvard continuously and intentionally discriminates against applicants of Asian ancestry by placing affirmative action quotas and unfair standards on the number of Asian students admitted to the university each year.

“If one group of students are held to higher standards based on their appearance, that’s not right,” says Swan Lee, one of the organizers of the coalition behind the complaint. Harvard’s enrollment figures show that Asian American students made up just 18 percent of enrollment in 2013 – a similar figure (14 to 18 percent) as enrollment at other Ivy League universities, including Brown, Colombia, Cornell, Princeton, and Yale.

In contrast, universities in California—which banned discrimination via affirmative action during a 1996 referendum on affirmative action—exhibit much higher percentages of Asian American enrollment, with 34.8 percent at the University of California, Los Angeles; 32.4 percent at U.C. Berkeley; and 42.5 percent at the California Institute of Technology – a significant increase for the Institute where Asians made up just 25 percent of total enrollment in 1992.

The application process for schools, fellowships, and jobs always came with a ritual: a person who had a role in choosing me—an admissions officer, an interviewer—would mention in his congratulations that I was “different” from the other Asians. When I won a scholarship that paid for part of my education, a selection panelist told me that I got it because I had moving qualities of heart and originality that Asian applicants generally lacked. Asian applicants were all so alike, and I stood out.

In truth, I wasn’t much different from other Asians I knew…. But I got the message: to be allowed through a narrow door, an Asian should cultivate not just a sense of individuality but also ways to project “Not like other Asians!”

Harvard law professor Alan Dershowitz asserts, “The idea of discriminating against Asians in order to make room for other minorities doesn’t seem right as a matter of principle.”

Affirmative action policies arose in the late 1960s as an attempt to racially integrate minority students into U.S. colleges. But this led to an unintended side effect called the “mismatch effect.” By focusing on creating racially diverse college campuses—rather than admitting students who are prepared academically—administrators accepted students who weren’t equipped for the academic rigor of the university. The mismatch effect led colleges to prefer students based on their race, athletic ability, or legacy status at the school over their academic merit – setting many up to fail before they even begin.

The groups suing Harvard University argue that this discrimination has a seedy history. Beginning in the 1920s, top colleges like Harvard placed limits on the number of Jewish students they would accept. A. Lawrence Lowell, then Harvard’s president, warned that the “Jewish invasion” would “ruin the college,” and argued that an enrollment cap of 15 percent was a necessary solution. The University invented a “holistic” admission system where applications academic achievements matter less than subjective characteristics such as “leadership” and “sociability.” Within a year, the policy had decimated the admissions of Jewish students.

A 2016 Gallup study reported that nearly 7 in 10 Americans (including 57 percent of African Americans) believed that a student’s race should not be a factor in admissions decisions. If Harvard wants to help solve social inequities, it should abandon its antiquated social engineering program and return to what it does best: educating the next generation of leaders.