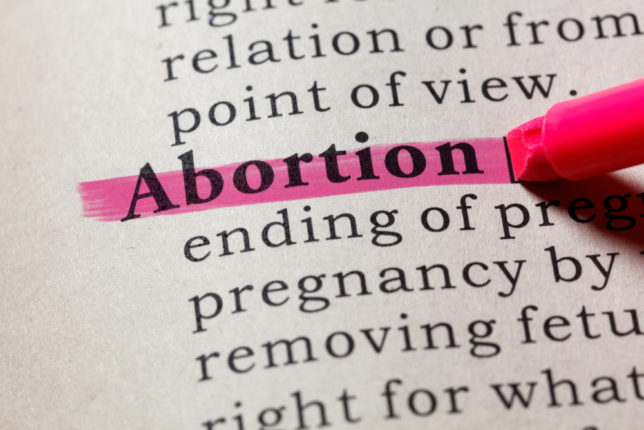 Ballooning inflation, high gas prices, a looming recession—it’s the 1970s all over again.

Even today’s abortion fights recall the era of disco. In 1973, the Supreme Court foisted novel abortion “rights” on the country in Roe v. Wade, leading Congress to pass the Helms Amendment (not to be confused with the similar Hyde Amendment) to the Foreign Assistance Act a few months later. The amendment bars U.S. foreign aid from being used to fund abortions as “a method family planning” abroad. Back then, the amendment had bipartisan support, passing the Republican-controlled Senate and Democratic-controlled House of Representatives.

How things change. With Roe gone, the activist Left is gunning for anything standing in the way of their extreme anti-life agenda—including the Helms Amendment.

Leading the charge is Repeal Helms, a coalition quietly led by the abortion advocacy group Ipas, according to its web domain registration.

Ipas is one of the Left’s biggest lobbies, spending $67 million in 2020 alone, much of it to expand abortion access in Africa and Asia. The group invented manual vacuum aspiration (MVA) technology to perform “uterine evacuations”—literally sucking out embryos and fetuses from the womb—which is marketed in over 100 countries.

Another 180 or so feminist, pro-abortion, and left-wing advocacy groups are part of the Repeal Helms Coalition, such as the evocatively named SlutWalk and EngenderHealth (formerly the Sterilization League of New Jersey). George Soros’s Open Society Policy Center, Norman Lear’s People for the American Way, and the Center for American Progress have also endorsed the campaign.

Amazingly, many of these groups share a common mega-donor: the Susan Thompson Buffett Foundation, itself bankrolled by billionaire investor Warren Buffett. I’ve estimated that between 2000 and 2020 the Buffett Foundation poured close to $5 billion into pro-abortion groups. That’s enough to pay for nearly 4 million 20-week abortions, according to estimates from the Guttmacher Institute, the Left’s top pro-abortion think tank.

This isn’t the first effort to repeal the Helms Amendment. Democrats introduced similar bills in 2020 and again in 2021, neither of which advanced out of the House.

As for the original author of the amendment, Sen. Jesse Helms (R-NC)—a staunchly conservative Democrat until switching parties in 1970—also introduced legislation in 1973 to amend the U.S. Constitution to recognize a right to life “from the moment of conception,” though the bill didn’t go very far. Interestingly, Helms chaired the powerful Senate Foreign Relations Committee until 2001, when he retired and was succeeded by then-Sen. Joe Biden (D-DE).

History will prove whether this marks the beginning of a new era of radical abortion access or is merely a half-hearted Parthian shot by a diminishing political party.