A SURJ of Social Justice from the Social Good Fund 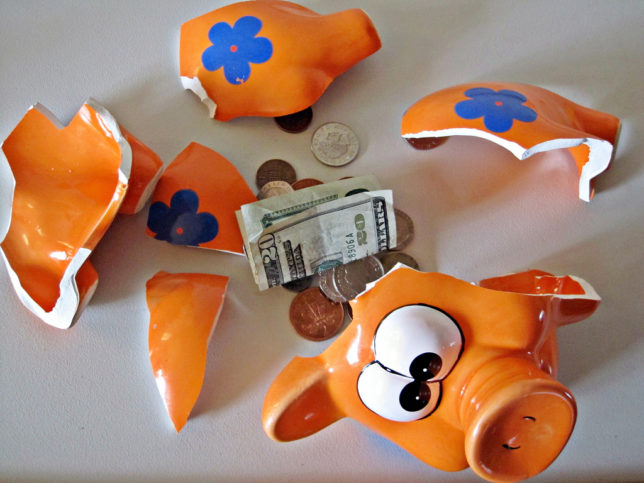 The Social Good Fund is a nonprofit funder created in 2012 that aims to “create and establish positive influences for individuals, communities, and the environment.” To this end, it has become a rather generous sponsor of numerous social welfare causes, most of which are leaning center to far-left. Some of these causes are well-intentioned, others, such as “climate disobedience” and population control schemes seem to borderline toward reckless and at times, radical philanthropy. Others are benign —and ineffective.

Social Good Fund, for example, hosts Sidewalk Talk, a San-Francisco based organization created in 2014 where therapists listen to random passersby as part of their vision to “help heal that which divides us through the fine art’; of skilled listening.”

During Sidewalk Talk’s first outing in 2015, 20 therapists sat for two hours offering to listen to anyone who happened to pass by on the sidewalk. But since most of the organization’s volunteers, today, aren’t licensed therapists, it’s hard to imagine this program provides a sustainable benefit to communities. And while the organization’s activities have expanded to include listening events, an online curriculum, retreats, books, and mobile applications, it still fails to provide a specific and measurable goal for its work.

What’s worse, Sidewalk Talk runs the risk of sending volunteers without in-depth and comprehensive training to the streets of San Francisco, a city that has a noticeably high homeless population and numerous public health issues. Mental illness (such as schizophrenia, bipolar disorder, anxiety, depression, etc.) is one of the top three causes of homelessness, and is a serious problem faced by many homeless families. Volunteers lacking expertise in these areas might not only fail to improve these issues but could potentially cause serious harm.

While some of Social Good Fund’s projects demonstrate a naïve (if relatively harmless) approach to philanthropy, many of its other projects seem to define “charity” as radical activism.

For instance, look at Showing Up for Racial Justice (SURJ), an agitation group dedicated to aggressive “social justice campaigns.” The group was formed in 2009 by longtime political activists Carla Wallace, Pamela McMichael, and JLove Calderon to pressure white Americans to engage in racial reconciliation advocacy, criminal justice reform, and “class consciousness.” Today, SURJ encompasses over 120 affiliate chapters in 45 states, the District of Columbia, and Canada.

SURJ organizes a wide variety of audiences from families, faith communities, and activists in the disability justice movement. Every year it holds its Poor and Working Class Gathering where participants hold workshops using SURJ’s written resources on topics, including their cross-class capacity tool to help white people “across the class spectrum” tackle supposed white supremacy and engage in the “complex struggle and beauty of liberation.”

And what is the so-called white supremacy they aim to defeat? As SURJ defines it, a white supremacist culture is manifested in organizational characteristics, such as “worship of the written word,” “individualism,” and “objectivity.”

Perhaps unsurprisingly, SURJ activists are so beyond the mainstream that the group has faced its fair share of critics—oddly enough, from those within their own ranks to other racial reconciliation advocates.

In 2016, the Charlotte, North Carolina, chapter of SURJ disbanded and called for the disbandment of the national organization. “We are calling for the disbandment of national SURJ and for the redistribution of the energy of white people into Black, Brown, Indigenous, and People of Color led groups and endeavors for true racial justice and collective liberation [emphasis added].” Read their post announcing their disbandment here.

It’s telling that this statement of disbandment, unlike other initiatives and calls-to-action from SURJ, was shared so widely among Black organizers. It seemed that one chapter finally got it right, and they did so by realizing they got it wrong. As more and more (and more, and more) troubling testimonies criticizing SURJ came to light, I became increasingly vocal in my opposition.

SURJ claims to provide financial support for black-led organizations, but this claim is unproven since documents proving this are not made public requiring those interested to take the organization at its word.

Even DeAngelo highlights this issue in her critique of SURJ, writing: “SURJ, for example, has raised hundreds of thousands of dollars over the past decade through crowdsourcing and direct asks. Much of that money has found its way to Black organizers and communities of color. Much of it hasn’t.”

DeAngelo has a point.  Aside from their far-left agenda, the group can hardly be labeled “transparent.” Because it’s a project of the Social Good Fund, SURJ does not file annually with the IRS or disclose any financial information apart from what its parent reports. And while the Fund’s donors are disclosed, it’s usually unclear which donors paid to support SURJ or any other individual Social Good Fund project.. Though not uncommon (nor necessarily nefarious), this arrangement makes transparency non-existent.

This seems to be a consistent theme with projects of the Social Good Fund: a group that, in founder Michael Pace’s words, would “open the doors for everyone who wants to create their own vision.” Unfortunately, Pace’s group seems to provide a platform for feckless—even reckless—causes.

Nonetheless, SURJ is not the only project of the Social Good Fund with a disturbing definition of philanthropy.

The Climate Disobedience Center’s activists include Tim DeChristopher who disrupted a December 2008 Bureau of Land Management oil and gas auction by placing $1.8 million in false bids for land parcels around Arches and Canyonlands National Park in Utah. DeChristopher was charged with defrauding the government, fined $10,000, and placed in custody. He served a sentence of two years in federal prison.

While awaiting his sentencing in April 2011, DeChristopher delivered the keynote speech at Power Shift 2011 to 10,000 students. DeChristopher eventually led these students to illegally “occupy” the Department of Interior before disappearing to avoid arrest.

Of all the problems that come from the Social Good Fund’s sponsorship of an organization with a cause like Climate Disobedience Center, the most visible is its seeming support for criminal activity. Support for DeChristopher seems to suggest a terrible message: violating private property rights is fine—even commendable—as long as it’s for a “principled cause.”

While it wouldn’t be fair to accuse the Fund of endorsing criminal activity, the Fund remains disturbingly silent on both SURJ’s aid to immigrants intent on breaking federal immigration laws, and the Climate Disobedience Center’s violation of property rights. That isn’t philanthropic work—it’s irresponsible.

Nonetheless, it seems that the Social Good Fund has little concern over the effectiveness of their giving but rather on creating as many flowery-missioned, wasteful, and impractical boondoggles as possible.