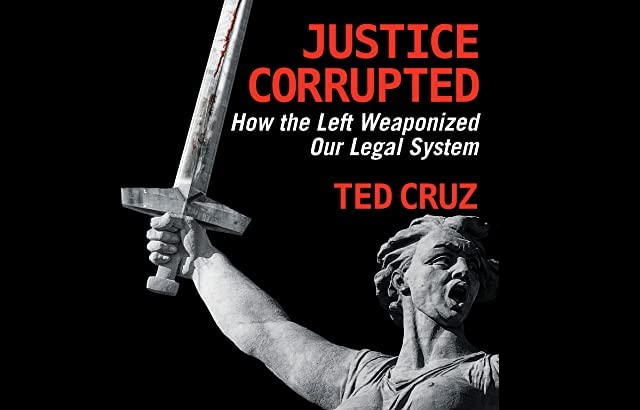 Texas GOP Senator Ted Cruz’s account of what happened in the Senate on January 6 in his new book Justice Corrupted: How the Left Weaponized Our Legal System leaves one with two very strong impressions: First, the debate about to take place that day (but never did) over certifying electors wasn’t even close to the perversion of democracy the media has insisted it was. Second, this part of the senator’s book may be one of the primary reasons it was written. 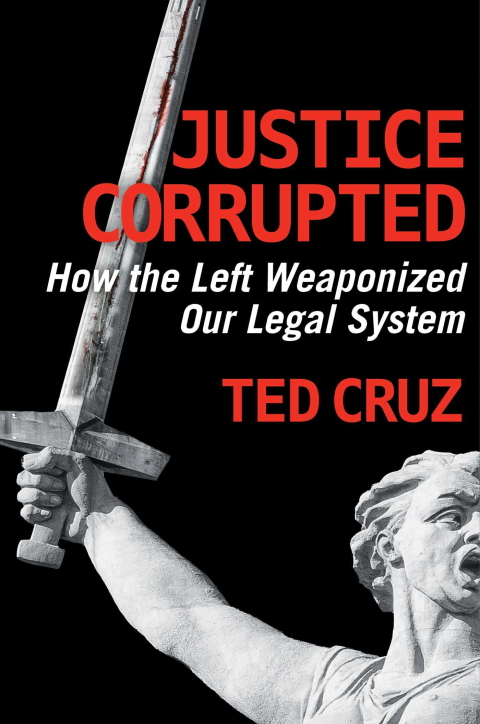 While the good senator covers every other reliably conservative response to the issues currently facing the justice system (albeit in sometimes—at least no doubt to his detractors—surprisingly open-minded ways), the chapter detailing the events of January 6 is in the middle of the book, contains the full letter written by the coalition of colleagues he built to debate a challenge to electors, and is written in a serious tone not always apparent in other chapters (and Cruz can be quite funny, as anyone who’s listened to his popular podcast The Verdict can attest).

But more on that in a minute. This chapter, called “January 6,” is serious. Like almost every other chapter, it is remarkably accessible, interesting, and devoid of high legalese. In short, this chapter—and, indeed the book itself—is a good, easy, interesting read.

Justice Corrupted is a love letter of sorts to the American justice system by way of examining how and when it’s suffered abuse at the hands of politicians, left and right, and unelected partisan bureaucrats.

It covers everything from Nixon’s, FDR’s, and Obama’s abuse of the IRS (with a not too subtle suggestion to just disband the beleaguered Treasury bureau already), to much more recent events like Crossfire Hurricane and Russia collusion.

It also details Cruz’s career intersection with the issue of election integrity, beginning with his role in the 2000 election. Other subjects include critical race theory, the George Floyd protests, and Soros prosecutors, to name a few. For example, readers may be surprised to learn that one way leftist Hungarian billionaire George Soros managed to keep eyes off the funding of his preferred criminal-friendly district attorneys (DA) was by doing it while the whole world was watching Donald Trump’s improbable rise and ultimate win over Hillary Clinton. The original Soros-funded DAs won during the same cycle.

Cruz’s book is full of nuggets like these that, unless one is steeped in Washington, DC, think tank world (ahem), the average American may have missed. It’s those little insights into how the sausage is made—in a style that belies the reputation Cruz has for being combative and condescending—that make this book not only informative but also a little bit of fun.

He takes particular delight, for instance, in calling out the hypocrisy of Marxist-aligned critical race theorists like Ibram X. Kendi. After quoting from one of the author’s books in which Kendi asserts “whites have tried to level the playing field with the AIDS virus,” Cruz writes this:

Now, unlike Ibram Kendi, I do not have a Ph.D. in African American studies. I have not attended graduate-level courses in antiracism, and I have not written any of the major works of Critical Race Theory that have suddenly become in vogue in our culture. However, I do feel relatively safe in asserting that when you’re trying to determine who is and is not racist, it might be a good idea to check whether the person in question has ever . . . well, let’s see, accused an entire race of creating and deliberately spreading the AIDS virus.” [original emphasis]

Cruz is equally funny when talking about Nixon’s paranoia and this little gem about J. Edgar Hoover:

I have long believed that James Comey fancied himself the modern incarnation of J. Edgar Hoover, full of grandiose ambition and replete with blackmail files illicitly obtained. (I don’t know if he also favored women’s lingerie and red pumps.)

In short, this is a fun, and maybe even an important, read. It’s a history lesson on the corruption of the system Cruz seems to genuinely love. Everyone from Scooter Libby to U.S. Assistant Attorney General Kristen Clark, from JFK to Sen. Bob Menendez (D-NJ), from Dinesh D’Souza to Ray Epps, and from Ketanji Brown Jackson to G. Gordon Liddy is given the once over. And Cruz delights in the task.

The senator has written a good book. One that informs as well as entertains. And the reader comes away better educated – both on the history of the justice system and on the Senator himself – even if their biases tell them they already know the whole story.